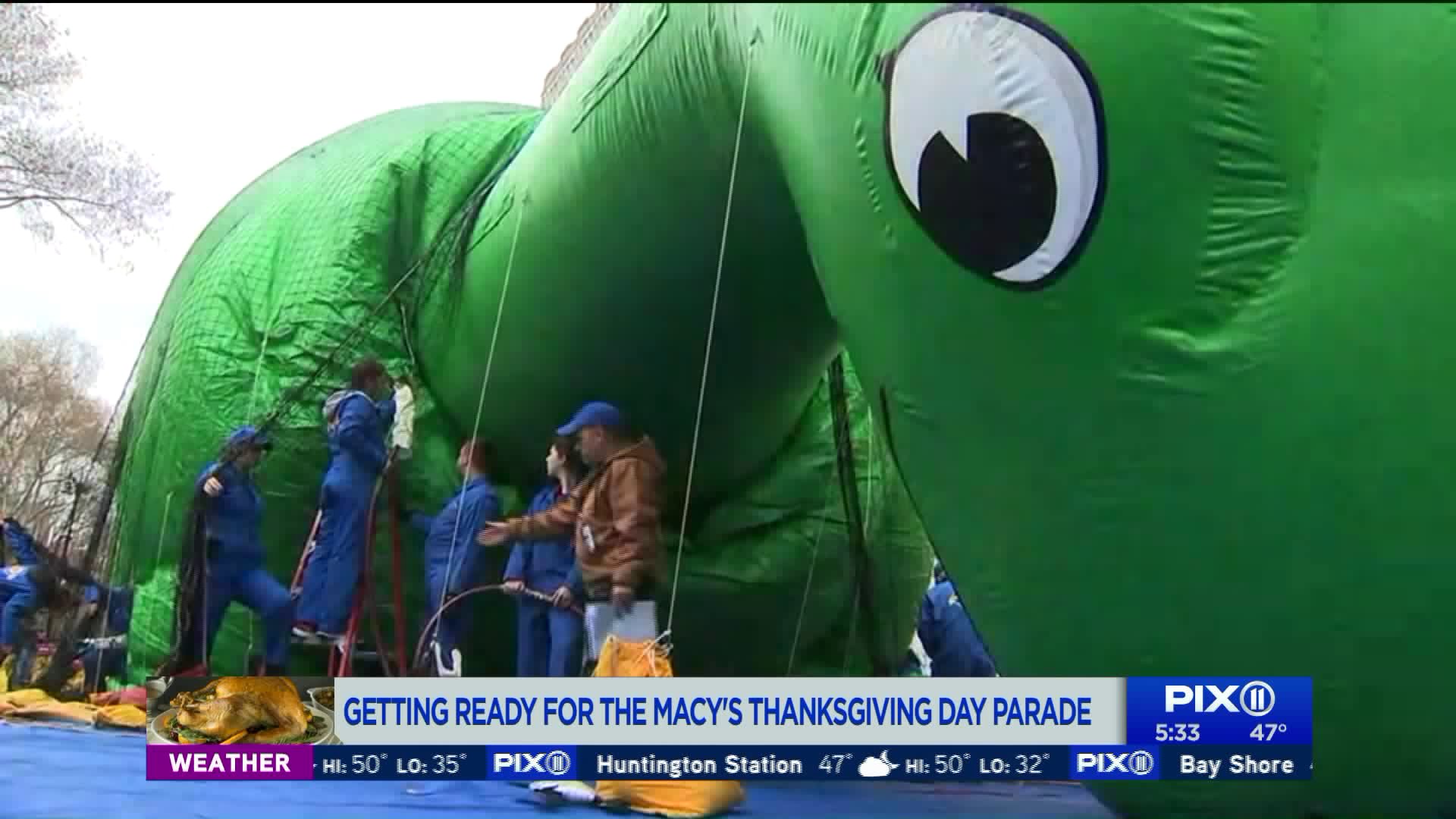 PIX11`s Kirstin Cole was on Manhattan`s Upper West Side early Thursday as organizers continued prepping for the annual Macy`s Thanksgiving Day Parade. Get a sneak peek at the floats and some of the already inflated balloons. The big question on everyone`s mind today? Will those iconic inflatables fly amid warnings of high winds, and if so, how high will they go? 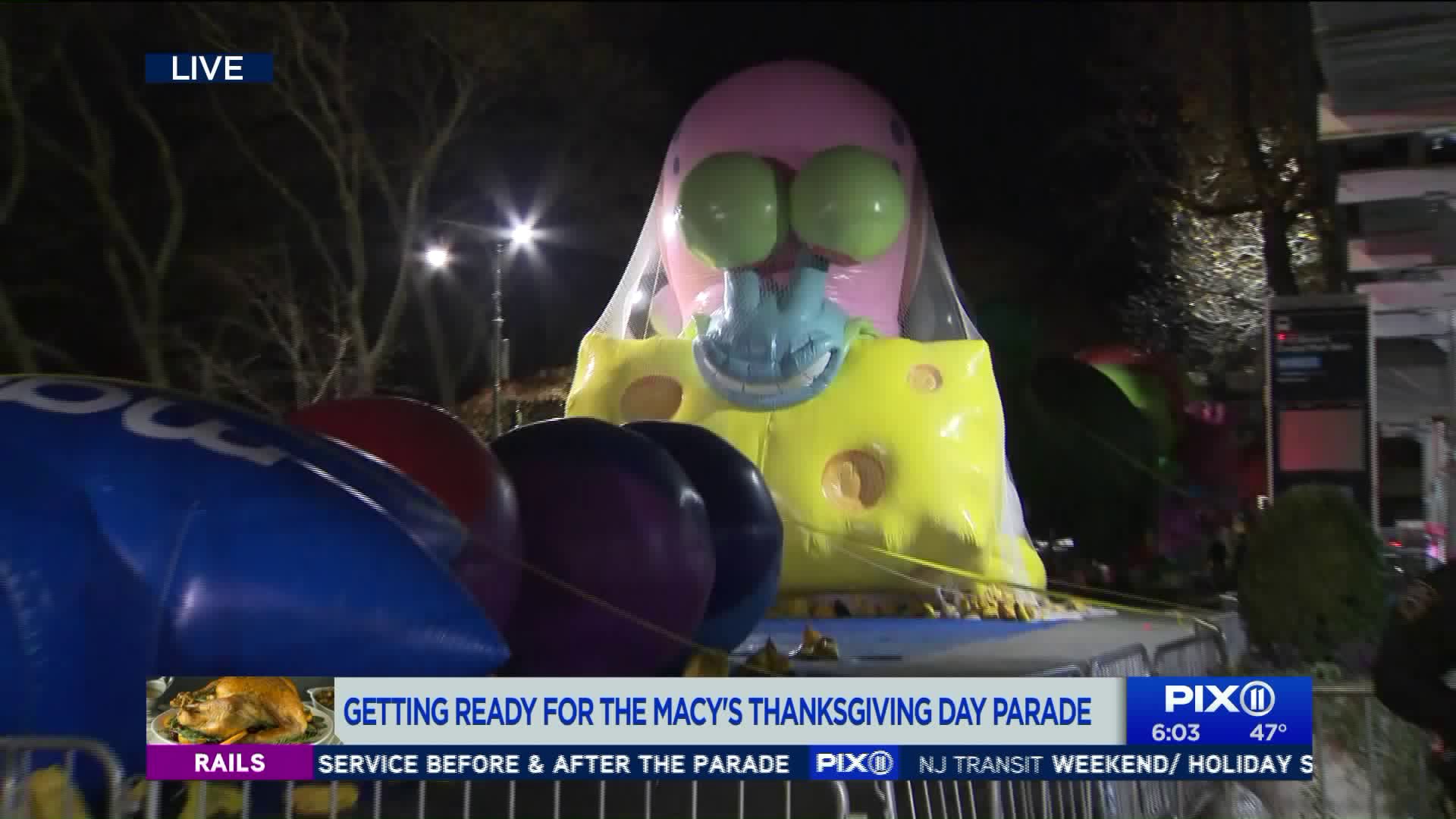 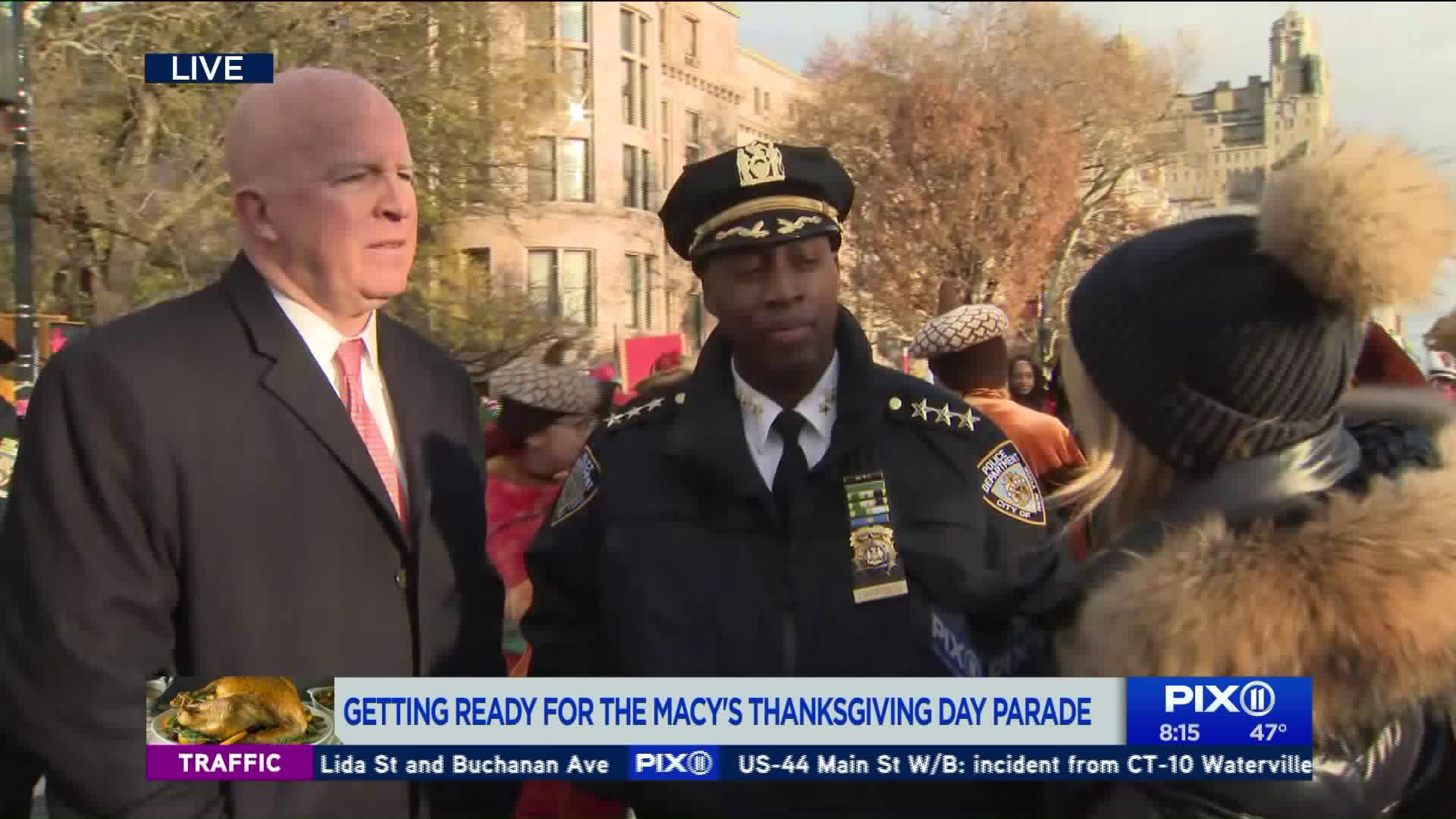 UPPER WEST SIDE, Manhattan — The NYPD has officially said the famous giant balloons will be flying in the Macy's Thanksgiving Day Parade today, despite forecasted strong winds.

Chief of Patrol Rodney Harrison made the announcement on the PIX11 Morning News just minutes after the NYPD tweeted, "Hey Astronaut Snoopy, we are clear for take-off!"

Hey Astronaut Snoopy, we are clear for take-off!

Did you know that each balloon at the Thanksgiving Day Parade has an NYPD supervisor assigned to it? They train with @Macys to ensure the safety of everyone, and they have given us the “all clear” for this morning!#MacysDayParade pic.twitter.com/6Ff3XmSaNH

Parade officials and the New York Police Department will continue keeping an eye on wind gauges along the 2.5-mile (4-kilometer) parade route that snakes through Manhattan, and adjust the heights of balloons as needed.

If wind speeds reach dangerous levels, the 16 helium balloons — including Smokey Bear and Snoopy — could be brought down to float at a lower level or taken out of the parade.

The National Weather Service projected sustained winds of up to 24 mph (39 kph) with gusts to 40 mph (64 kph) during the parade.

The parade, one of the city’s most popular events, features about 8,000 marchers, two dozen floats, and marching bands, ending with an appearance from Santa Claus.

Among the performers scheduled for this year are actor Billy Porter of “Pose,” and singers Celine Dion, Ciara, Kelly Rowland and Idina Menzel.

The rules requiring them to be grounded in high-wind conditions came after wind blew a “Cat in the Hat” balloon into a lamppost near Central Park in 1997, critically injuring a woman.

In 2005, eight years after the “Cat and the Hat” went off course, an M&M’s balloon smacked into a lamppost in Times Square, causing cuts and bruises to a woman in a wheelchair and her 11-year-old sister.

In 2017, a gust on an otherwise calm day sent a smaller balloon into a tree branch. That one popped and fell harmlessly onto the crowd.