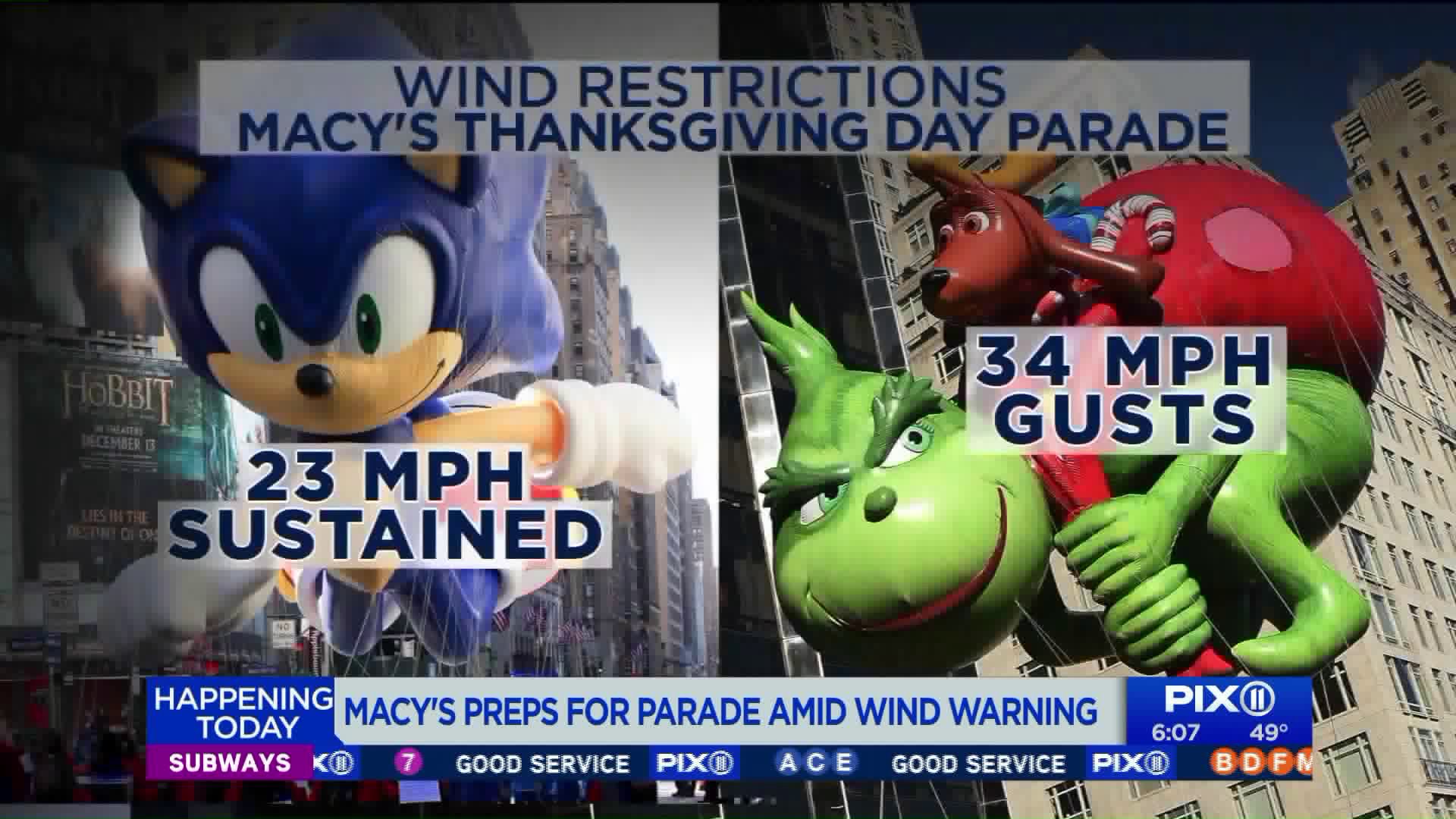 Macy`s is preparing for their annual Thanksgiving Day Parade while keeping a close eye on the weather and wind conditions for the holiday. High winds are expected on turkey day, meaning the balloons could not go up. The decision will be made early Thursday morning and Macy`s will inflate the iconic balloons Wednesday evening as planned just to be ready either way.

UPPER WEST SIDE, Manhattan — Sixteen giant balloons, the stars of the Macy's Thanksgiving Day Parade, might be forbidden to fly if the windy forecast holds up Thursday morning, but Macy's is still preparing as normal for the annual procession.

Macy's will begin inflating the famous balloons into Wednesday evening on Manhattan's Upper West Side, starting at 1 p.m. at West 77th Street and Columbus Avenue.

The city will ground the iconic 50-foot inflatables Thursday if sustained winds are above 23 mph. and wind gusts exceed 34 mph., which Macy's meteorologists fear is a realistic possibility.

If the wind exceeds those numbers, it would be just the second time in the parade's history that wind grounded the giant balloons. The last time the parade’s balloons were grounded due to inclement weather was 1971, according to the New York Times.

If they do fly, their experienced handlers are prepared to adapt along the tricky two-mile route.

Back in 1997, the famous Cat in the Hat balloon injured four people after being overtaken by strong wind. The following year, city officials instituted the regulations for grounding the giant balloons amid high winds.