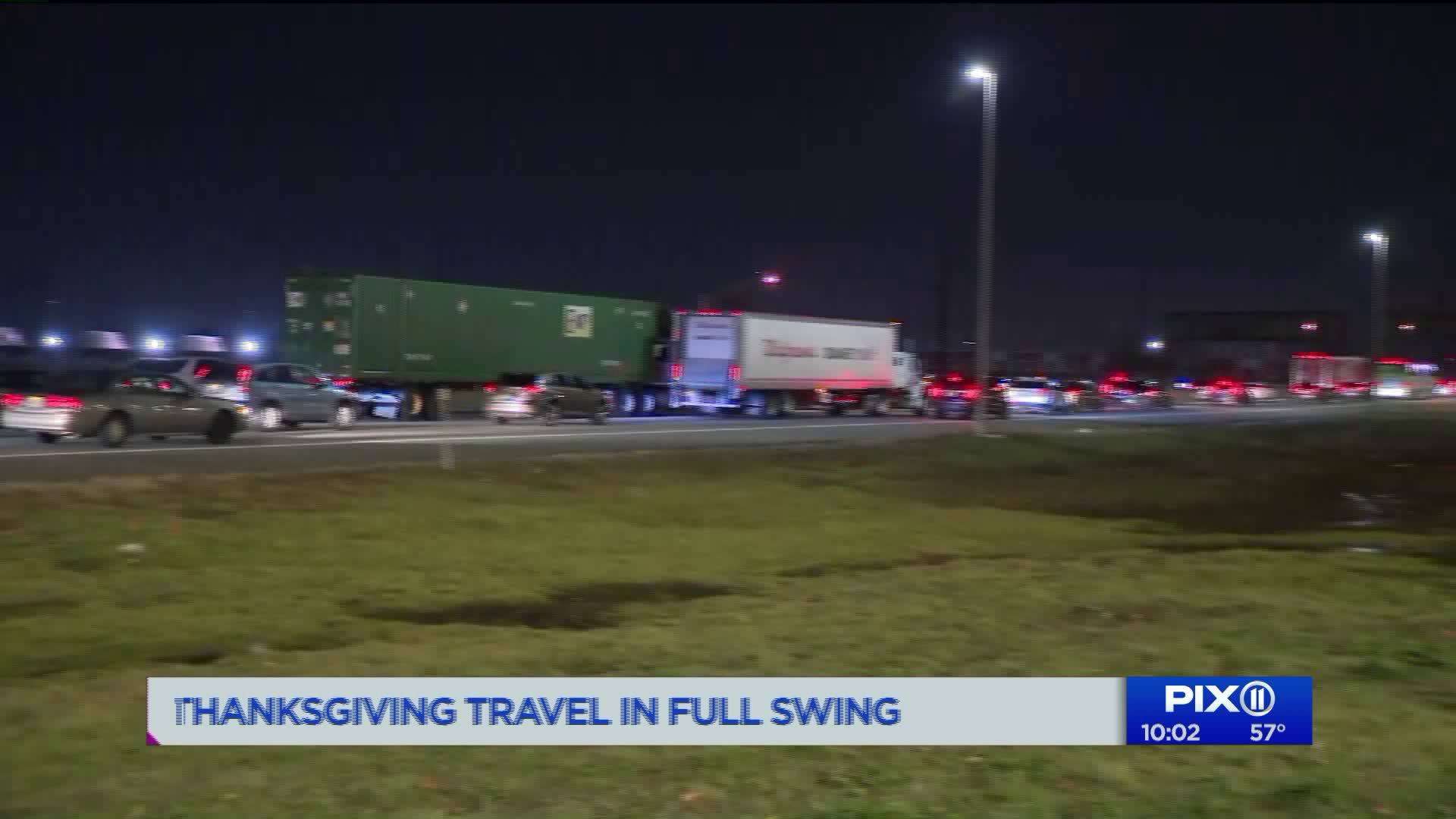 More than 55 million people are expected to travel for Thanksgiving this year, the most since 2005.Many people hoping to beat the crowds by getting away Tuesday evening found that they weren`t the only ones with that idea.

SECAUCUS, N.J. — More than 55 million people are expected to travel for Thanksgiving this year, the most since 2005.

Many people hoping to beat the crowds by getting away Tuesday evening found that they weren’t the only ones with that idea.

Some travelers couldn’t believe their eyes when they hit the road. Air 11 captured the bumper-to-bumper traffic out of the city as the holiday travelers merged with the evening rush creating gridlock on the roads.

Hesham Attia is headed to Pittsburgh for the holiday. But after just 15 minutes without moving, he was reconsidering his decision to drive.

“You see all that traffic right there? Crazy,” Attia said. “Hopefully I can catch it in five hours.”

Almost 50 million people are expected to drive to their Thanksgiving destination this year.

Londa and Maxine Holsinger stopped at the Alexander Hamilton rest stop in New Jersey having already spent 8 hours in their car on their way from Vermont to Philadelphia.

“Google told us it would take a lot less time,” Linda Holsinger said. “And my husband was like, oh no the algorithm... so we went through New York City, which was dumb, instead of going around and avoiding the whole thing.”

The trip usually takes them about six hours, but on Tuesday they were hopeful they could make it in nine or 10. Still too far to go to dream about the Thanksgiving feast just a couple days away.

“I’m mostly dreaming of sleep,” said Maxine Holsinger. “Just like a nice bed. Not car. Anywhere that isn’t a car.”

Lucy Quinones is driving to Florida to be with family and that means she’ll have to deal with traffic all over again on Wednesday.

“I took tomorrow off, that way I’d be at least halfway,” Quinones said.

Flying might not have been any easier. Winter weather out west caused flight cancelations across the country. An added obstacle during a holiday where an average of 15 percent of all flights are delayed or canceled in a good year.

And while it might sound hard to believe, things are only expected to be worse Wednesday. AAA says the worst time to leave is between 5:15 and 7:15 p.m. Wednesday. If that’s the time you’re planning to hit the road, they say you should expect your trip to take 3.5 times longer than it would on a normal day.