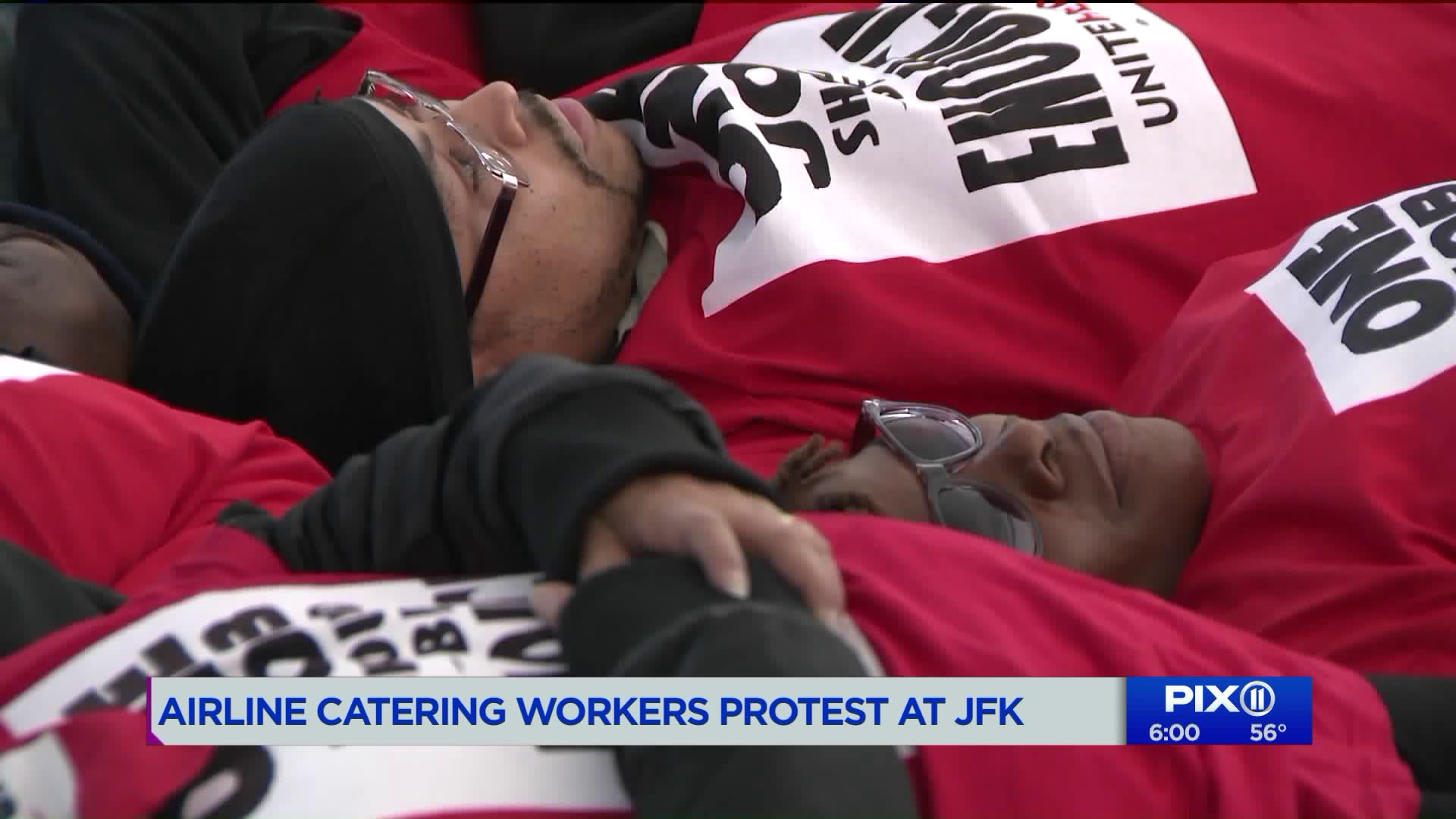 Dozens were arrested after protestors took over a terminal at John F. Kennedy International Airport on Tuesday. 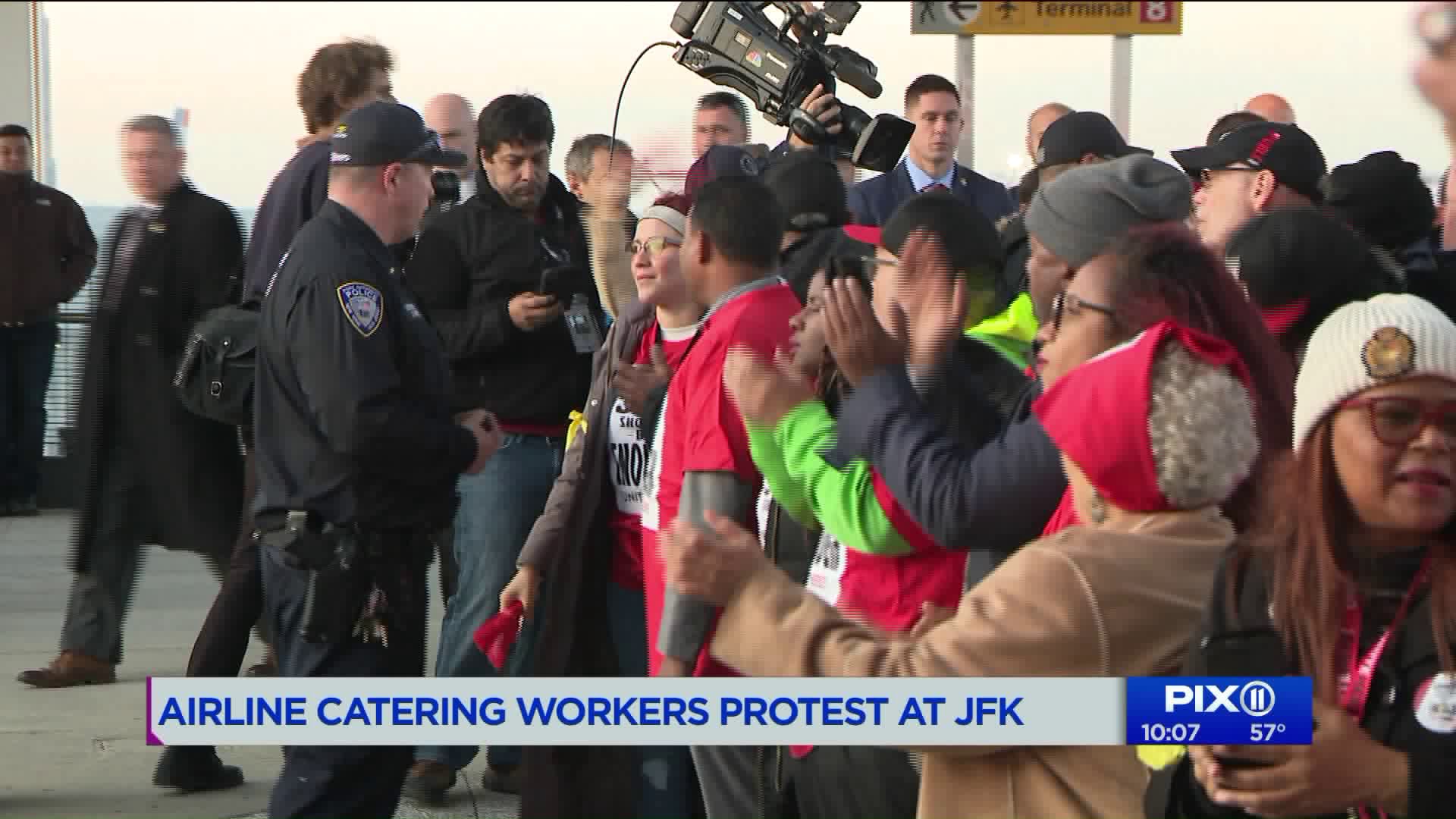 QUEENS — Dozens were arrested after protestors took over a terminal at John F. Kennedy International Airport on Tuesday.

Travelers trying to get to their Thanksgiving destinations were met by frustrated airline catering workers and their supporters at Terminal 8.

"Approximately 60" people were arrested, a Port Authority police spokesperson said. They staged a die-in and blocked the roadway.

The protestors were joined by Mayor Bill de Blasio.

"The people united can NEVER be divided, and this city's a union town," he tweeted, "I'm at JFK Airport to stand with @unitehere."

The protestors want more money, respect and medical care. They arrived at JFK around 3 p.m. Hundreds of protestors showed up in buses.

Their union spokespeople said 70 percent of members depend on Medicaid or go without health care all together.

"Our negotiating team and a federal mediator have been working since May 2019 to negotiate in good faith with the union representing our employees," LSG Sky Chiefs said in a statement. "Our company has offered improvements in wages and is discussing numerous other issues covered by our collective bargaining agreement. While this is a short period of time to negotiate a complex labor agreement, we feel progress is being made with the help of the federal mediator."

"We remain committed to negotiating in good faith," they added.