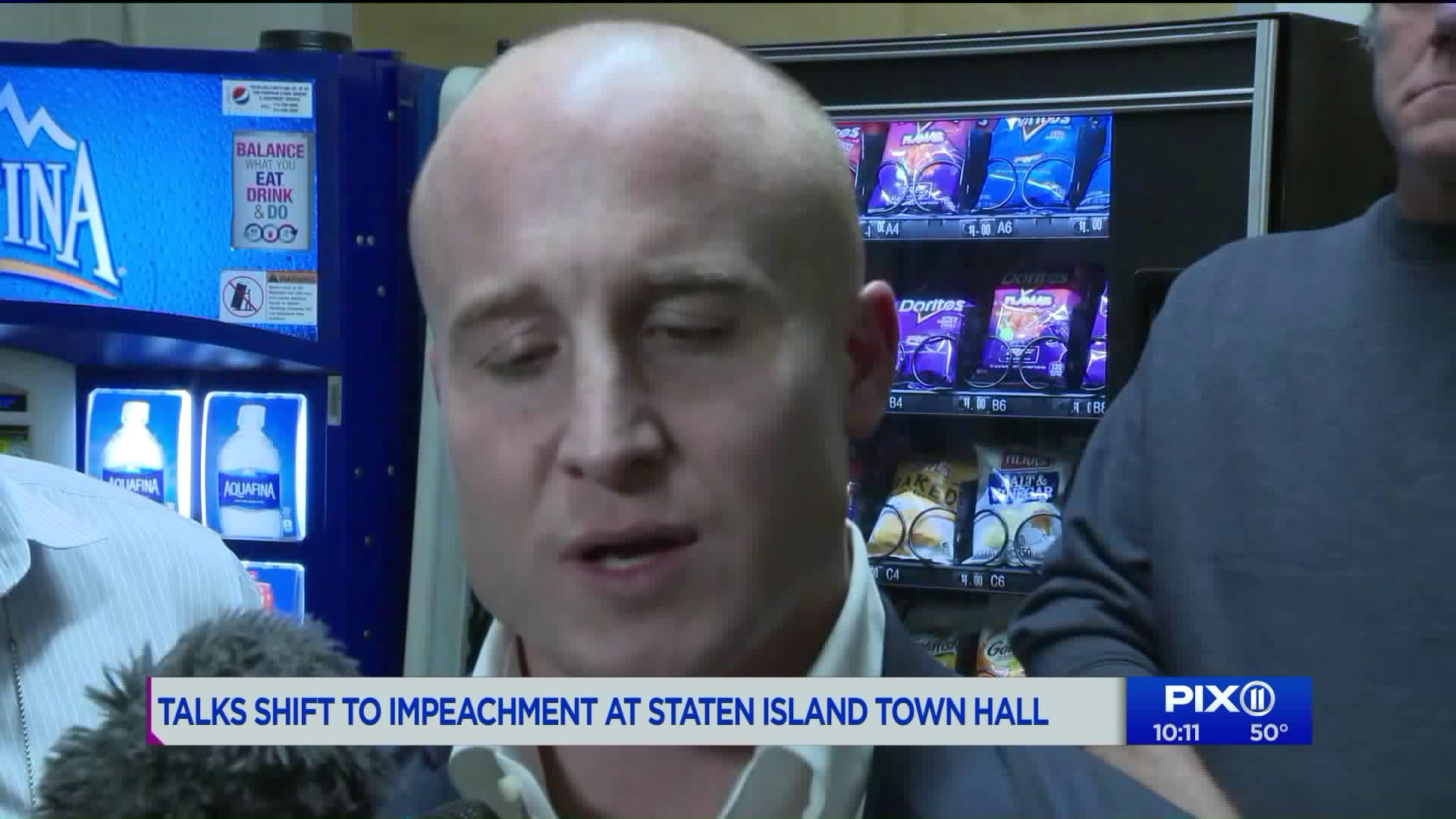 An infrastructure town hall led by Congressman Max Rose focusing on a planned sea wall turned political at points with impeachment hanging over the proceeding.

Rose, a Democrat, was hesitant to support the impeachment process. He was greeted with a mix of cheers and boos at the town hall.

The town hall comes on the heels of two weeks of public impeachment testimony where President Trump stood accused of trading a meeting and military money for politically motivated investigations in Ukraine.

When one of the President’s supporters started yelling at the congressman, Rose responded by acknowledging that impeachment has divided the country. He then deftly turned the topic back to the sea wall. The response was met with applause.

Following the town hall, Rose told reporters he is not going to make decisions about impeachment and his reelection based on polls. The congressman also said anyone subpoenaed by Congress with knowledge of the Ukraine matter, should appear.