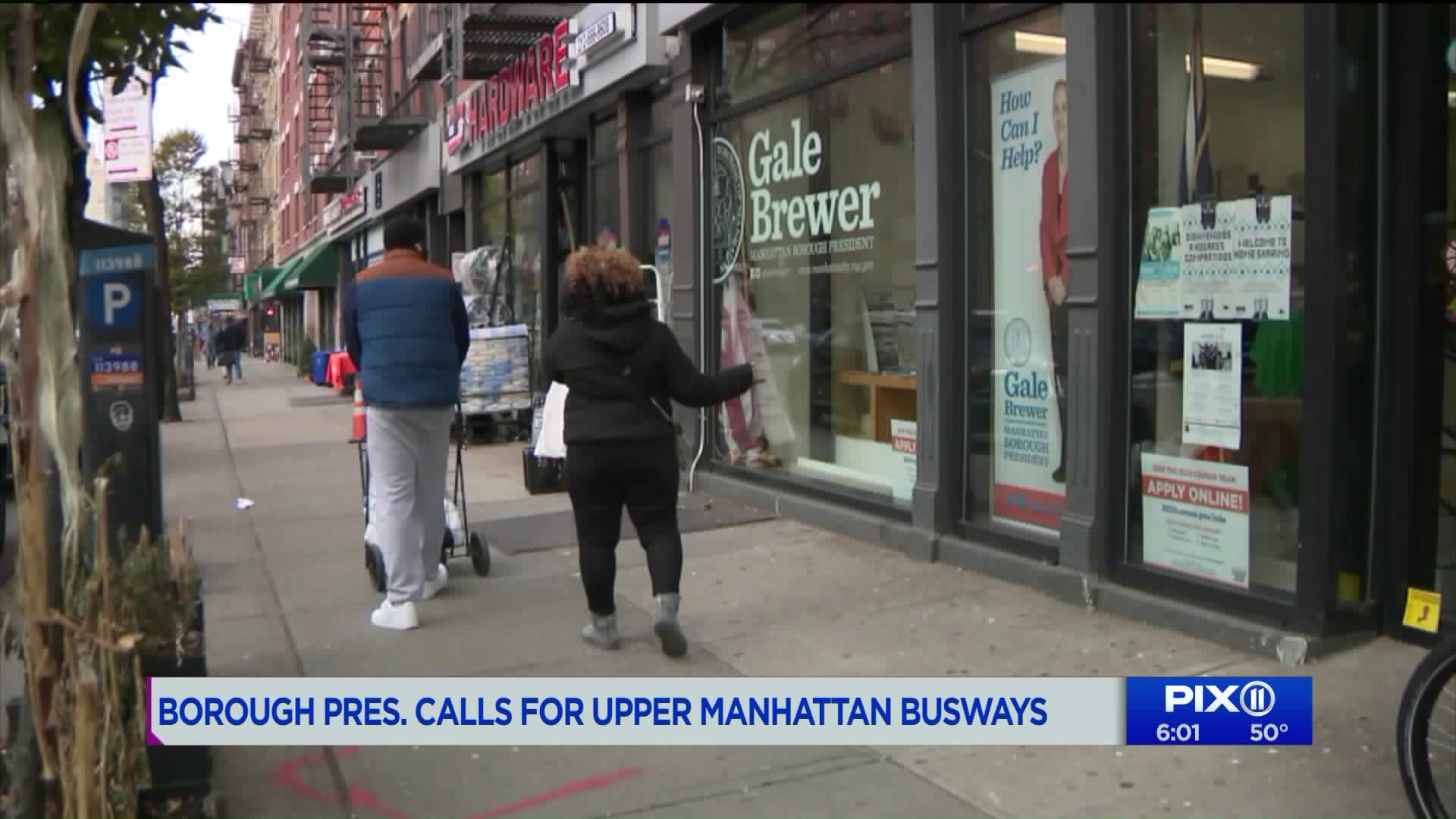 Many of the problems that some people had feared when 14th Street became restricted from car, van, and other passenger vehicle use last month didn`t end up occurring. Neighboring streets didn`t get markedly more congested, most business traffic didn`t noticeably decrease, and tempers didn`t flare in any newsworthy manner. Because of those positive outcomes, the president of the borough is now proposing placing similar conditions on two other crosstown streets uptown.

HARLEM, Manhattan — Many of the problems that some people had feared when 14th Street became restricted from car, van, and other passenger vehicle use last month didn't end up occurring. Neighboring streets didn't get markedly more congested, most business traffic didn't noticeably decrease, and tempers didn't flare in any newsworthy manner. Because of those positive outcomes, the president of the borough is now proposing placing similar conditions on two other crosstown streets uptown.

"On 125th Street, and all the stakeholders [there], and on 181st Street," are where Borough President Gale Brewer said that she wants to examine increasing traffic flow, but with "a concern for small business."

Specifically, Brewer cited the plunge in travel time on the 14th Street busway, since it was first established early last month. Riding from Third Avenue to Ninth Avenue on the street has now been reduced from 15 minutes to just above 10 minutes, according to the MTA. It also reports that ridership on the M14 select bus on 14th Street has increased steadily, from 30,195 to 32,536 and rising.

On 125th Street, PIX11 News couldn't find any drivers in favor of the proposal.

"Oh no, no, no," said one driver, from behind the wheel of her SUV. "It should be a bus lane, and a lane for the cars, too. You understand? Half and half."

"I hope not," said another driver, who gave only her first name, Thelma. "I also take the train, but [driving] is more, you know, convenient for me, especially around the winter time."

Brewer's plan aims to make travel more efficient for those passengers, as well as for passengers on 181st Street, where the BX3, BX11, BX13, BX35 and BX36 run.

Reviews from passengers were decidedly mixed.

One woman called the proposal "great," as she boarded a crosstown bus.

"I think she should give a chance to live in the neighborhood first," he said about the borough president.

Brewer does have an office on 125th Street, from which she sees the situation firsthand, she said. That perspective, though, is also a reason why the proposal isn't set in stone, she said.

Brewer said that she'd consulted some of the BIDs that would be affected by the proposed changes, and so far, she said, she has heard no opposition.

She also said that the proposal becoming reality is still at least "a year away," over which time she hopes to get a lot of input from community leaders and community members.