SopranosCon, ‘the best convention ever,’ takes over the Meadowlands 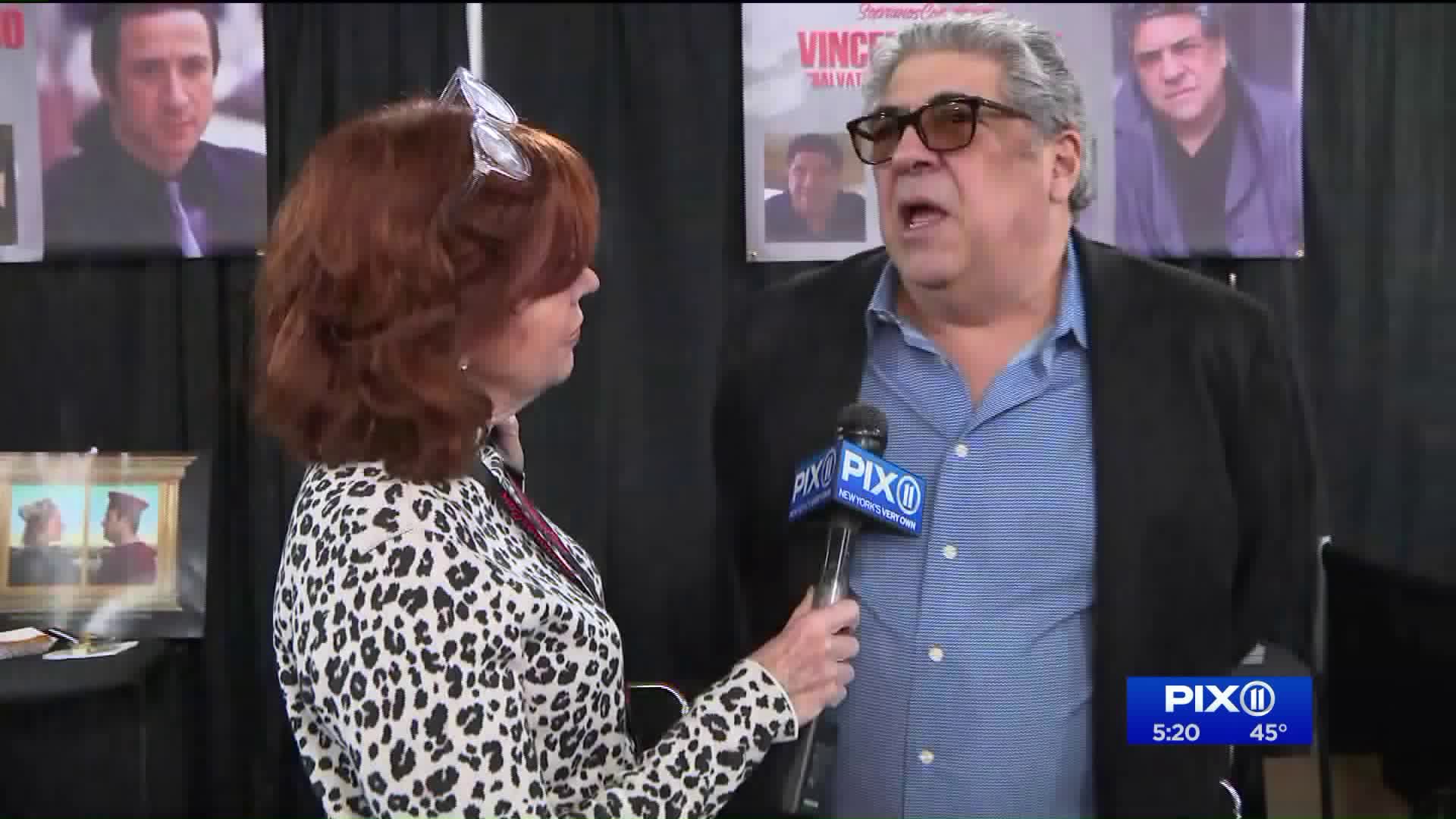 Magee Hickey got front row seats to the "mob scene" at SopranosCon.

Close to 10,000 Sopranos fans packed the Meadowlands Exposition Center for the first ever SopranosCon, an ambitious two-day event celebrating all things Sopranos.

It was created by three fans who met online because they still love the show more than 12 years after its HBO run ended.

“Obviously this is what the fans wanted. This show changed a lot of lives,” Daniel Trader, co-creator of SopranosCon, told PIX11 News.

There was Dr. Melfi’s psychiatry office; the "Bada Bing," complete with drinks and a real Bada Bing dancer; and a Pine Barrens maze.

There was even the real race horse, Pie Oh My, that Tony Soprano loved so much, and a wall in loving memory of the more than 25 cast members who have passed, including James Gandolfini, the only and only Tony Soprano.

“I think of Jimmy all the time,“ Vincent Pastore, who played Big Pussy, told PIX11 News. “The reason is when you work that closely together, you think about them,” he added.

But the highlight for most of these Sopranos aficionados was the more than 50 cast members signing autographs and taking time to talk to each one of their uber fans.

“Everyone says it was the best tv show ever,” Maureen van Zandt, who played Gabriella Dante, told PIX11 News. “So it’s a great honor,” she added.

Sopranos fan Chris DeJohn wore a bathrobe like the one Tony Soprano wore so often. It was a gift from his girlfriend.

“Your girlfriend’s a keeper,” Kathrine Narducci, who Played Charmaine Bucco, told the fan.

Other fans waited on a long line to get an autograph from Dominic Chianese, who played Junior.

“This whole convention is the best ever,” Joey Horist, a fan who flew in from Chicago, told PIX11 News.

His mother agreed. “They’re really happy to meet you. It took 20 years, but they’re here,” she added.

Ticket prices range from $50 to $750 for the VIP reception. For more info go to sopranoscon.com.