LIRR back on schedule after derailment; Crews inspect broken rail 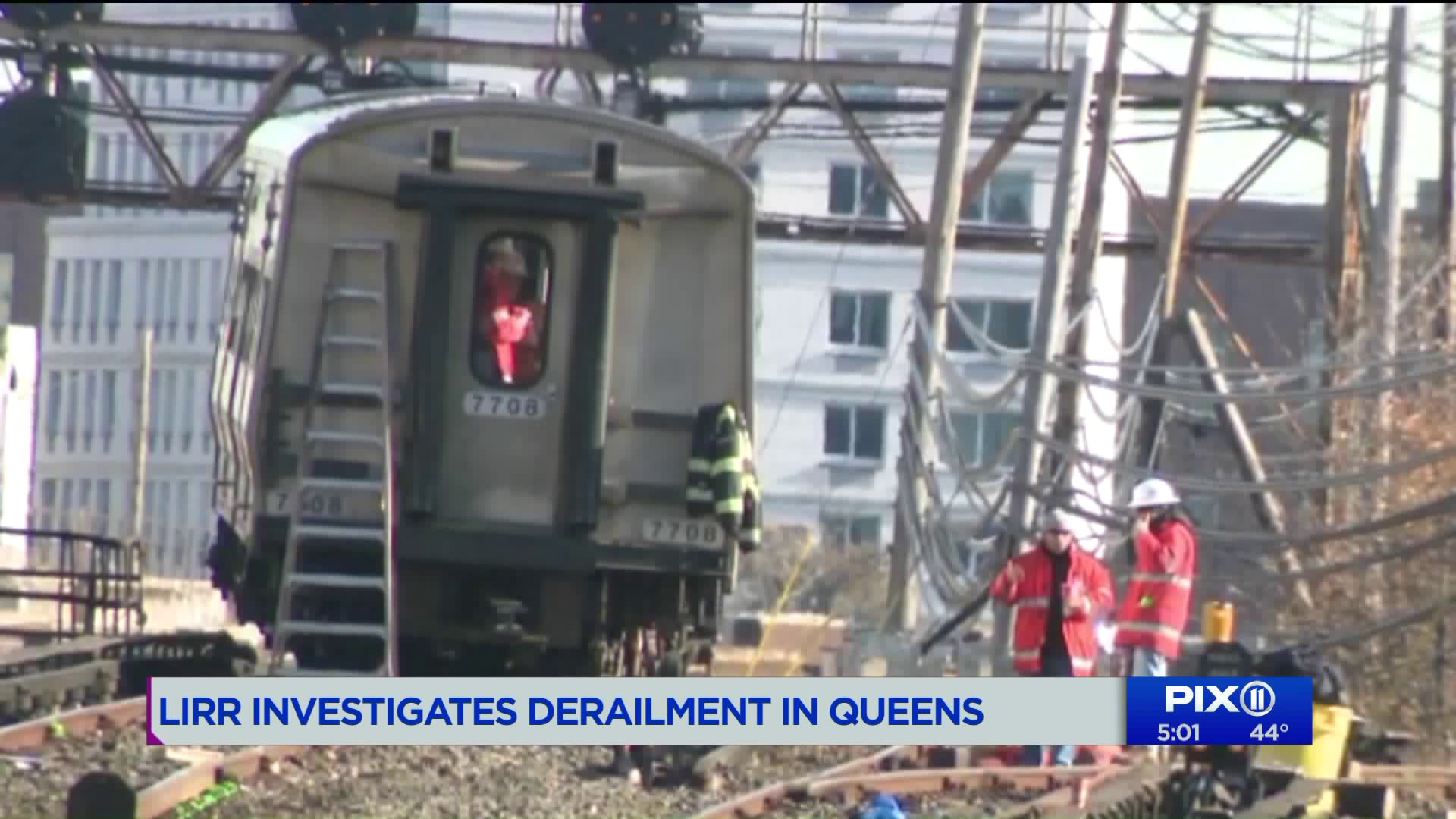 QUEENS — As crews investigate a broken rail, officials say the Long Island Rail Road is running on or close to schedule after a derailment near the Jamaica station.

No injuries were reported, but the derailment at about 9:30 p.m. stranded hundreds of passengers and caused delays throughout the system.

"LIRR and emergency personnel arrived on scene  immediately after learning of the incident to ensure the safety of our customers. We have been working around the clock to make repairs to the track and regular service has been restored systemwide. The LIRR has launched an investigation into the cause of the slow speed derailment and we will leave no stone unturned as it proceeds," said LIRR SVP of Operations Rod Brooks.

The railroad says all service was restored by Saturday morning. The cause of the derailment is under investigation.

During an inspection, investigators found a broken rail. They are trying to determine whether that was a result of the incident or may have been a cause.

According to authorities, the rail was observed hours before the incident during a weekly inspection.

Jamaica is a major hub for the LIRR, the nation’s busiest commuter railroad that carries an average of more than 300,000 riders each weekday.

Saturday evening, the MTA said the track in question was back in service at around 7 p.m.