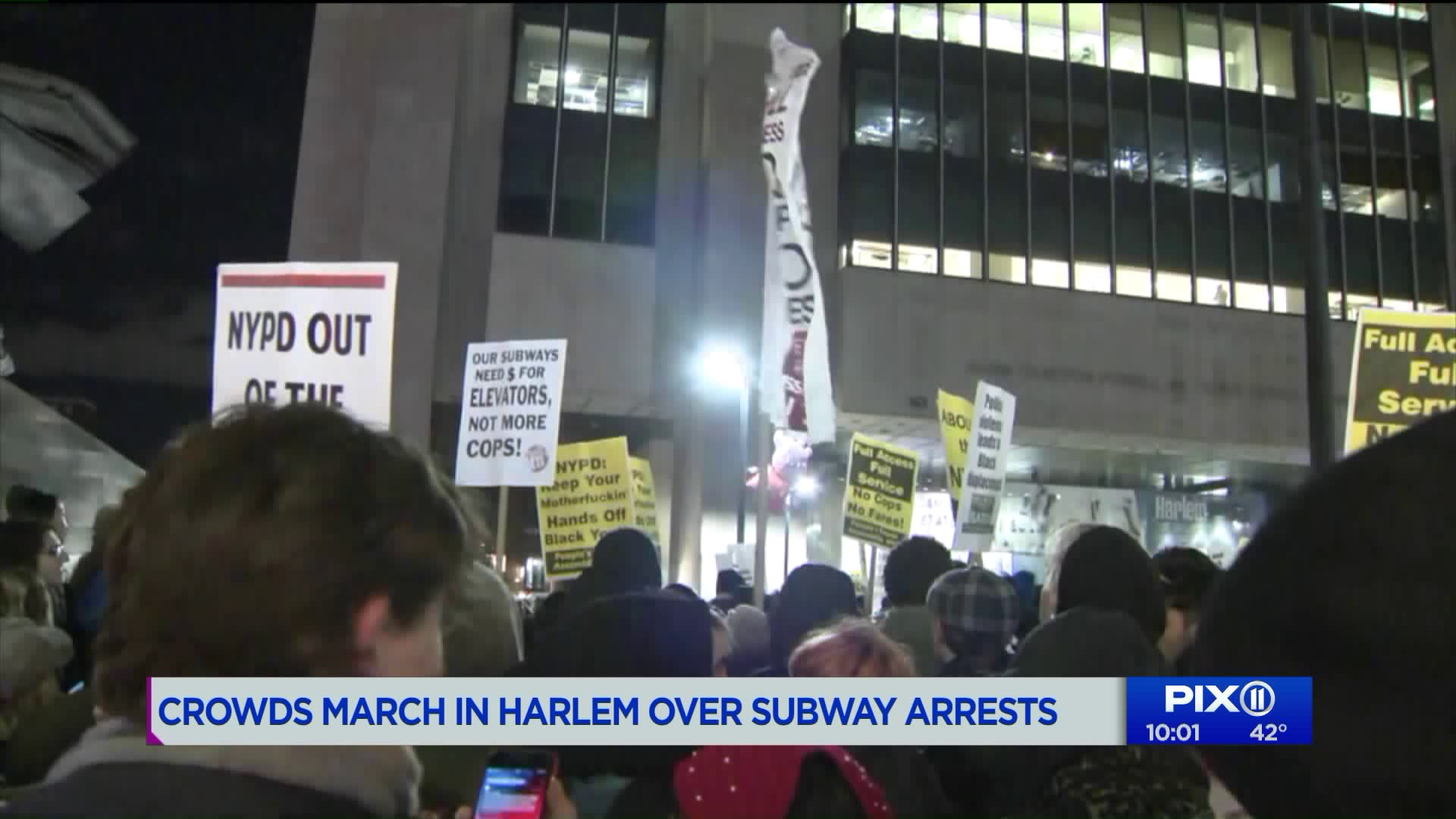 A protest over the policing of New York City`s subways briefly shut down a busy Harlem subway station during rush hour, and news stations say multiple people have been arrested in the fluid demonstration.

NEW YORK — A protest over the policing of New York City’s subways briefly shut down a busy Harlem subway station during rush hour, and dozens were arrested in the fluid demonstration.

News stations say hundreds of protesters converged Friday evening and marched on and near the major corridor of 125th Street.

Police said 58 people were arrested in connection to the protests.

The New York Police Department tweeted around 7 p.m. that there were traffic and mass transit disruptions in the area.

A half-hour earlier, New York City Transit tweeted that three subway lines bypassed their 125 Street station for a time, then resumed stopping while police barred entry to the station for a while afterward.

The protesters are decrying what they consider heavy-handed law enforcement in the subways.

Editor's note: This story has been updated to reflect the number of people arrested during the incident.