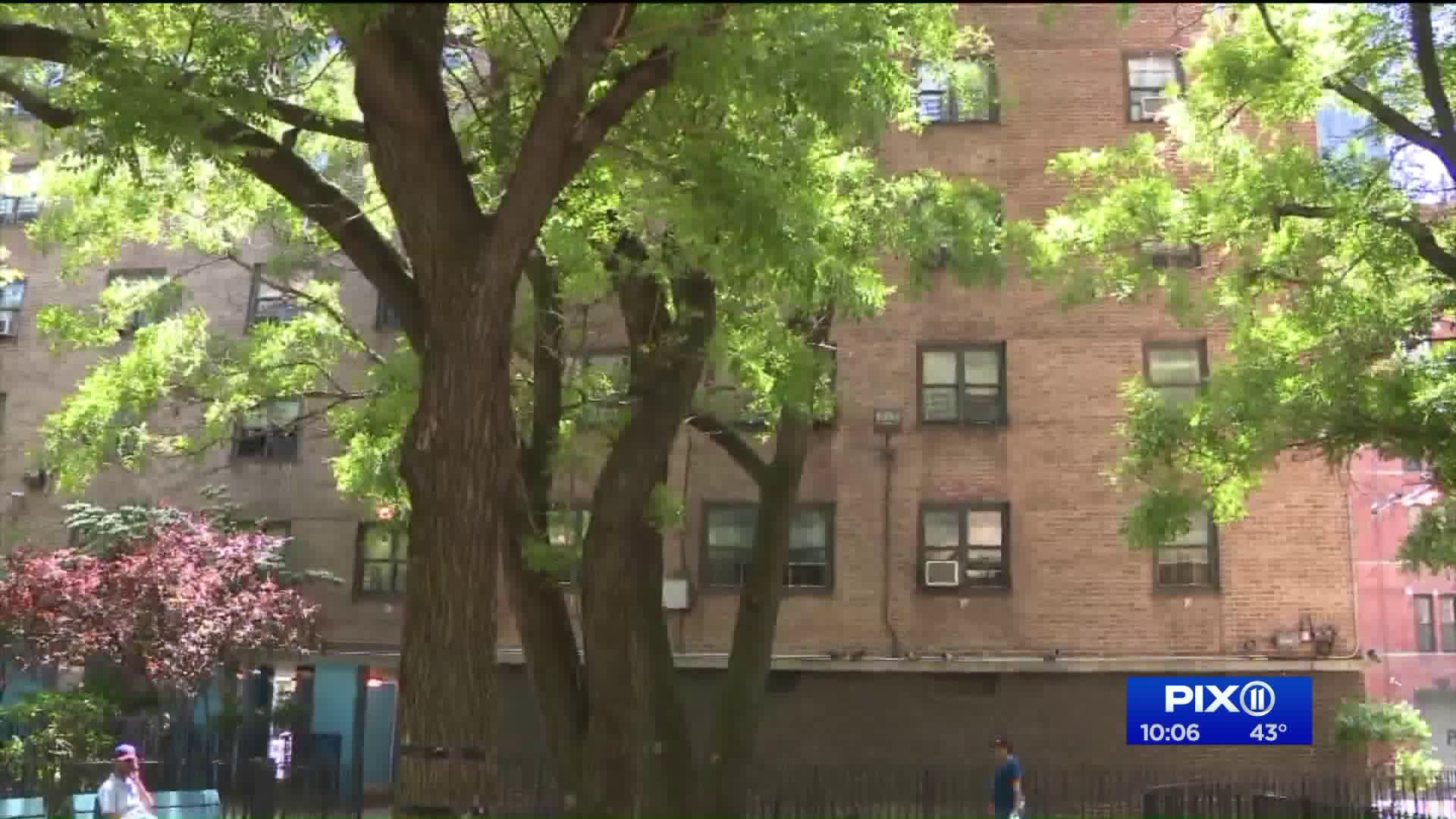 A gathering in Chelsea, one of NYCHA`s so called "Working Groups" offered attendees a preview of the agency`s plan to demolish a portion of the Fulton public housing development, in order to build a new tower with a public-private partnership.

They were taking in loads of information, in their chosen languages.

This gathering, one of NYCHA’s so called “Working Groups” offered the crowd a preview of the agency’s plan to demolish a portion of the Fulton public housing development, in order to build a new tower with a public-private partnership.

NYCHA would still own the land, but lease the building to a private landlord -who would still be bound by NYCHA’s rent affordability rules.

“Basically, we've taken those rights and embedded them in the documents that we would sign with any partner," said NYCHA chairman Gregory Russ.

Tenants were not exactly trusting.

"I have no trust in them at all,“ said Fulton houses tenant Jacqueline Lara. "I'm hoping... every meeting I come to, I hope to hear something different. Like hey, we found the money to fix Fulton! No, it's always the same crap"

"I've looked at the plan quite a bit," said Chairman Russ when asked if he had concerns. "There's a couple of things to think about. If I'm comfortable where I am, even if my apartment has some issues, that's a hard thing, especially for seniors, to move. I think that creates a lot of fear, that somehow what comes after is not going to equal what I have right now."

The tenants we spoke with all say NYCHA’s plan to finally fund much needed repairs and investment in an aging housing stock looks good on paper.

But they wonder what will happen in a few years if the potentially volatile combination of Section 8 vouchers and profit-driven private landlords leads to them being priced out of their own neighborhoods.