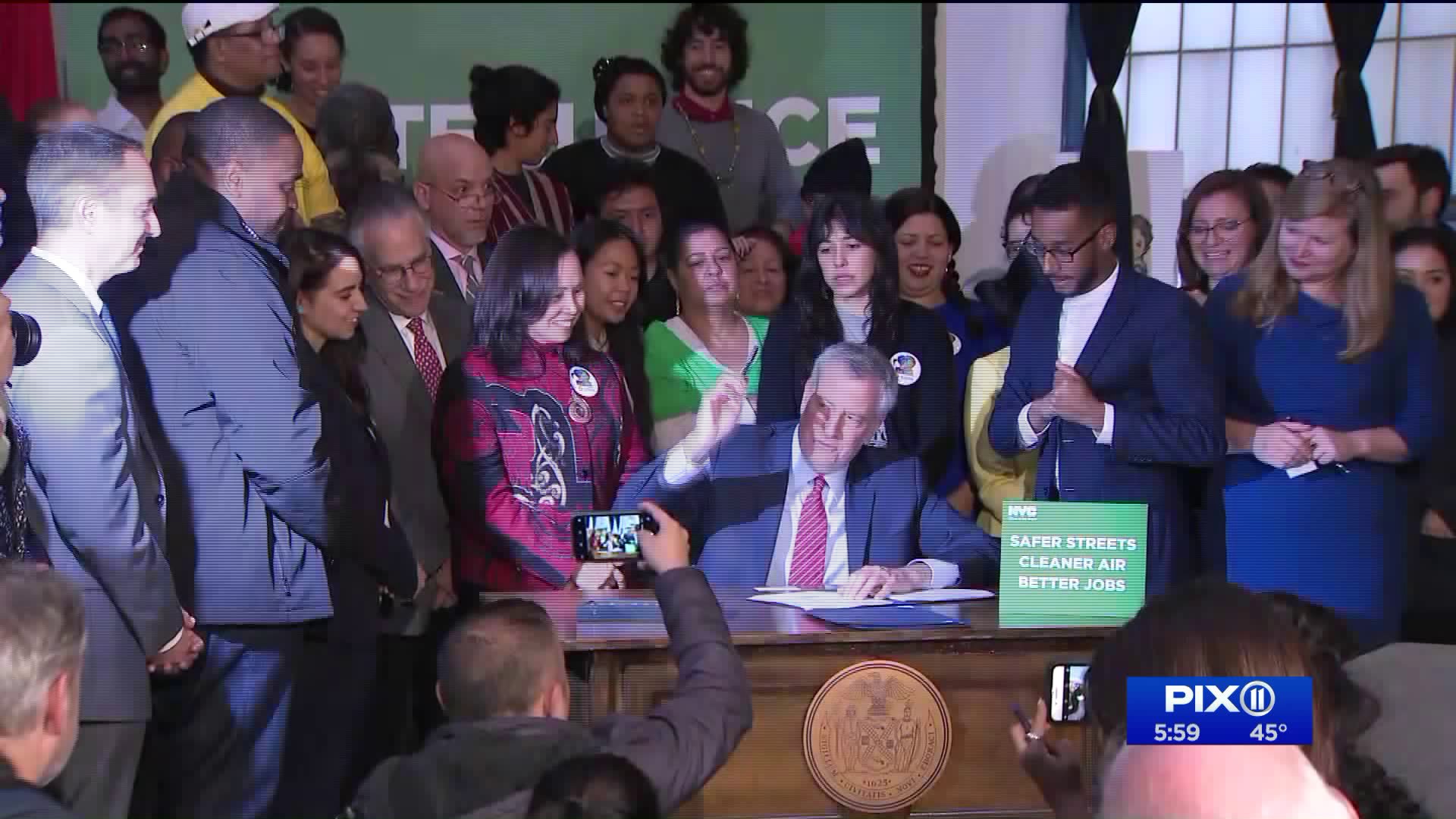 Sweeping changes are on the way the New York City`s private carting companies that collect trash from commercial businesses.

MANHATTAN — Sweeping changes are on the way the New York City’s private carting companies that collect trash from commercial businesses.

The reforms signed into law by Mayor Bill de Blasio Wednesday come after 28 people were killed by private carting trucks since 2010.

“Lives were lost, workers were cheated, communities were polluted and ultimately our earth was endangered,” Mayor de Blasio said.

The new plan will divide the city into 20 zones, 3 carting companies will be allowed to operate in each zone. The Department of Sanitation will award contracts based on a company’s record of customer service environmental sustainability and public safety.

The new regulations will be implemented beginning in 2021.