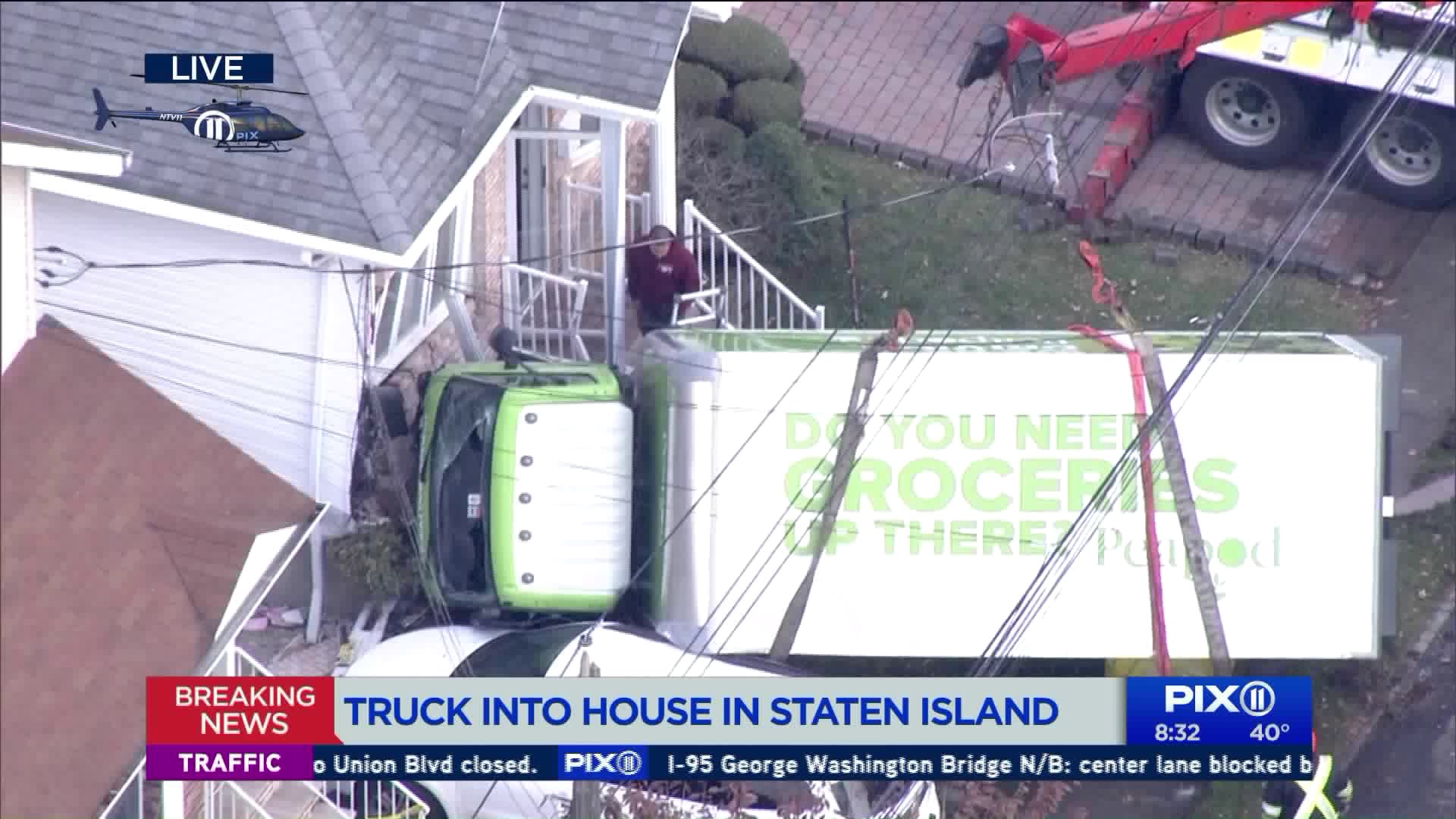 At least one person was injured after a box truck crashed into a house in Staten Island. Crews are working to remove the truck while DOB is assessing the structural damage of the house.

GREAT KILLS, Staten Island — At least one person was seriously injured after a box truck overturned and crashed into the front of a Staten Island house Wednesday morning, authorities said.

Crews were called to the vicinity of Hillcrest Street near Nelson Avenue just after 7 a.m.

The vehicle ran off the road and struck a house, damaging a vehicle parked in the driveway.

Homeowner John Bon said he and his wife were not hurt when the truck crashed into their bedroom wall.

One person sustained a serious injury, authorities said. The driver was able to remove himself from the vehicle, according to police.

FDNY officials said the driver suffered a medical episode from an unknown condition. Witnesses said he was conscious when he was taken to the hospital.

The Department of Buildings has been called to assess the structural damage; the truck was towed away Wednesday morning. Inspectors determined the truck impacted the front of the single-story home, damaging masonry brick and dislodging structural wood framing.

Despite the damage, DOB engineers found that the building is structurally stable, according to the department. A partial vacate order was issued, affecting the home's front yard and bedroom.

Fuel coming from the box truck was seen spilling along the street, and FDNY crews were working to contain the spill.

AIR11 was over the scene, where firefighters were seen surrounding the Peapod grocery delivery truck and assessing the damage.

Stop & Shop, a corporate sibling of Peapod, confirmed it was their truck in the crash following the driver's emergency.

Stop & Shop can confirm there was an unfortunate accident this morning involving a Peapod truck after our driver suffered a medical emergency. The driver is currently being treated at an area hospital, and no one else was injured in the crash.

There may be some delays for online customers in the New York Metro area this morning; however, Peapod is working to reschedule impacted orders.