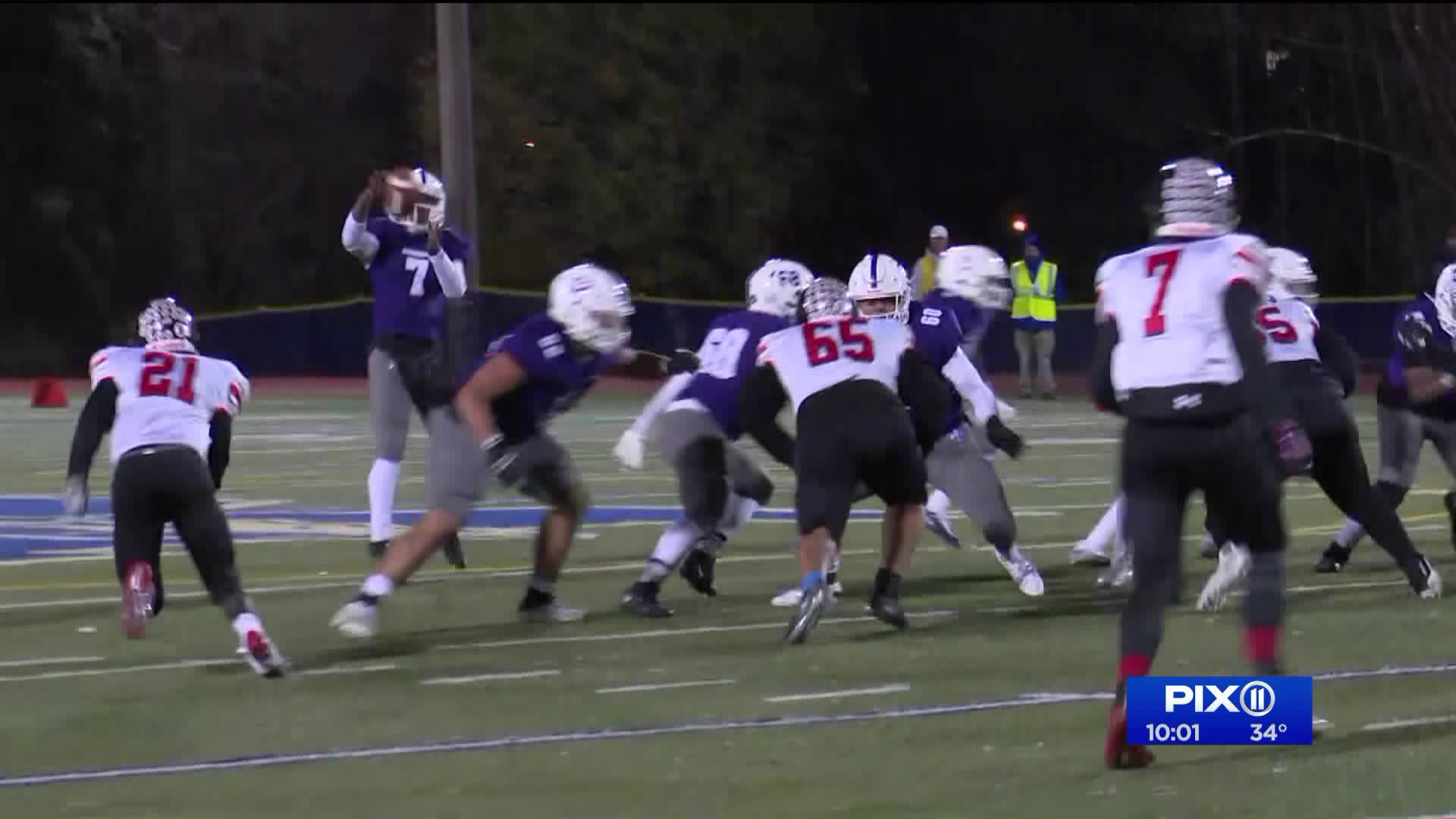 The team`s coach wasn`t on the sideline after an undefeated season; whether he returns is yet to be seen.

MAHOPAC, N.Y. — The odds were certainly stacked against the New Rochelle Hugenots tonight.

In the 4th quarter they took the lead for the first time.

"We support Coach D, bring him back," chanted supporters.

Parents and students came out in full force to support "Coach D" and the New Rochelle Varsity football team.

Earlier in the week, their beloved leader, Coach Lou DeReenzo, was barred from coaching after the school decided to take disciplinary action against him.

He reportedly intervened on behalf of a student he is related to who was having issues at school.

Parents were outraged that the coach would be forced to sit out the the first playoff game after an undefeated season. Students and teachers walked out of classes.

Saturday night's playoff game was coached by assistant coaches, including former NFL running back Ray Rice, who told us Coach D was here in spirit.

"He was here, we are all disciples of Coach D. I think we played with his spirit and it's all about the kids."

And boy did the kids play.

With the game tied in the fourth quarter of the do-or-die playoff game, running back Jessie Parson scored two touchdowns to send the Hugenots to the next round.

"Its big for us, the team, the whole community really. What we are going through, facing adversity right now. We are just going to keep pushing try and get through it," said Parsons, the game's MVP.

"It's only controversy if you put in those terms," said Rice. "We came out here and we had a job to do: play 48 minutes. And the kids did what they had to do."

Next week is the semifinals; whether or not Coach D will be there remains to be seen.