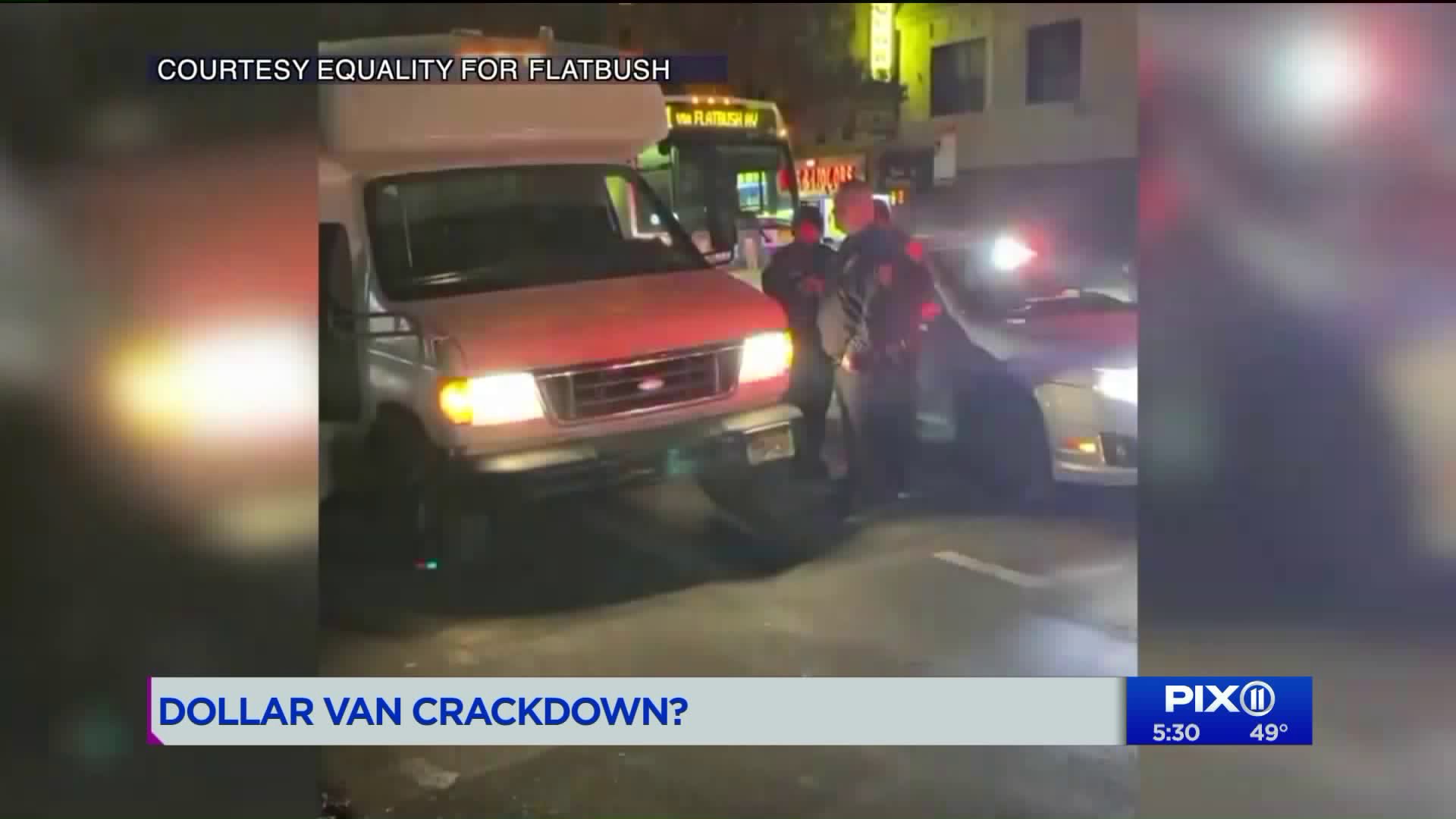 This time officers are seen pulling over the driver of an informal commuter shuttle, known in Flatbush as a dollar van.

For the past week, the mayor and police department have responded to video after video of arrests of vendors.

Last Friday and this Monday, women were arrested inside Brooklyn subway stations for selling churros without a license, a violation of subway rules, prompting protest.

Yesterday, the NYPD  and Mayor de Blasio responded saying there is no crackdown.

"The TLC does regular enforcement against unlicensed commuter vans citywide," a spokesperson for the TLC told PIX11 News. "Commuter van drivers must obtain a TLC license, as well as commuter van owners and businesses. There are many important consumer protections that come with using a licensed service, including drivers who have been vetted and vehicle insurance in case of collision"