‘It’s a way of surviving in NYC’: RV﻿s under the Gowanus 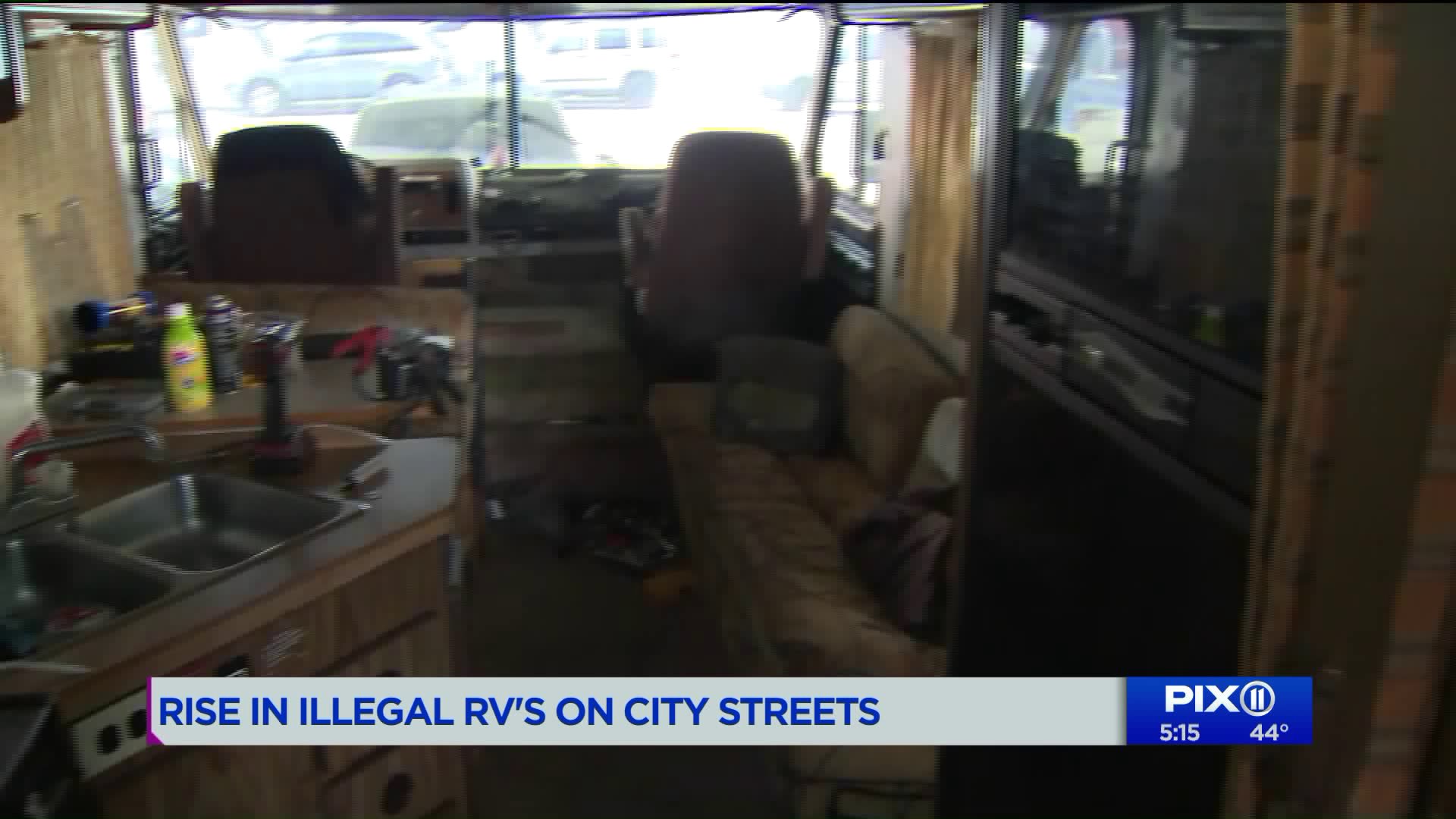 It doesn`t exactly have gorgeous, scenic views, but a growing number of people are living in their recreational vehicles under the Gowanus Expressway.

It doesn’t exactly have gorgeous, scenic views, but a growing number of people are living in their recreational vehicles under the Gowanus Expressway.

Jose Rivera, a 55-year-old, hearing-impaired mechanic , says he has hit hard times recently. But he is happy to be living in his own home under the Gowanus Expressway, instead of a city shelter.  Home is a used recreational vehicle he paid $500 for once he could no longer pay his rent on his monthly supplemental security income of $700.

“He’s happier here than in a shelter he was robbed in a shelter,” Rivera's friend who interpreted his signing told PIX11 News. “He’s doing fine for now, until he can find a better way,” he added.

Rivera’s RV is part of an unofficial trailer park of at least ten Mobile homes under the Gowanus expressway between 20th and 30th Streets. One has a barking guard dog, another a generator chained outside. Most have running water and electricity.

And many who live in them work during the day and weren’t home today. City law forbids recreational vehicle parking on residential streets for more than 24 hours at a stretch. But under the Gowanus, it appears as long as they are moved once a week for street cleaning, there are no tickets.

One man, who didn’t want his face shown, helps with their maintenance and repairs.

“Everybody’s getting an RV cause the cost of living and having an apartment in New York State is pretty expensive,” the man, who did not want his name used, told PIX11 News. “This is convenient. It’s a way of surviving in New York City,” he added.

This stretch of 3rd Avenue has mostly auto body shops on one side. On the other, a diner-themed cocktail bar called Mama Tried where a co-owner took a compassionate view of the growing number of RV neighbors.

“It’s people just trying to get by. It’s a tough city. Kind of feel like we are all in it together,” Amanda Ketcham, a co-owner if Mama Tried, told PIX11 News. “Not trying to push anyone out. Love to get to know the neighbors,” she added.

EDITOR'S NOTE: The headline on this story initially stated that this practice was illegal.