Contract talks break down between transit workers and the MTA 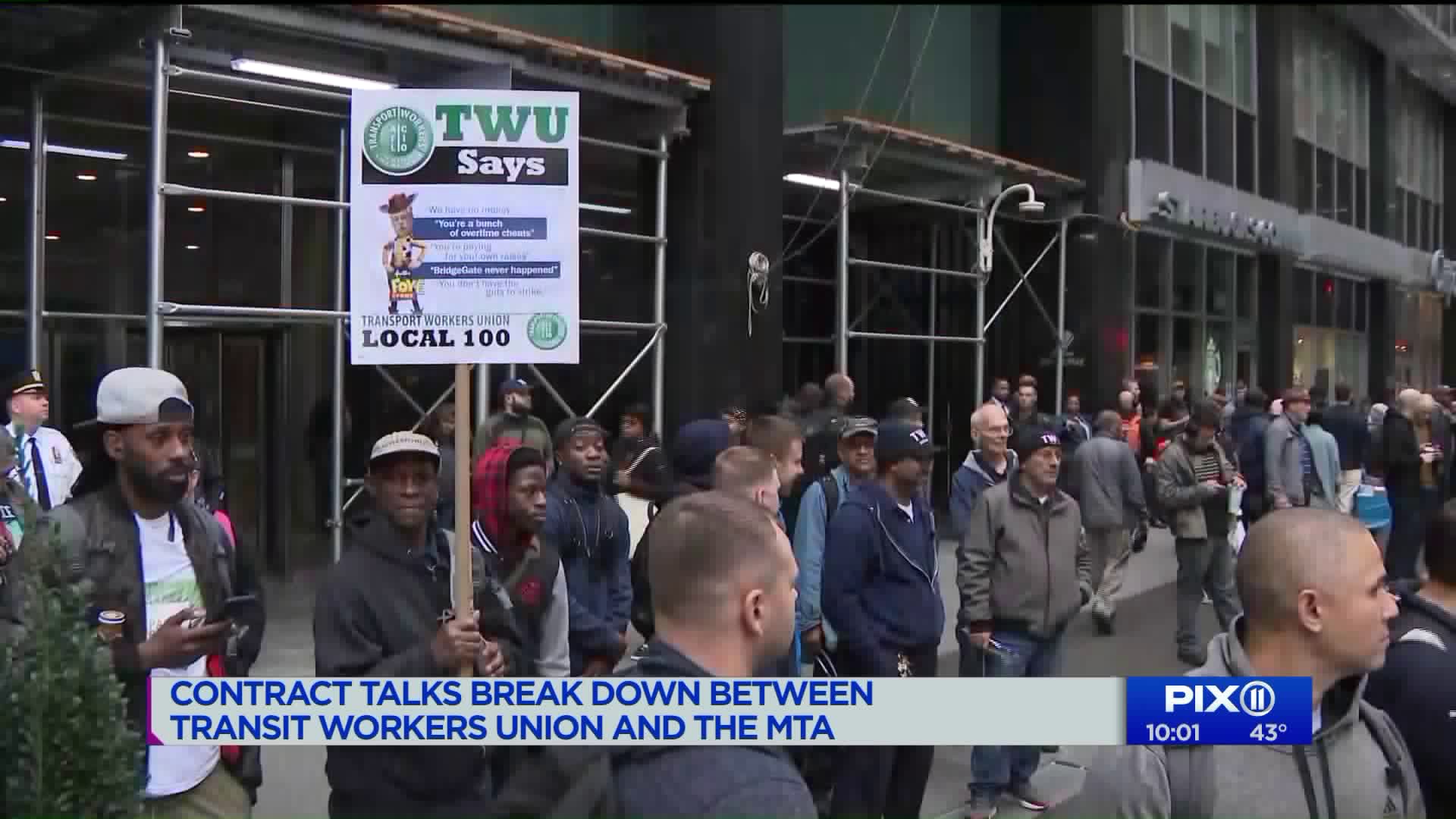 It`s this time of year specifically the approaching holiday season when strained contract negotiations between the MTA and TWU Local 100, start to bring back painful memories.

BENSONHURST, Brooklyn — It’s this time of year – specifically the approaching holiday season – when strained contract negotiations between the MTA and TWU Local 100, start to bring back painful memories.

“We sat in negotiations for three days and each proposal they come back with was more and more insulting,” said TWU Local 100 President Tony Utano.

"They're pumping more and more air into a balloon and this balloon is going to be ready to pop," he added. When asked specifically what he meant, he said "I mean transit workers are going to get angry and stuff is going to go on in the subway that's going to affect the subway."

It’s been almost 14 years since transit workers went on strike in December 2005, a week before Christmas, wreaking havoc on shopping and commuting plans for millions of New Yorkers.

PIX11 News asked Utano bluntly if he was hinting that we are on course for another strike.

"We're not," he said. "We're looking at a fair contract, okay? And at this point tomorrow I will be meeting with my executive committee to discuss any further actions that will be taken."

“The MTA is committed to reaching fair contracts with its unions, including TWU Local 100, that will be mutually beneficial," MTA Communications Director Tim Minton told PIX11 in a statement. "Beyond that, we don’t negotiate in the press.”