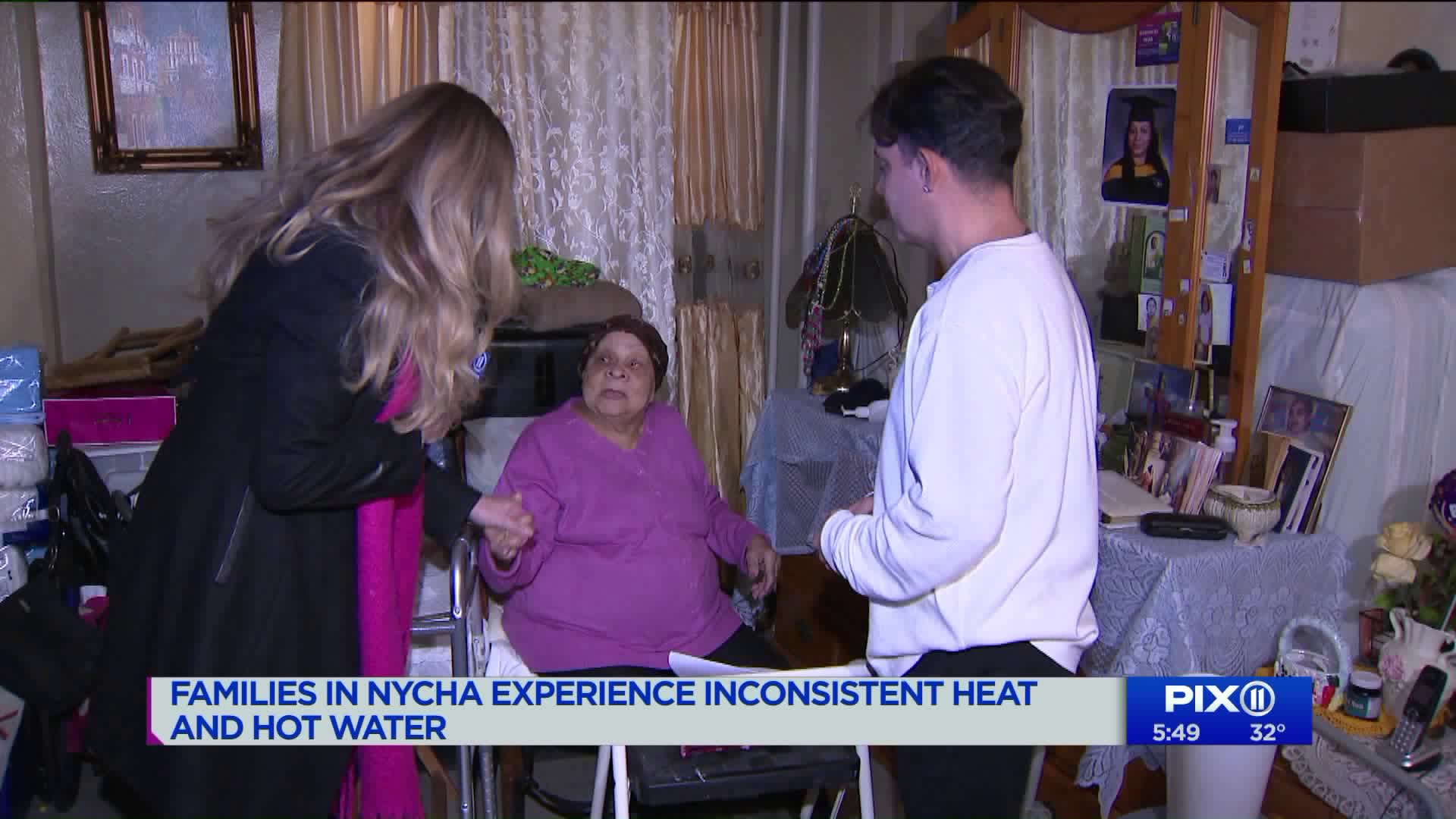 There were record low temperatures and some didn`t have heat or hot water. The City Council speaker says he`s angry about the situation.

EAST HARLEM, Manhattan — New Yorkers dealt with record cold Tuesday and Wednesday and some of them did it with inconsistent heat in their homes.

A resident at the Lexington Houses in East Harlem said families were freezing. There'd been no heat or hot water for 11 days, according to a tweet from the resident.

He'd filed several complaints with the city, but said no one from the New York City Housing Authority had responded.

NYCHA did activate an emergency heat response plan during the cold snap.

City Council Speaker Cory Johnson is angry over the situation. Johnson and City Comprotlller Scott Stringer said they will be visiting NYCHA on a regular basis to check in on things.

If you have a heat or hot water issue, reach out to Monica Morales at monica@pix11.com.