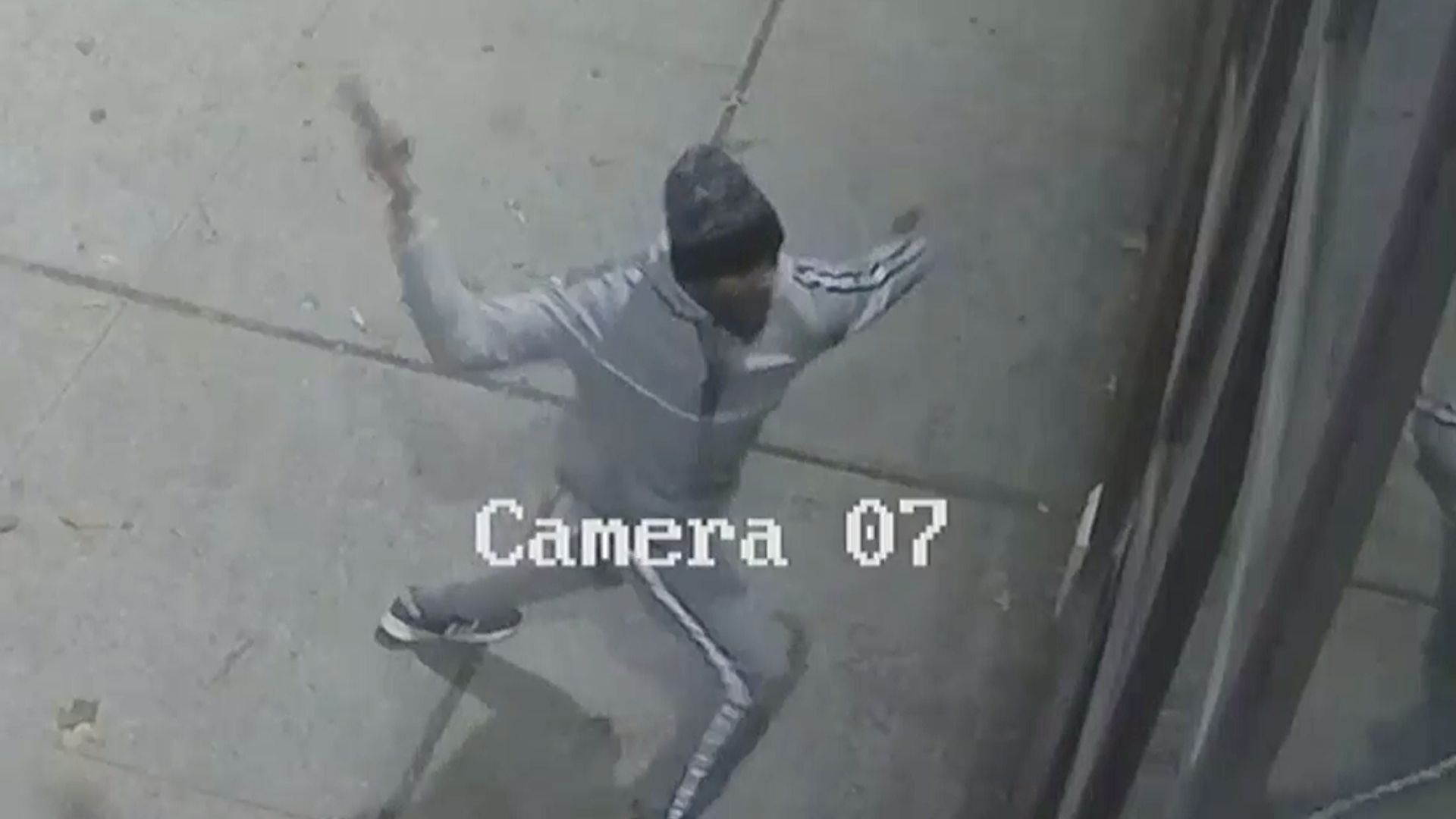 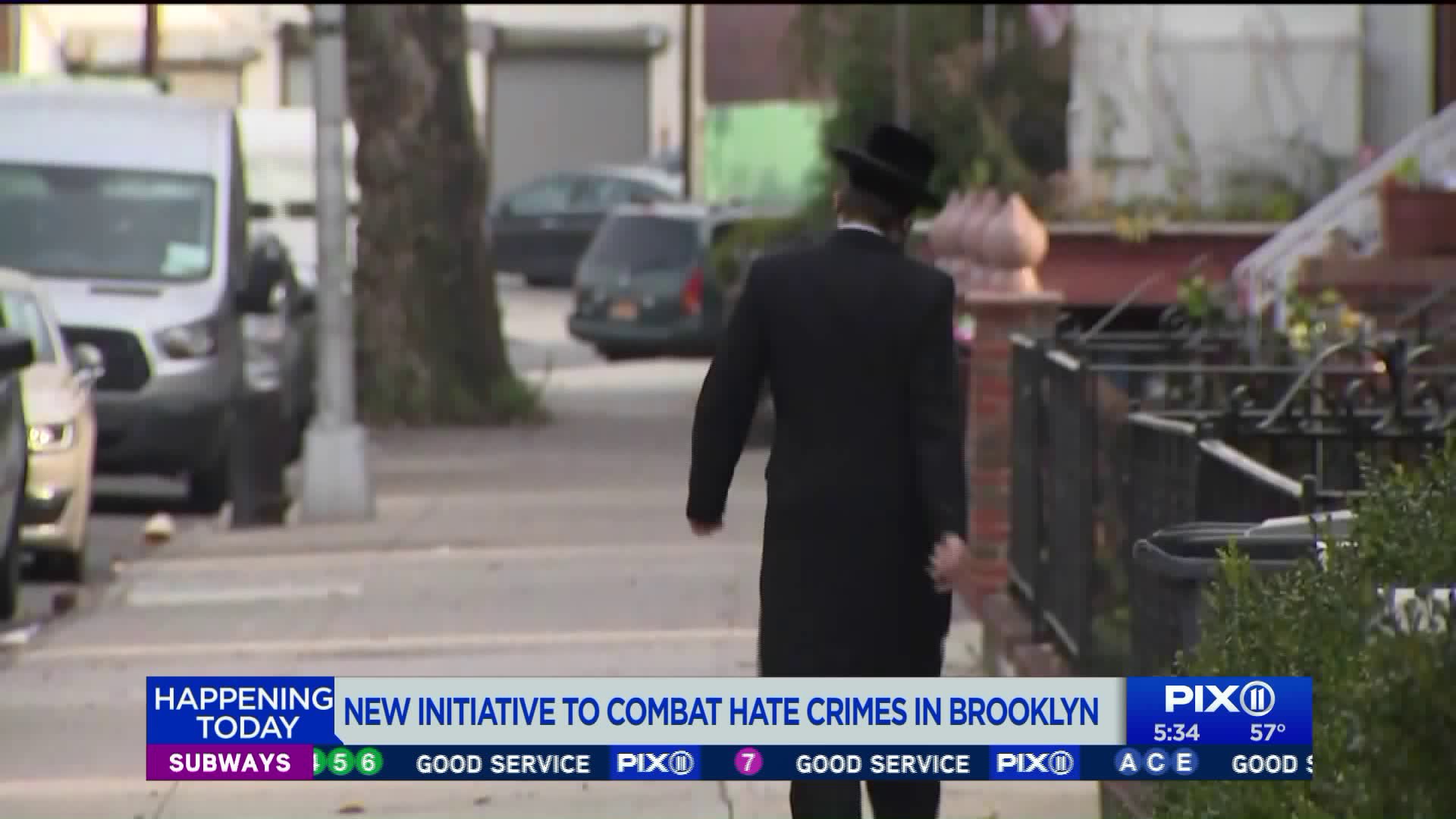 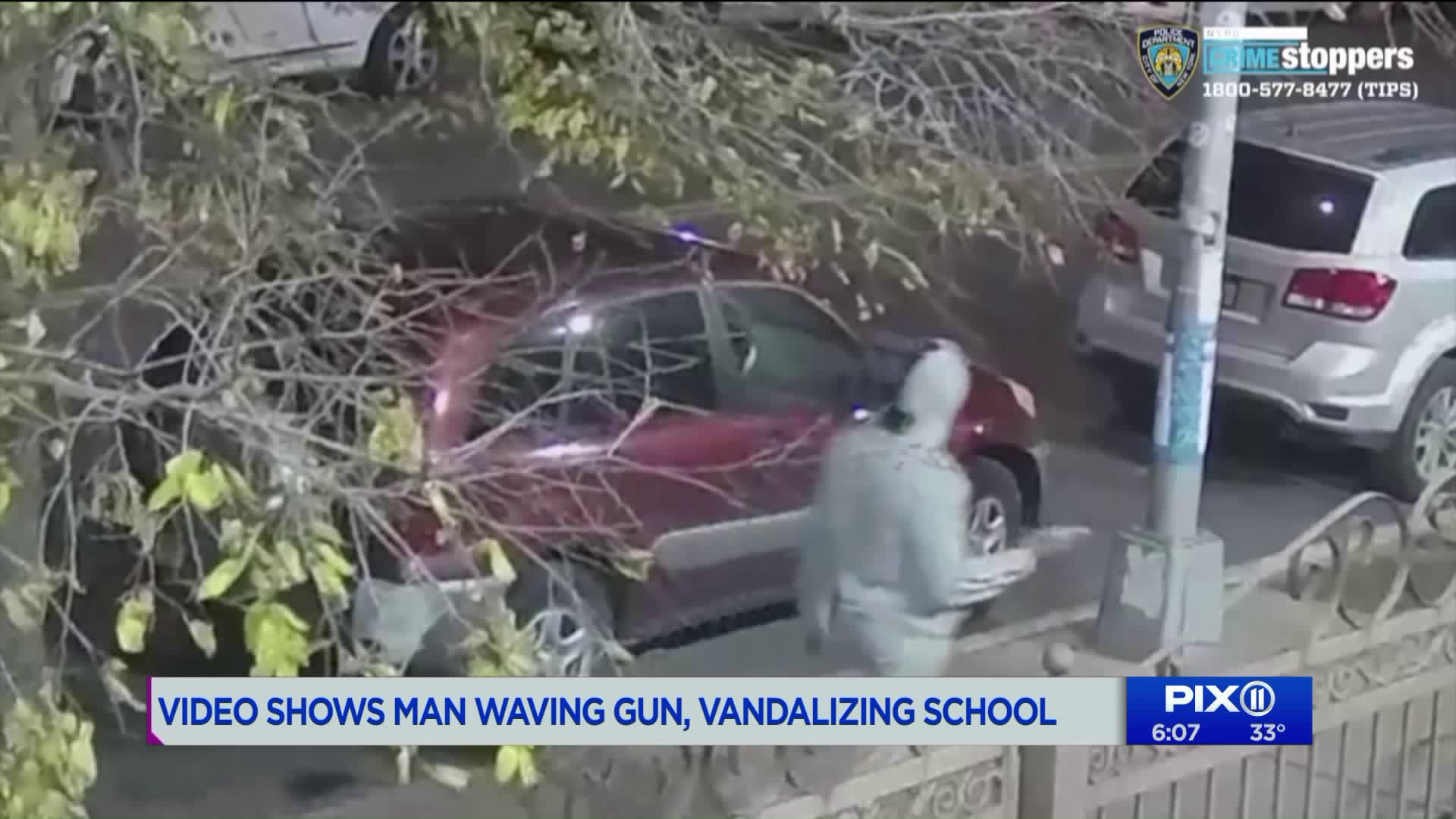 BROOKLYN — The NYPD is looking for a man caught in surveillance video going on a violent, frightening crime spree in Brooklyn Friday night, police said.

Just after 8 p.m., the man first walked up to a 23-year-old man near the intersection of Lefferts and New York avenues and started talking to him, then struck him in the back of the head with a handgun, authorities said.

Minutes later, after fleeing that first attack on foot, the man approached a parked vehicle on Lefferts Avenue, near Brooklyn Avenue, and screamed at a 55-year-old woman sitting inside before striking the car's side mirror, according to police.

Officials said the man continued walking onto Brooklyn Avenue and then used the handgun to shatter two windows at Beth Rivkah Elementary School on that same corner.

The NYPD has released the below footage of the incidents and described the man as about 25 to 35 years old, last seen wearing a gray hooded sweat suit and light-colored sneakers.