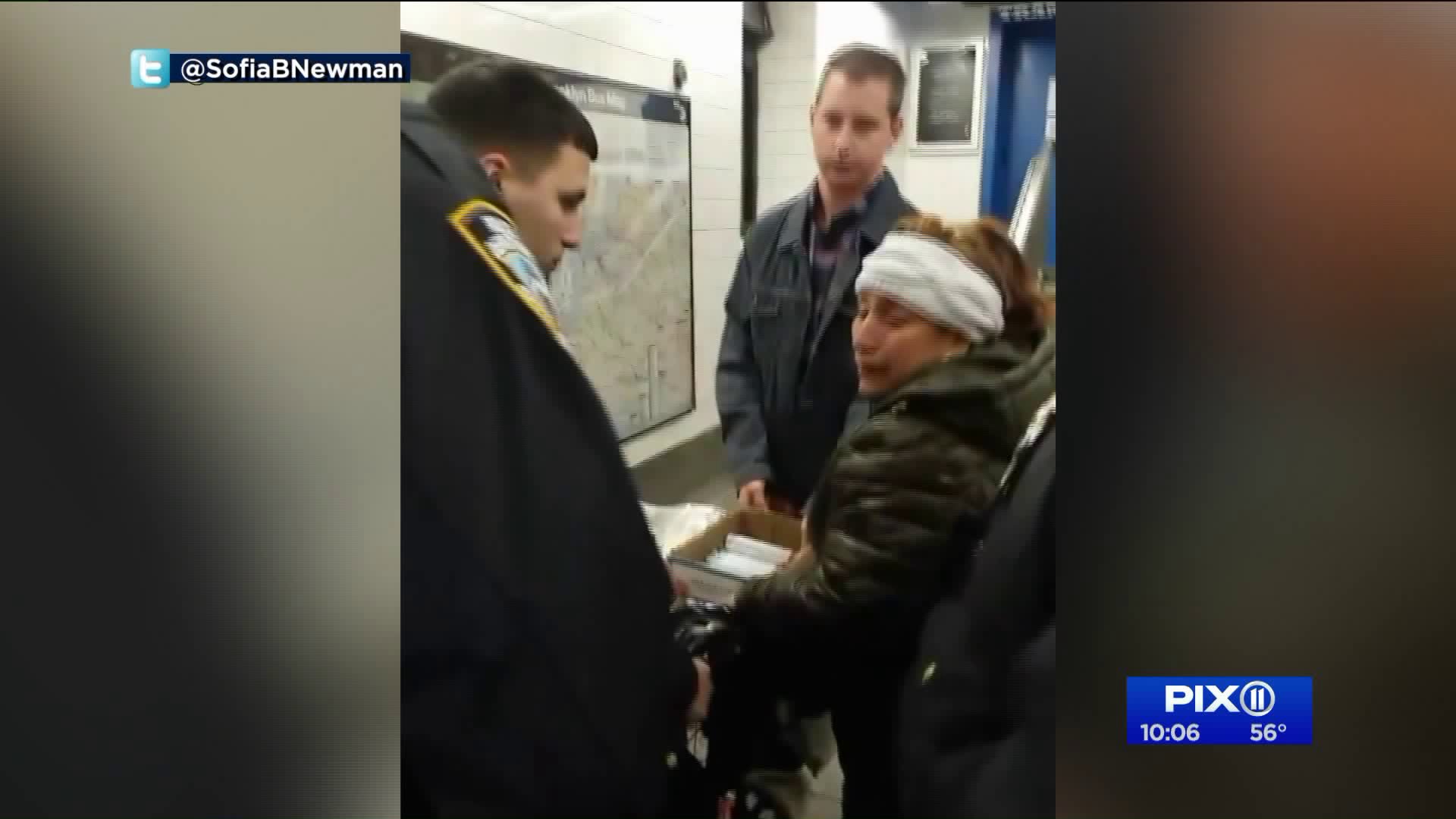 Thevideo has gone viral. Elsa was in tears Monday, just three-days after she says she was singled-out, cuffed and shamed, simply for selling hand-made pastries in the subway to provide for her family.

BROOKLYN — A woman selling churros was handcuffed in a Brooklyn subway station Monday morning shortly before New Yorkers protested over policing in the subway system.

A woman selling churros was handcuffed in a Brooklyn subway station on Nov. 11, 2019. (Twitter/RalphyMartz)

The protest came in the wake of a similar incident on Friday when a churro vendor was handcuffed by four officers in a Brooklyn subway station. Both women received summonses from the NYPD.  Mayor Bill de Blasio defended the officers in video posted to Twitter by Yoav Gonen with The City. De Blasio said they “comported themselves properly.”

But Rafael Martinez, the man who witnessed Monday’s incident, called the mayor out.

“I witnessed a woman get arrested for selling churros this morning,” he tweeted. “She is simply trying to make ends meet. You are an embarassment [sic] to this city but it’s to be expected by you at this point.”

The 41-year-old vendor in Monday's incident has two outstanding warrants in Queens for failing to appear in court. They're both from previous summonses she was issued for unlicensed general vending.

"This unauthorized vendor was given a warning and told to leave the station. She returned a short time later," an NYPD spokesperson said. "Officers attempted to issue her a summons but discovered she had two open warrants. She was handcuffed, issued a summons, and taken to court to answer for her warrants."

They arrested another churro lady. This time Myrtle-Wyckoff ave station of the M and L. So this is what our city is cracking down on? pic.twitter.com/GHCWNsiZAA