Land of opportunity: the evolution of landfills, from dumps to development 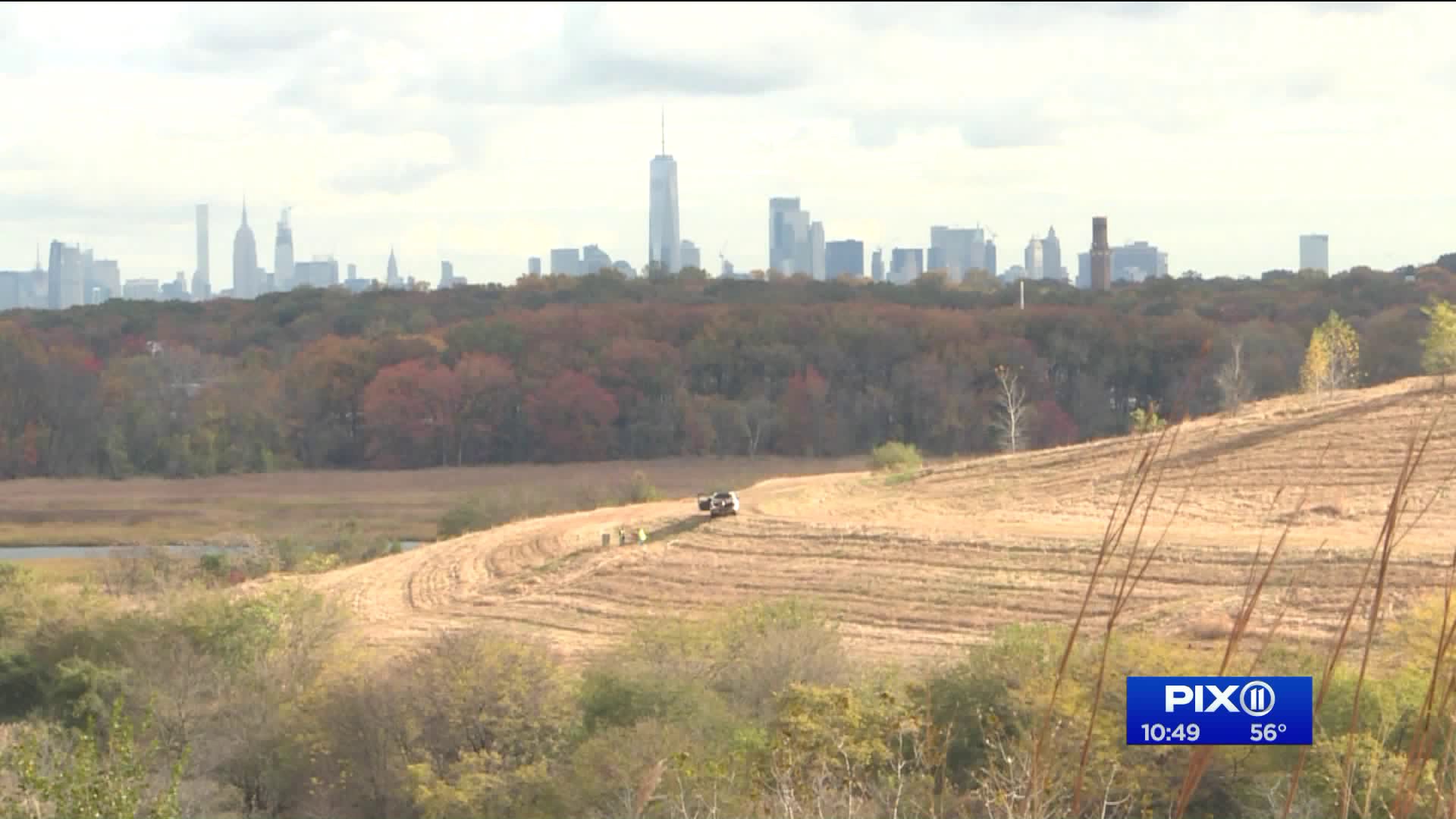 Where some see dumps - developers see prime real estate. Others see fields of opportunity or open space, including the biggest park New York City has ever seen: Freshkills on Staten Island.

Others see fields of opportunity or open space, including the biggest park New York City has ever seen: Freshkills on Staten Island.

Developers are buying up former garbage heaps to build warehouses, homes and roads.

"It shows you the opportunities we do have with some of our reclaimed industrial landscapes," said Science and Research Development Manager at Freshkills Park Cait Field.

Standing atop a mound of buried garbage at Freshkills, it's hard to imagine the rolling green hills was once the largest landfill on earth.

Next year, the first phase of this massive redevelopment project will open to the public. At the north end of the park, 21 acres will be available for biking, hiking, walking and kayaking. Right now, you can only get on site through a guided tour. There are soccer fields and walking trails open to the public around the edges of the former landfill.

Farther north, a much different landfill redevelopment project is just getting started, called Kingsland Meadowlands. It is the former site of a couple municipal landfills in Lyndhurst and Rutherford.

"Every single landfill in the region should be put back into productive use," said Alex Klatskin of Forsgate Industrial Partners, one of the developers spearheading the project. "It’s the future, I think, of development. Since there is no land left in New Jersey."

These landfills have not accepted garbage in decades, but much still must be done to make a landfill usable and buildable again.

"We have two issues," said Lhabib Chibani with Sadat Associates, an environmental engineering firm that has transformed at least 15 landfills into parks, residential or commercial developments. "One is managing the gas within the landfill. And the other issue is settlement."

The garbage below ground is still decomposing. It’s sinking.

On top of the Lyndhurst-Rutherford landfills, they plan to build six warehouses — over 2.5-million-square feet of commercial space — over the next 6-8 years.

To make sure the land can carry that load, they will put a heavy layer of dirt down to simulate the weight a building. This will squeeze the trash and moisture below. But first, they’ll stomp on it with crushing force.

"They’re dropping a 15-ton weight many, many times over a small grid area, a 9-by-9 foot grid. And they’re doing it repeatedly," said Michael Pembroke, COO of Russo Development, a partner on the Kingsland Meadowlands project.

The site spans 718-acres, of which over 500-acres will be preserved for wildlife.

After construction of the buildings are complete, the site will have to be continually monitored for any future air, soil or water contamination.

At Fresh Kills, the grassy landscape is dotted with pipes, monitoring stations plummeting deep into the earth to check if the heaps of garbage are still steaming.

Fresh Kills actually harvests the landfill gas in plants on site. Each day, it can heat about 30,000 homes.

That same fight rages on today in Kearny, New Jersey where residents successfully sued Keegan Landfill. A judge ordered it to shut down in September.

But the New Jersey Sports and Exposition Authority, which owns Keegan, filed an appeal to keep the landfill open as residents push for the mountain of garbage to get sealed.

"It’s closed let's cap it," said Cristina Montague, a Kearny resident. "What are you gonna wait for people to get sick? My friends are sick."

An impermeable plastic cap — the first step in landfill redevelopment — would stop spikes of a sickening gas from leaking out. High levels of hydrogen sulfide have seeped out from the site — even forcing the emergency evacuation of children from a soccer field in September.

"Until that cap is there those emissions will slowly poison us," said Kearny Mayor Alberto Santos.

These three current and former landfills - Keegan, Kingsland Meadowlands and Freshkills - provide three case studies in what is the changing landscape of landfill redevelopment.

"They’re really opportunities," said Field. "For either adding green space like here, or in some cases, adding residential development. And thinking about outside the box about what is possible."