Former President Jimmy Carter out of surgery, no complications: spokesperson 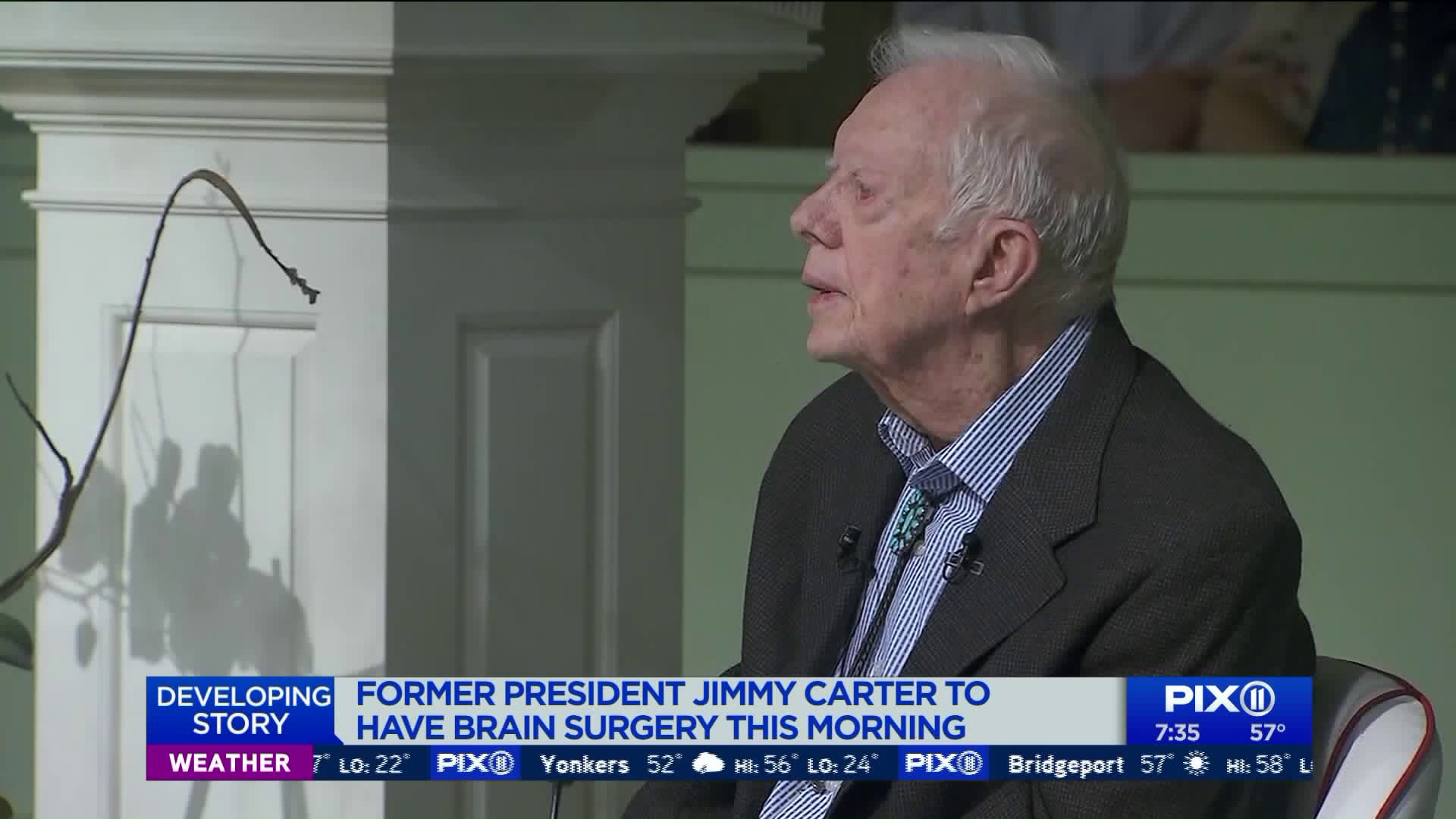 Former U.S. President Jimmy Carter has been admitted to Emory University Hospital this evening for a procedure to relieve pressure on his brain, caused by bleeding due to his recent falls. A spokeswoman says the procedure is scheduled for Tuesday morning. President Carter is resting comfortably, and his wife, Rosalynn, is with him. Carter, 95, has fallen at least three times this year, and the first incident in the spring required hip replacement surgery.

ATLANTA — Former President Jimmy Carter was recovering Tuesday from surgery to relieve pressure from bleeding on his brain. His spokeswoman said there were no complications from the procedure at Emory University Hospital.

Carter will remain in the hospital for observation, said Deanna Congileo, his spokeswoman at the Carter Center. Her statement said the Carters thank everyone for the many well-wishes they have received, and she doesn't anticipate making more announcements until he's released.

Earlier, she said the procedure was meant to resolve bleeding due to his recent falls.

Carter has fallen at least three times this year. The first incident, in the spring, required hip replacement surgery. He hit his head falling again on Oct. 6 and received 14 stitches, but still traveled to Nashville, Tennessee, to help build a Habitat for Humanity home shortly thereafter. And he was briefly hospitalized after fracturing his pelvis on Oct. 21.

Carter also received a dire cancer diagnosis in 2015, announcing that melanoma had spread. After partial removal of his liver, treatment for brain lesions, radiation and immunotherapy, he said he was cancer-free.

Despite being 95 now and in increasingly frail health, the nation's oldest-ever ex-president still teaches Sunday school about twice monthly in his hometown of Plains in southwest Georgia.

Rev. Tony Lowden, Carter's pastor at Maranatha Baptist Church, said the ex-president was hospitalized Monday on what he called "a rough day."

"We just need the whole country to be in prayer for him," Lowden said in a telephone interview.

The church has announced that Carter will not be teaching his Sunday school class this week.

Carter is resting comfortably, and his wife, Rosalynn, is with him, Congileo said.

Carter candidly discussed his own mortality on Nov. 3, during his most recent appearance at their church. Referring to his cancer diagnosis, Carter said he assumed he'd die quickly after finding out the extent of his illness.

"Obviously I prayed about it. I didn't ask let God to let me live, but I just asked God to give me a proper attitude toward death. And I found that I was absolutely and completely at ease with death," he said.

Since then, Carter said he's been "absolutely confident" in the Christian idea of life after death, and hasn't worried about his own death.