G Thing: Vietnam veteran rewarded with a life-changing gift for his life-long service 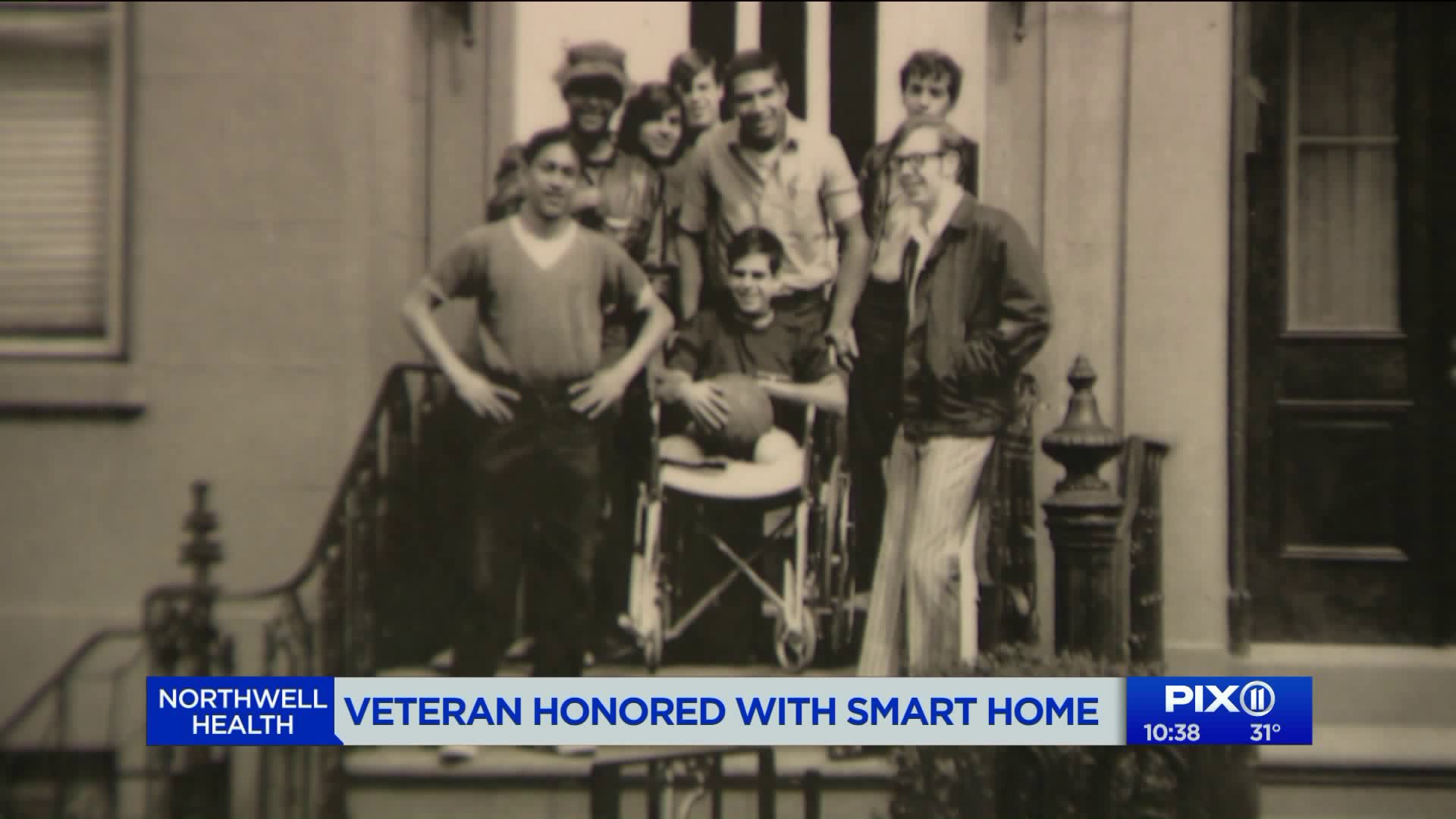 A wonderful surprise for a Vietnam veteran who has been changing lives even after losing both of his legs in the war.

STATEN ISLAND — A wonderful surprise for a Vietnam veteran who has been changing lives even after losing both of his legs in the war.

We headed out to Staten Island where his service was rewarded with a new home that will now change his life.

Mike Sulsona joined the Marines when he was just 17 years old. In 1969, this Brooklyn boy had heard of Vietnam, but it didn't really resonate with him.

Six months in the service he was headed to Vietnam and that's where his life changed forever.

“I was going to go one way and the squad leader told me to go another way. I took 3 steps and we broke out into an ambush.”

Mike lost both of his legs. That undeniable spirit from within is what kept mike on the right path. He also credits his friends who welcomed him back to the neighborhood and his special girl.

Mike went to college and became a prolific sculpture playwrite and even had a part in “Born on the 4th of July” with Tom Cruise.

However, being a Marine, he knew he had a calling to help others.

“The Vietnam vets had a creole that you take care of your brother because that's all you have.”

He became an ambassador to the Stephen Siller Tunnel to Towers foundation working with vets with catastrophic injuries.

Many took note of his unwavering efforts to help others and Mike got a call one day to come to Stephen Siller's offices.

“I got there, and they told me they wanted to give me a house and I was like shocked. “

Frieda and Mike moved into this new “smart" home this summer. Mike say the home has given him more space to move around, so much so he often forgets he’s in a wheelchair.

This smart home is also a crown jewel for Northwell Health, who has donated $150,000 to the Siller Tunnel to Towers Foundation to help build these houses.

So, what does this 67 year old want to be doing in 5 years? Retirement is not in his vocabulary, as he hopes to still be working one on one with veterans continuing to serve his country.