Fire breaks out at Brooklyn warehouse 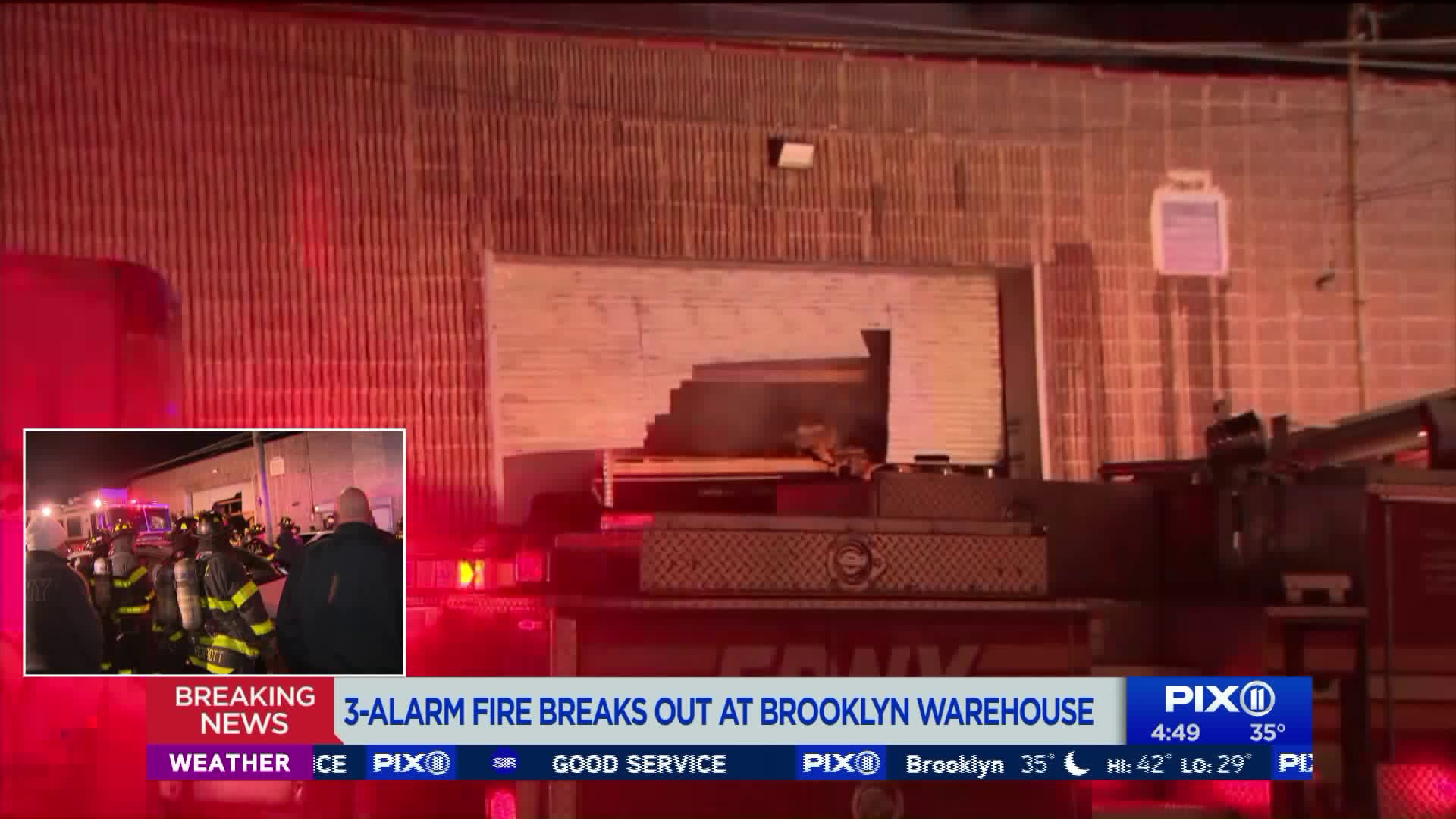 Crews were on scene after a blaze broke out at a Brooklyn warehouse.

GREENPOINT, Brooklyn — Crews are on scene after a fire broke out at a warehouse in Brooklyn early Friday.

Authorities responded to the vicinity of Van Dam Street and Nassau Avenue in Greenpoint just before 2:30 a.m. and arrived to find thick, heavy smoke coming out of the one-story warehouse.

A "quick deterioration" of the roof forced firefighters to battle the blaze from outside the building, a fire chief on scene said.

Fire officials say the flames are now out, but they are continuing to look for any hot spots.

Over 100 emergency personnel responded to the scene.