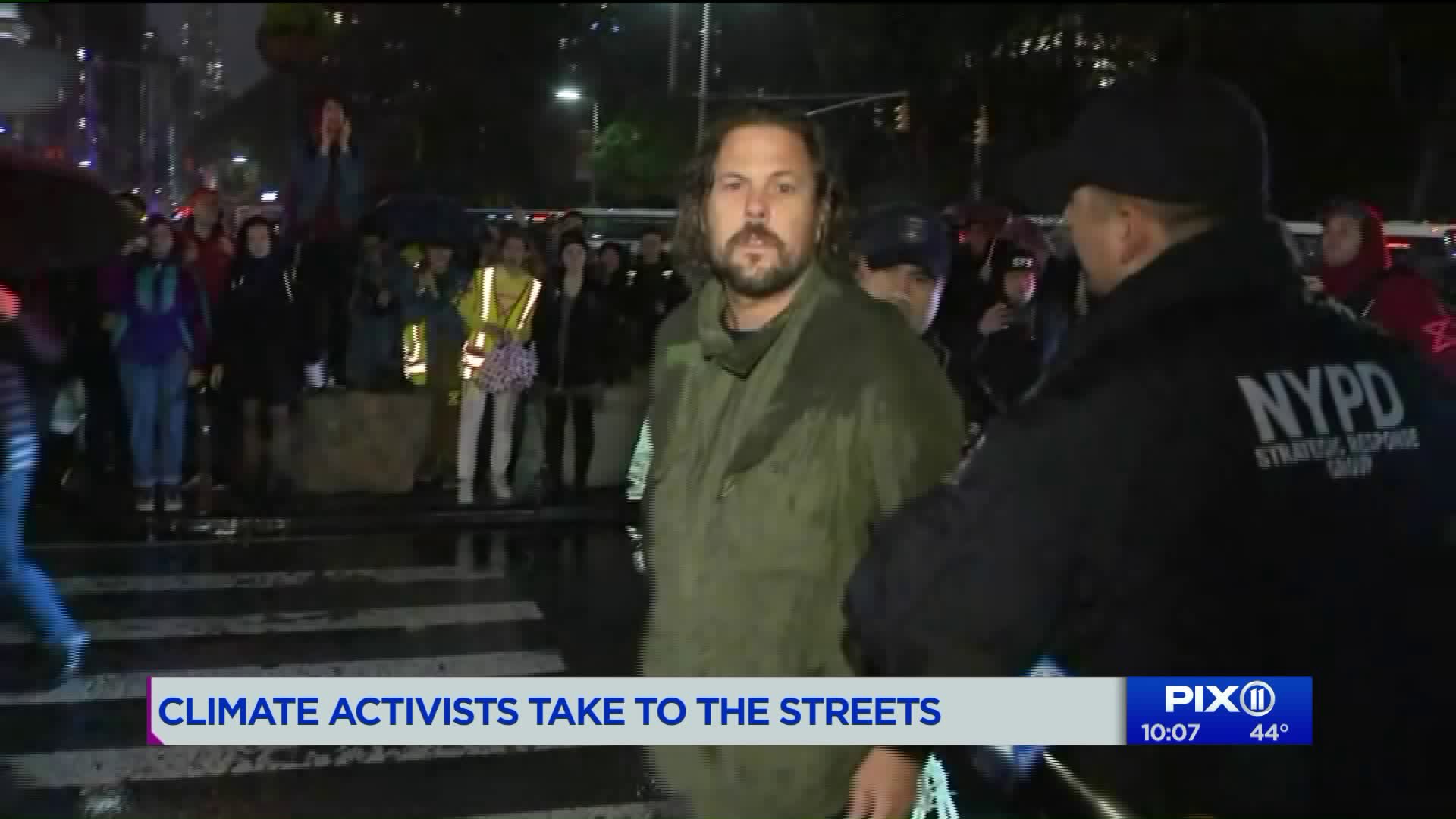 It`s a new group formed just three weeks ago with the message that universities are declaring rebellion. Their goal is to disrupt but not get arrested.

WASHINGTON SQUARE — It’s a new group formed just three weeks ago with the message that universities are declaring rebellion.

Their goal is to disrupt but not get arrested.  Organizers called it the kick off of a national movement of university students called Extinction Rebellion.

Hundreds of NYU, Columbia, New School CUNY and FIT students gathered on the steps of the New York Public Library at 42nd St.  They say they are passionate about climate change and the health of the planet and are inspired by the nonviolent civil disobedience of the past.

“University students are demanding that their institutions take action in regard to the climate emergency,” Ayisha Saddiqa, march organizer, told PIX11 News. “That they are the beacon of learning and innovation and they have to step up to that role. We can’t wait any longer. We want it now,” she added.

They marched down Fifth Avenue on the sidewalk headed to Washington Square.  Occasionally, like at 23rd Street, they used a tactic of disruption they called swarming, blocking traffic to disrupt “business as usual” but moving on just as Police threatened to arrest them.  Once at Washington Square, marchers lit candles and talked of the future and the past.

“We need the people in the streets in order to create enough pressure for politicians to do something,” Trellan Smith, a volunteer, told PIX11 News.

PIX11 News asked the youngest marcher why she was there.

The next action for this group is a mass meditation in November 29, Black Friday, place to be determined.