How The 1619 Project is reframing slavery to young people and all people: a 1-on-1 with Nikole Hannah-Jones 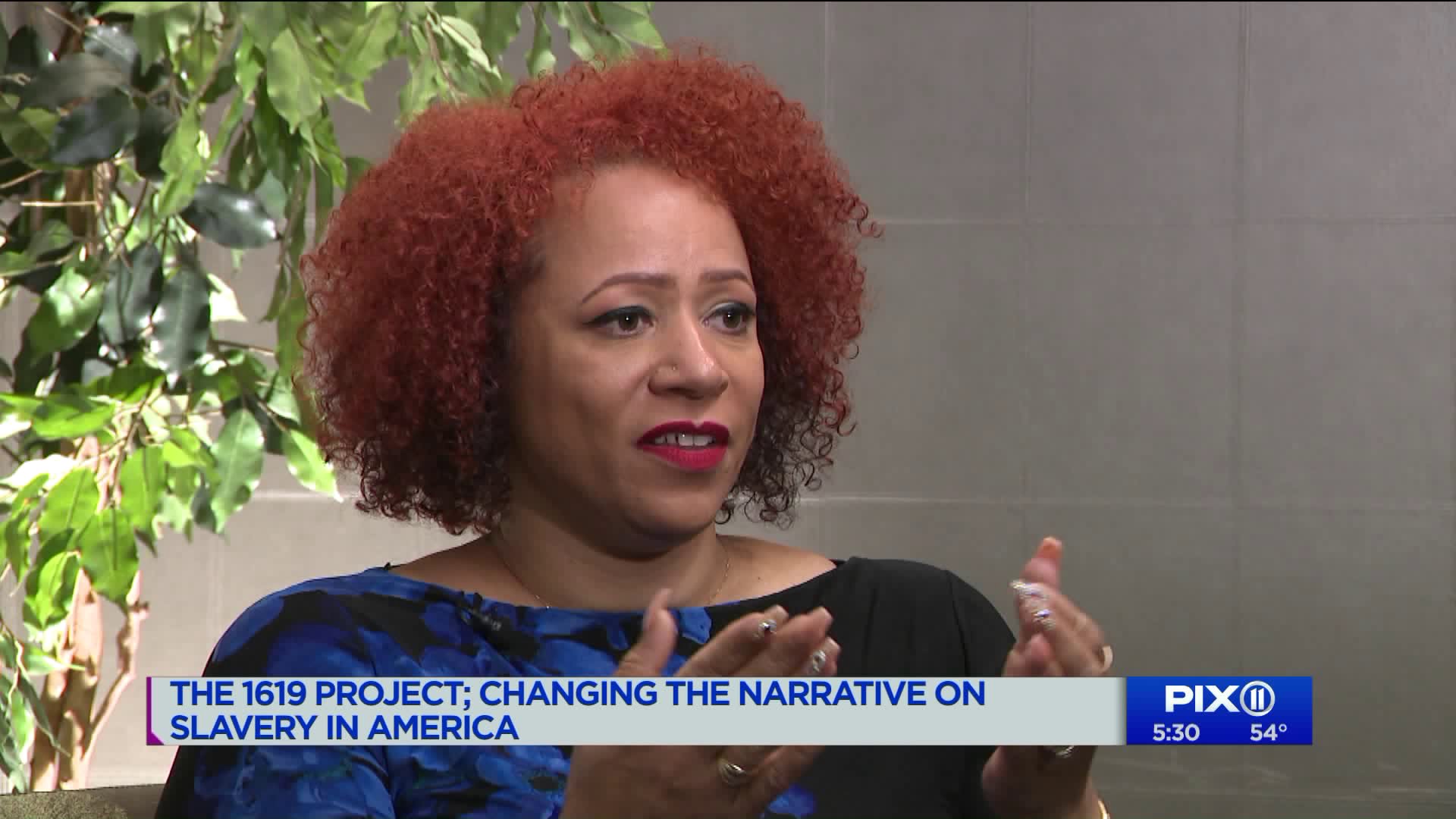 It`s shattered many long-standing assumptions about a central part of American history and culture, and now, the 1619 Project -- a collection of articles, literature, poetry, art and analysis, produced by the New York Times Magazine -- is set to transform how the youngest generation views slavery and its effects.

NEW YORK -- It's shattered many long-standing assumptions about a central part of American history and culture, and now, the 1619 Project -- a collection of articles, literature, poetry, art and analysis, produced by the New York Times Magazine -- is set to transform how the youngest generation views slavery and its effects.

Project creator Nikole Hannah-Jones said in an interview with PIX11 News that New Yorkers in particular need to understand that the strength of our city, as well as that of the tri-state region, is due to slavery practiced here for more than two centuries.

"We need to understand as New Yorkers that this was not a Southern phenomenon, that slavery was a national phenomenon," Hannah-Jones said. "There was a lot of money being made without you personally having to have owned other human beings."

The 1619 Project is named after the year the first enslaved Africans landed in what became the United States. The thrust of the entire project is that the effect of the 1619 landing reverberates in most aspects of American life to this day.

"I wanted to show that you can look around at almost anything in modern American life and see the remnants of that legacy" Hannah-Jones said.

"From why we don't have universal health care," she continued, "why we consume so much sugar, why traffic is so bad in Atlanta, the version of capitalism that we practice here, that a place like New York City does not become the financial capital of the world without slavery. All of these things have roots in slavery."

The 112-page publication was assembled over seven months of non-stop work. Its print version sold out immediately, and its online views have shattered records.

"My only thing I really have to say to them," Hannah-Jones told PIX11 News, "[is] show me where the facts are wrong, and if you can say there are factual inaccuracies, then we have to deal with that."

"We worked really hard and had panels of scholars helping us to make sure we got things right," she continued, "but if you just don't like the way we're presenting the story of history, deal with it."

Schools nationwide are embracing the project as a teaching tool.

One of those schools, the Facing History School, in Manhattan, is one of at least 12,000 across the country where the 1619 Project is available. Facing History's student body is almost completely black and Latino.

Students in the American History class that Alexa Achille and Eric Albino co-teach said that the project helps them to better relate the history of the origins of the U.S. to their own lives.

"It's bittersweet," said Jaidyn Townsend, an 11th grader. "It's good to know and see how far we've come, but it's sad to know that's the history we had to go through."

"It inspires me," said a classmate, Jeremias Mata, who added that project helps him to see how perseverance has benefited people from the African diaspora. "If I'm in a situation where the odds are stacked against me, I've got to believe in myself."

Hannah-Jones said that the 1619 Project looks at all of American history, and shows that while slavery's effects are wide-ranging, people of color still triumph.

"To make an argument that black people believed in our founding ideals, even when they had no reason to," she said. "There's no greater belief in America and the ideals of America than that."