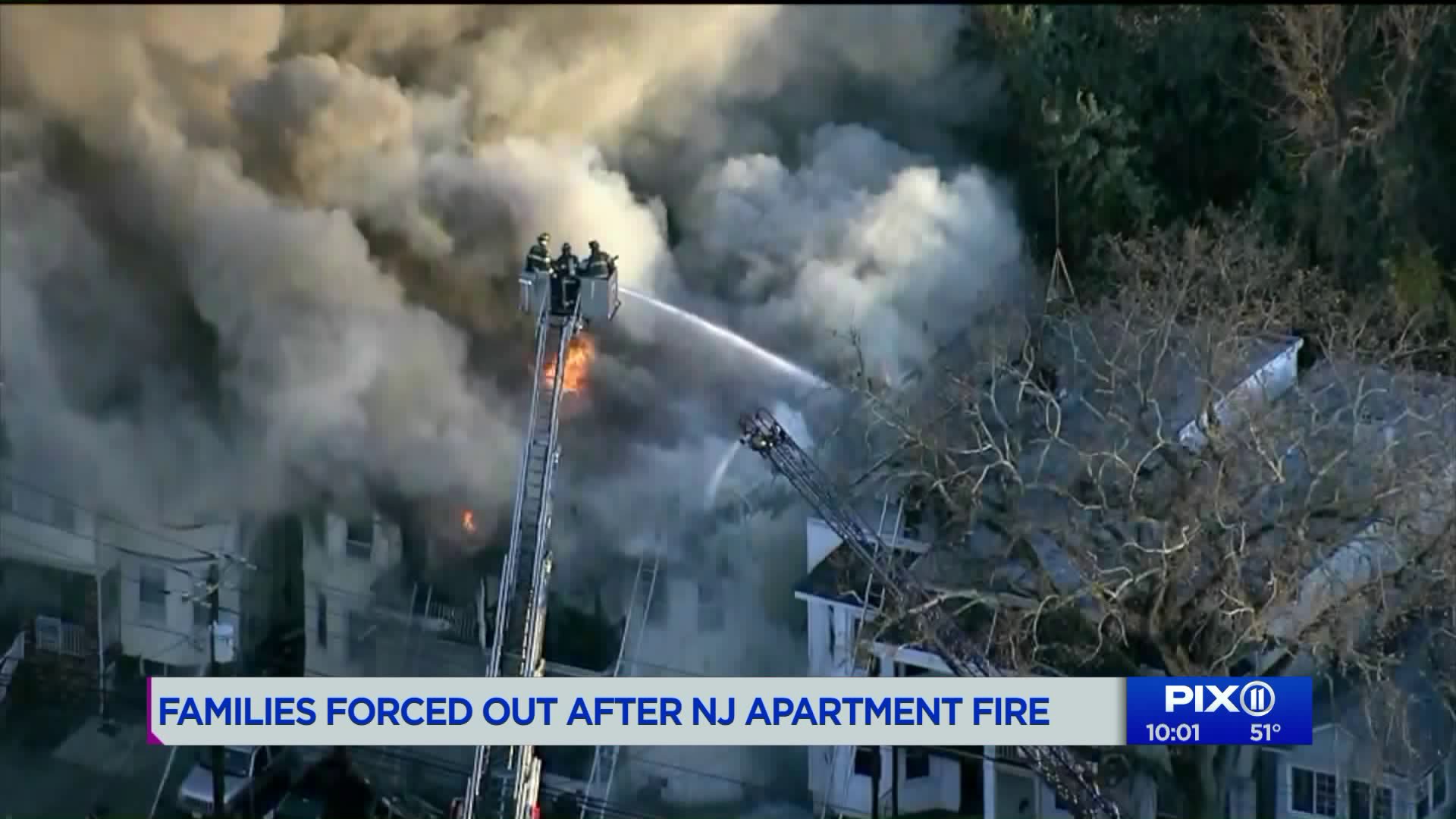 A fire Wednesday afternoon sent giant clouds of smoke billowing into the sky over Elizabeth.

The four-alarm fire broke out in a side-by-side duplex surrounded by other buildings on Westfield Avenue. Smoke from it stretched for blocks across the city.

Anna Hamed was home and watched from across the street as her neighbors ran out of the burning building.

"I cry because it's my neighbor," she said. "Thank God everybody is OK."

She wasn't the only worried neighbor.

"These people are very close to us," Jose Ramirez said. "We're all like family. I feel life, very bad about what happened today. I've never seen something like this in my life."

Fortunately, there were no deaths or injuries in the blaze. But Elizabeth Fire Department Chief Thomas McNamara said it took more than 100 firefighters and a seemingly endless stream of water to prevent the bad fire from spreading and creating a worse situation.

"We had lines in place, but we just had to bring water in," he said. "We were concentrating on the exposure and we gotta give up the main fire building and we gotta keep the main exposures intact. We did have fire damage to both the B and the D exposure, but it could have been worse."

AIR 11 was live over the scene.

It's not yet clear what caused the fire.