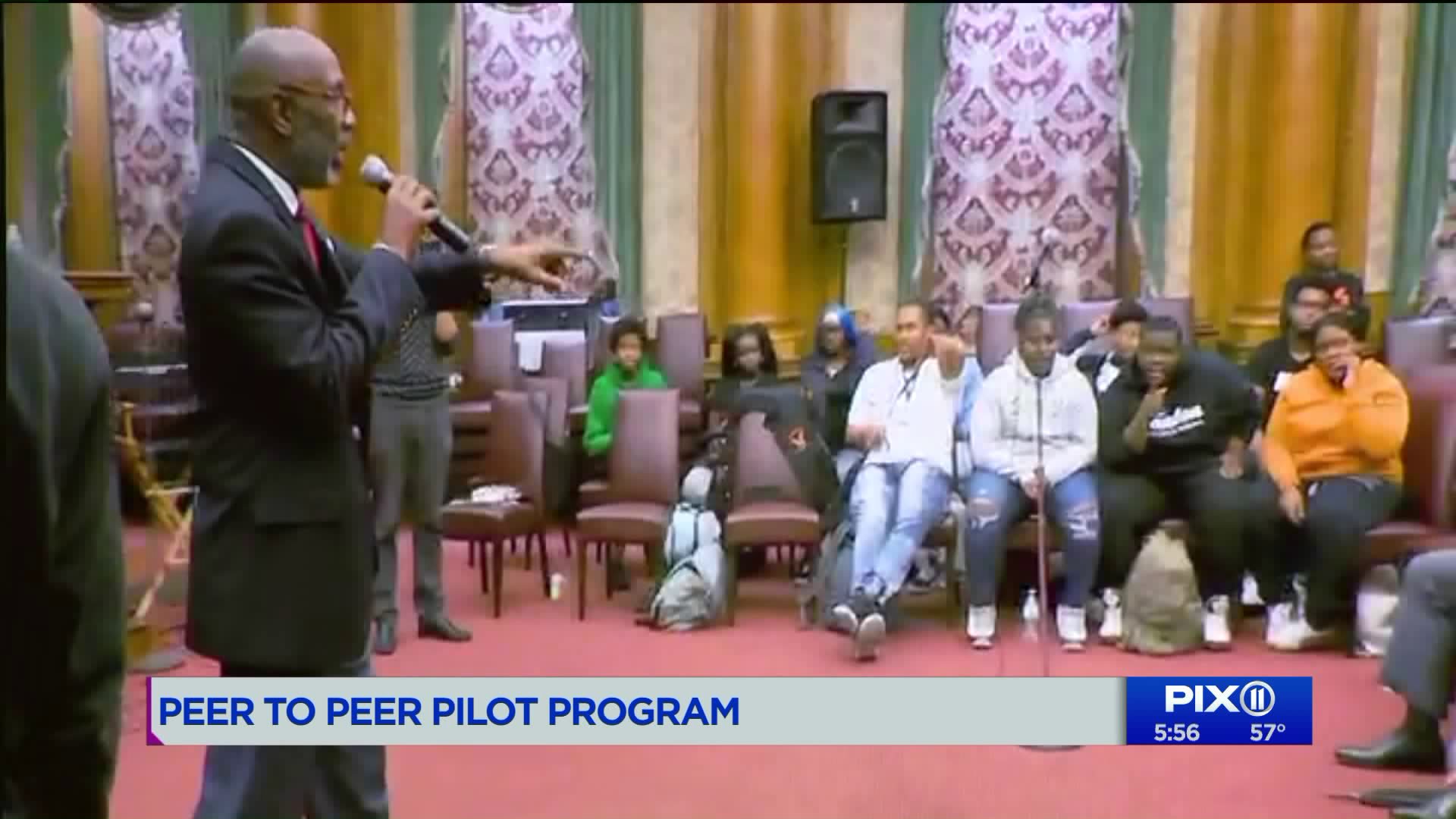 These peer-to-peer drills are funded by a new grant from Brooklyn Borough President Eric Adams. The peer leaders help teenagers across Brooklyn learn the best way to navigate encounters with police.

This story is about a lesson in course correction: hands on instruction from adult mentors that will be passed on to young student peer leaders.

Those peer leaders will in turn help teenagers across Brooklyn learn the best way to navigate encounters with police.

"When you keep shouting 'I know my rights. I'm not going anywhere —' you don't know your rights. Because when a police officers gives you a lawful order and you don't obey, not you're breaking the law," an adult member of the panel told the crowd.

These peer-to-peer drills are funded by a new grant from Brooklyn Borough President Eric Adams.

“This is an entire generation that’s behind me that everyone is telling them what they should do, but no one told them how to do it. We point the finger at them, and tell them, 'why didn’t you listen? Why didn’t you stop?' It’s was almost as though we have adult amnesia, and forgot what we were like when we were their age,” said Adams.

Adams says it’ time for adults to stop being so judgmental and remember what it was like to be a rebellious teenager.

"We were sassy in our talk. We didn't want anyone to tell us anything," Adams said. "We were finding ourselves and defining ourselves at the same time and now we have criminalized youthful behavior."

“A lot our students are resorting to hopping the turnstiles just to get to classes they need to graduate," Hunter said. "I think when you police these neighborhoods, it creates a bad rep on these students, because now you have to hop the turnstile, potentially get a ticket, potentially get arrested, just because you want you want to go pursue an education, and I don’t think that’s right."