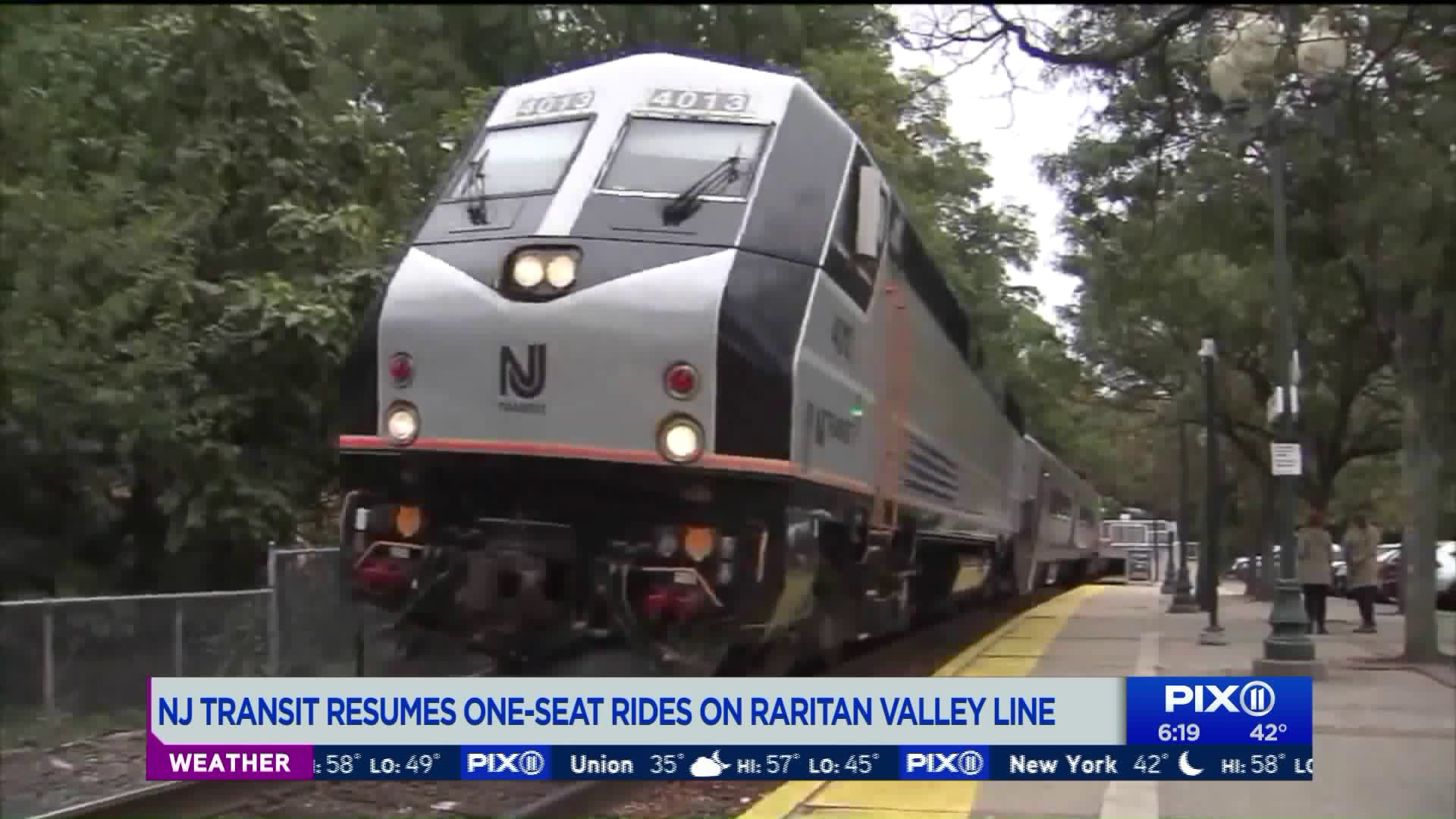 Trains on one New Jersey Transit route that had been curtailed last year as the agency scrambled to finish installing a federally mandated braking system are finally set to be restored Monday. Transit officials and Democratic Gov. Phil Murphy said back in October that off-peak direct service on the Raritan Valley Line to New York would resume November 4. The trains serve towns in Essex, Union, Somerset and Hunterdon counties.

WESTFIELD, N.J. — Trains on one New Jersey Transit route that had been curtailed last year as the agency scrambled to finish installing a federally mandated braking system are finally set to be restored Monday.

The service was halted last fall to accommodate the system-wide installation of the braking system, called positive train control, that had to be completed by year's end. The work also caused delays and individual train cancellations on other lines and prompted NJ Transit to suspend service to Atlantic City.

Contributing to the delay in restoring the Raritan Valley Line service was an engineer shortage that officials have blamed on under-investment in training by former Republican Gov. Chris Christie. NJ Transit has undertaken an aggressive recruitment effort since last year and currently has several classes of engineers undergoing the 20-month training.

One class graduated 12 engineers in May, while another is scheduled to graduate seven more this week and several additional classes are scheduled to graduate by next spring. That should help NJ Transit reach a level of staffing sufficient to accommodate unscheduled absences and vacations, Department of Transportation Commissioner Diane Gutierrez-Scaccetti said Monday.

Until then, the shortage continues to be a problem: 13 trains were cancelled on Monday, for example, most due to lack of engineer availability.

"When you have days like today, it stinks," Murphy said "There's just no other way around it. We need more engineers. But by the time we come around to next summer I think we'll be in a much, much better place."

It will likely take much longer for rush-hour commuters on the Raritan Valley Line to enjoy direct service to New York, due to capacity constraints in the century-old tunnel between New Jersey and New York. Those trains currently stop at Newark's Penn Station, forcing commuters to disembark and rush downstairs and then back up to get on connecting trains to New York.

Gutierrez-Scaccetti said she is hoping to make the connections easier by instituting single-platform transfers, but did not say when that might happen.