Man arrested after pipe attacks on boy, woman in the Bronx: police 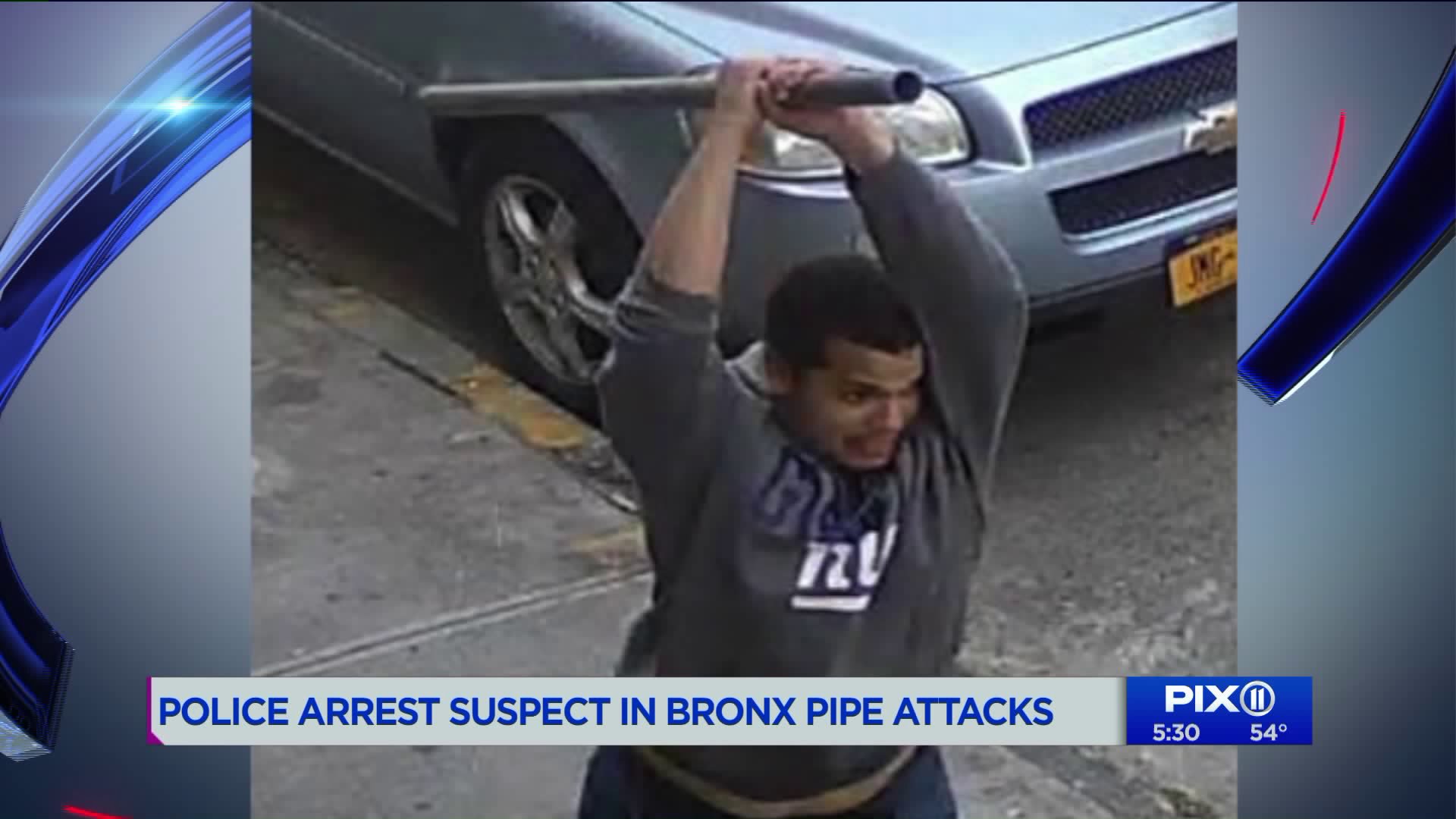 13-year-old Angel describes the scary encounter, where a man grabs him and tackles him to the ground. Nicole Johnson reports.

THE BRONX — A man has been arrested in connection with two pipe attacks in the Bronx last month, police said.

Police took 24-year-old Manuel Jimenez into custody Friday and faces charges of attempted murder and acting in a manner injurious to a child under 17.

Update - 40 Squad with the help of the public has identified and apprehended the person wanted for this attack. A 25 year old male is in custody and charges are pending. @BronxDAClark @NYPDTips #Bronx pic.twitter.com/cJUB3a78gY

Jimenez allegedly attacked a 13-year-old boy and a 58-year-old woman in the Bronx in two separate incidents, police said.

On Oct. 18, the suspect covered the teenage boy's eyes and then slammed the boy into the ground near Willis Avenue and East 144th Street, officials said. The victim was not seriously injured.

About a week later, a 58-year-old woman suffered a broken arm in the next attack, police said. The man allegedly approached from behind and hit the woman with a metal pipe near Walton Avenue and East 144th Street on Oct. 26.