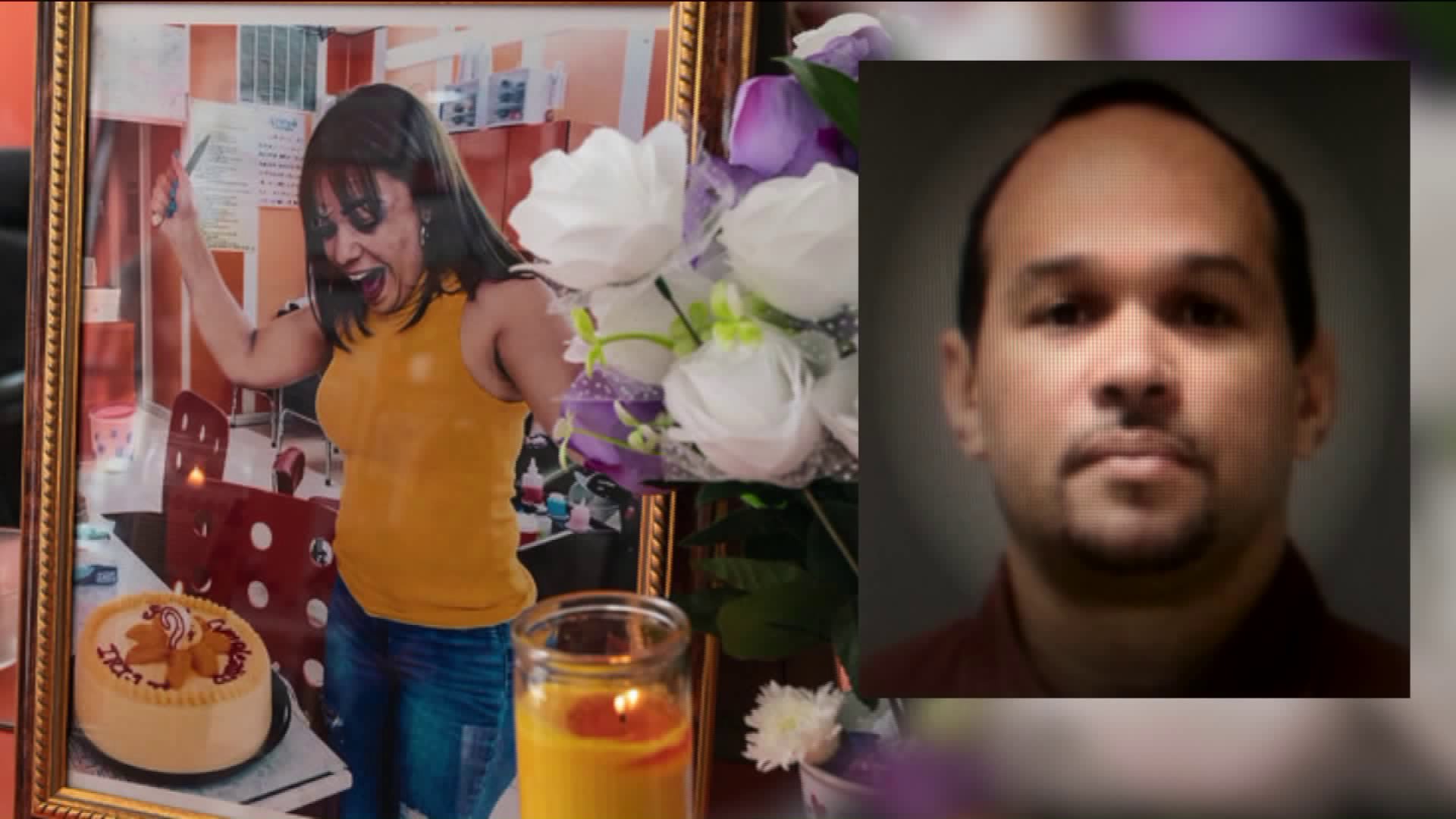 Lourdes Salazar, owner of the Tu`Stilo Salon in Jackson Heights, Queens, noticed the bruises on her hair stylist`s necka week before murder visited her shop on Aug. 7. She and other workers in the salon are going to group therapy and individual therapy after witnessing the horrific murder.

QUEENS — Lourdes Salazar, owner of the Tu’Stilo Salon in Jackson Heights, Queens, noticed the bruises on her hair stylist’s neck—a week before murder visited her shop on Aug. 7.

“She had on her neck black spots,” Salazar told PIX11, speaking of 35-year-old Carmen Iris Santiago.

“He put the hands here,” Salazar said, gesturing to her neck.

She was referring to her employee’s husband, William Rivas.

William Rivas had just been paroled from a Pennsylvania prison in May after doing more than four years for terrorizing another woman.

He had fathered a child with the Philadelphia victim, even though he’d married Santiago in the Dominican Republic 18 years before.

Santiago was the mother of two sons.

“I told her to go to the police,” Salazar said she told Santiago.

The stylist’s decision proved to be fatal.

On Aug. 7, after pacing outside the shop on 37th Avenue, Rivas allegedly stormed into the shop carrying a large knife.

The NYPD charged him with murder for a brutal act that was captured on surveillance footage.

Police said Rivas stabbed his wife repeatedly in the torso, before taking a gulp of alcohol and then laying on her body in the shop, sobbing before officers pulled him away and arrested him.

Salazar said Santiago only came to the United States four years ago.

Two months after she arrived, her husband went to prison in Pennsylvania.

Salazar told PIX11 she and other workers in the salon are going to group therapy and individual therapy after witnessing the horrific murder.

The salon butchery was just one of multiple, “intimate partner” murders PIX11 has reported on this year.

The shop owner now keeps domestic violence flyers on her counter, near the cash register.