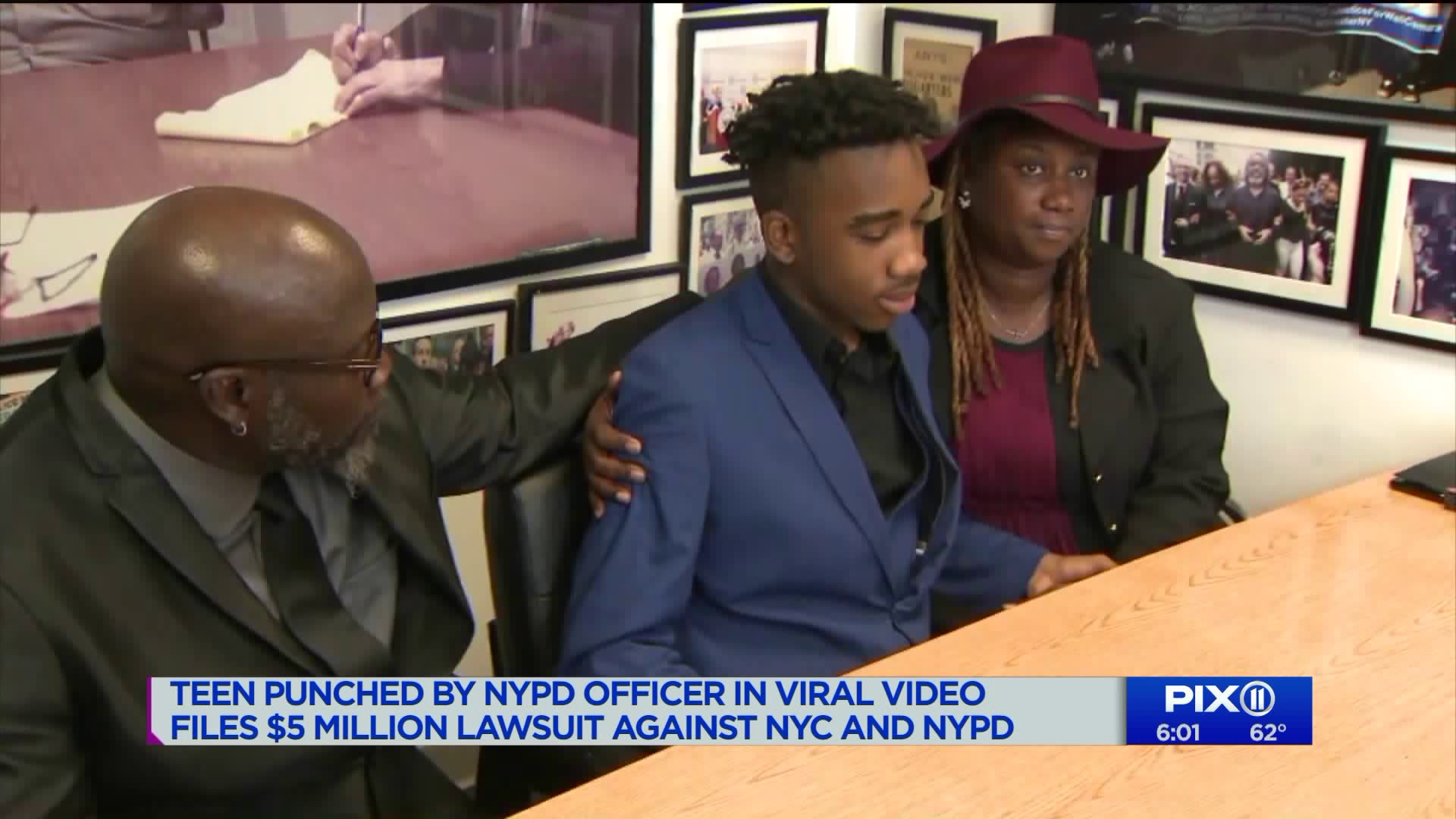 Benjamin Marshall, 15, is one of five teens arrested during the viral subway station brawl. He was in court facing criminal charges Wednesday. But his family is also firing back against the city. They filed a notice of claim for a civil suit against the city, the NYPD and the officers involved in the altercation.

BROOKLYN  — A teen who was in a subway station altercation with police that went viral appeared in court Wednesday on criminal charges, but his family is also firing back against the city.

Benjamin Marshall, 15, was one of five teens arrested. His family has filed a notice of claim for a $5 million civil suit against the city, the NYPD and the officers involved in the altercation.

Marshall's parents say the teen was never involved in any brawl and was only at the station to retrieve his backpack.

Video shows Marshall being punched by police and returning blows.

Marshall's parents say the teen was only trying to protect himself. Dad Anthony Noel said he's discussed how to act in similar situations with his son many times.

"I'm always telling my son 'You already have two strikes against you. You're black and you're a man," Noel said.