Family calls for investigation into 2017 death 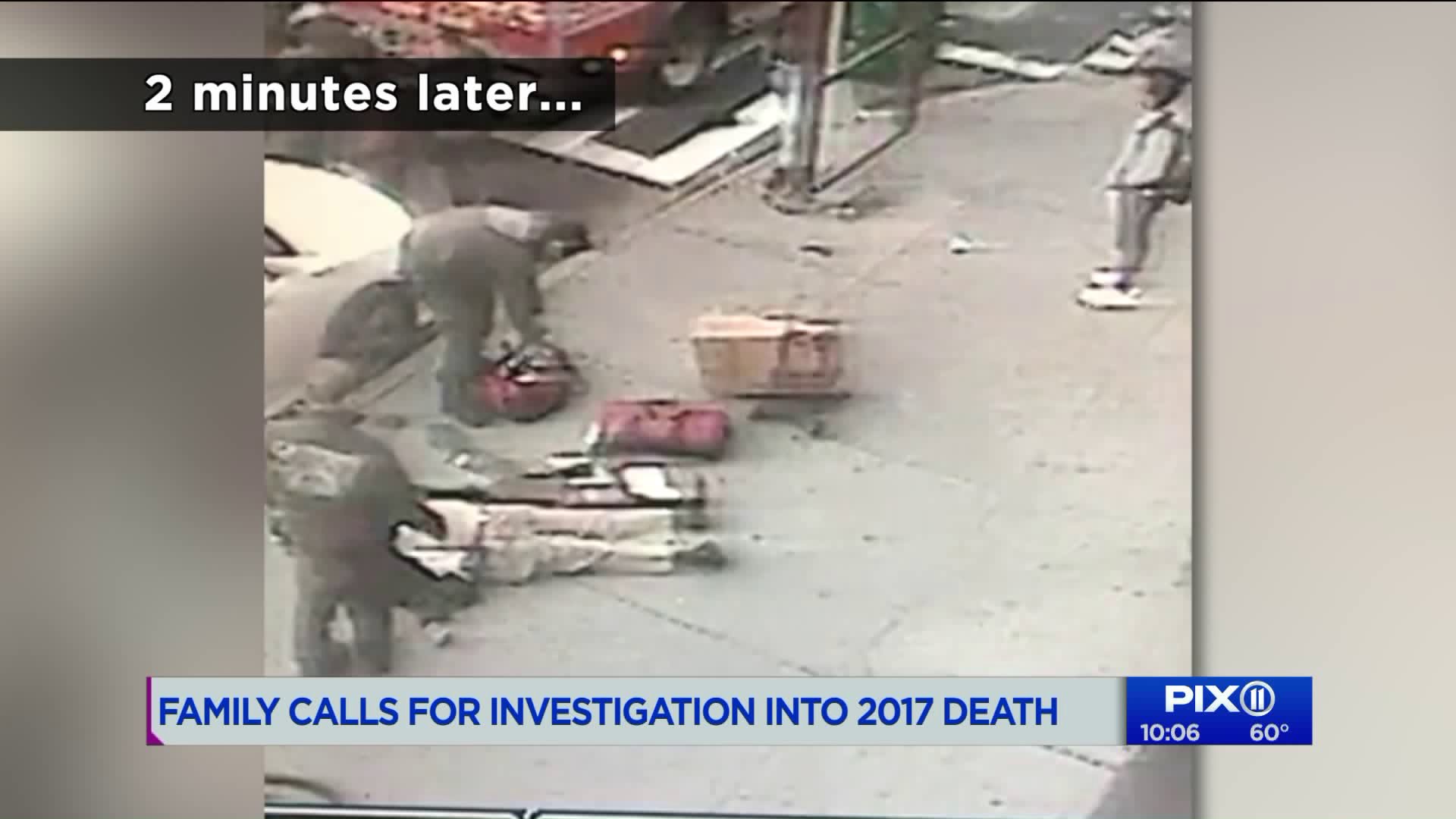 A few dozen protesters standing outside the Elmhurst Hospital ER in Queens Wednesday night led by a man on a mission, Osbert Orduna, who`s seeking accountability from the city over his father`s death.

ELMHURST, Queens — A few dozen protesters standing outside the Elmhurst Hospital ER in Queens Wednesday night led by a man on a mission, Osbert Orduna, who’s seeking accountability from the city over his father’s death.

"When 9-1-1 was called, an ambulance responded," said Orduna. "We, like every other New Yorker, expected that the best of the best was coming to help him and to save him."

Alirio Orduna was a proud Marine, a Vietnam veteran. He suddenly collapsed two years ago on October 30, 2017.

"He made a positive impact in all these people's lives," said former cadet Steven Escorza.

The family is calling for a criminal investigation into the EMS response after getting their hands on this store surveillance video.

Exactly two minutes later the EMT momentarily pauses CPR, while their partner continues to set up the defibrillator,  a portable machine that shocks the heart back into a regular rhythm.

Another two  minutes goes by, and the other EMT is now, for the first time, seen beginning to provide simulated breaths to Mr. Orduna via a manual oxygen pump.

By 4:02 p.m., a full 20 minutes after Alirio Orduna first collapsed on the sidewalk, firefighters are now on scene.

At this point, there is still no indication a defibrillator has been used to try to shock Orduna’s heart back into a regular rhythm.

It was not until 4:07p.m., some 26 minutes after his collapse, that Alirio Orduna was wheeled away to Elmhurst Hospital which is just a few blocks away.

"When I found that he died, it crushed me. It crushed me so hard," said military cadet Chelsea Guaman.