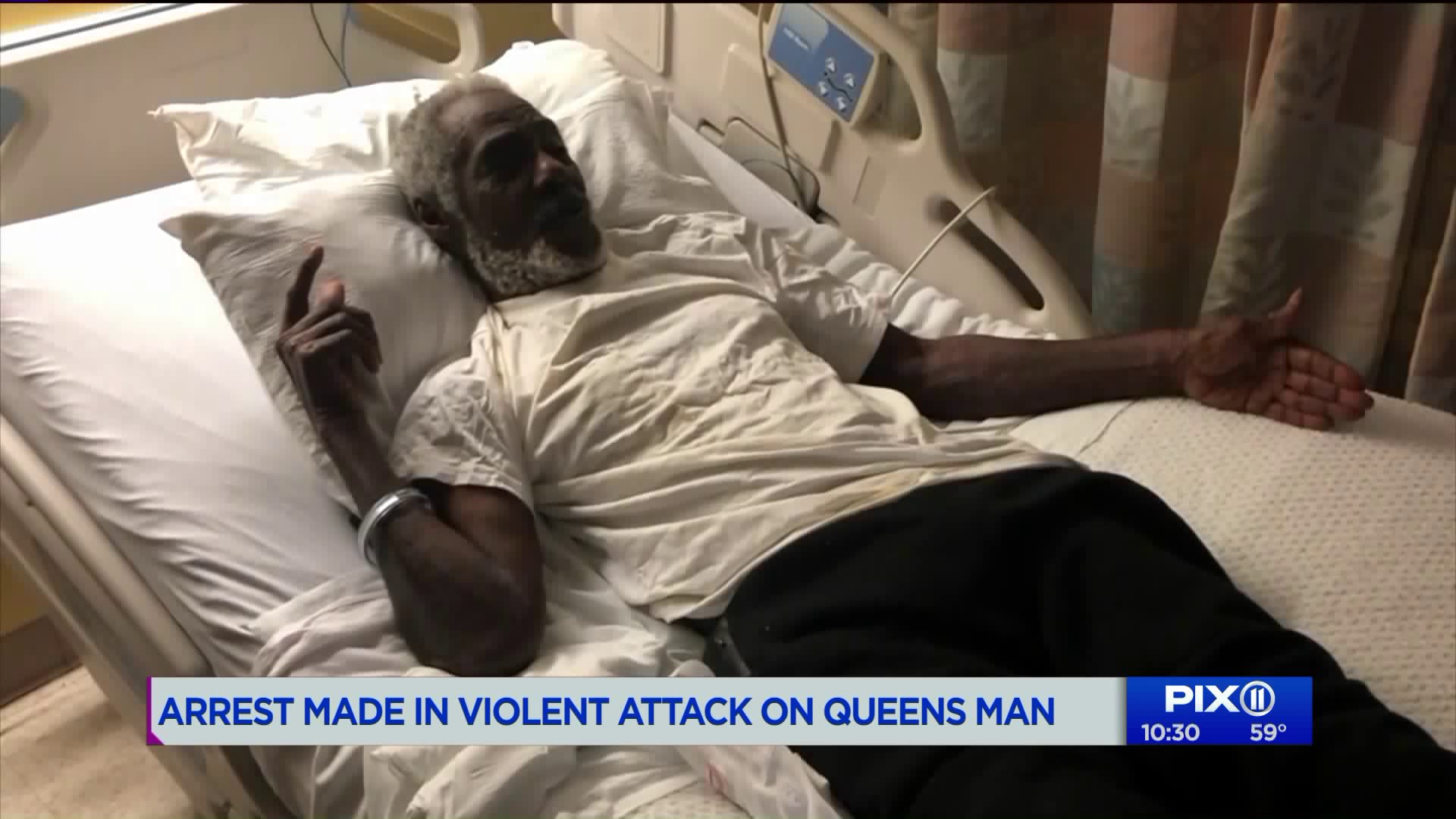 Two teens were arrested Tuesday on charges of attacking a 79-year-old man less than 24 hours after the NYPD released video of the violent beating.

CAMBRIA HEIGHTS, Queens — Two teens were arrested Tuesday on charges of attacking a 79-year-old man less than 24 hours after the NYPD released video of the violent beating.

Joseph Bonaventure in recovery after a Queens beating

Police said the arrests were made thanks to tips from the community.

Joseph Bonaventure was out for a morning walk on Oct. 8 when he was spotted the teens and asked them to move so he could get by.

"Get him, get him," one of the teens allegedly yelled at the victim. Video shows one teen punch Bonaventure, knocking him to the sidewalk. The other attacker repeatedly punched the man.

Police described the violent attack as random and unprovoked.

The victim sustained a broken femur and six broken ribs. He needed surgery and is in recovery at a rehabilitation center. Bonaventure will be there for the next couple of months.

"It will affect them when the police arrest them," he said. "They don't think about it. "