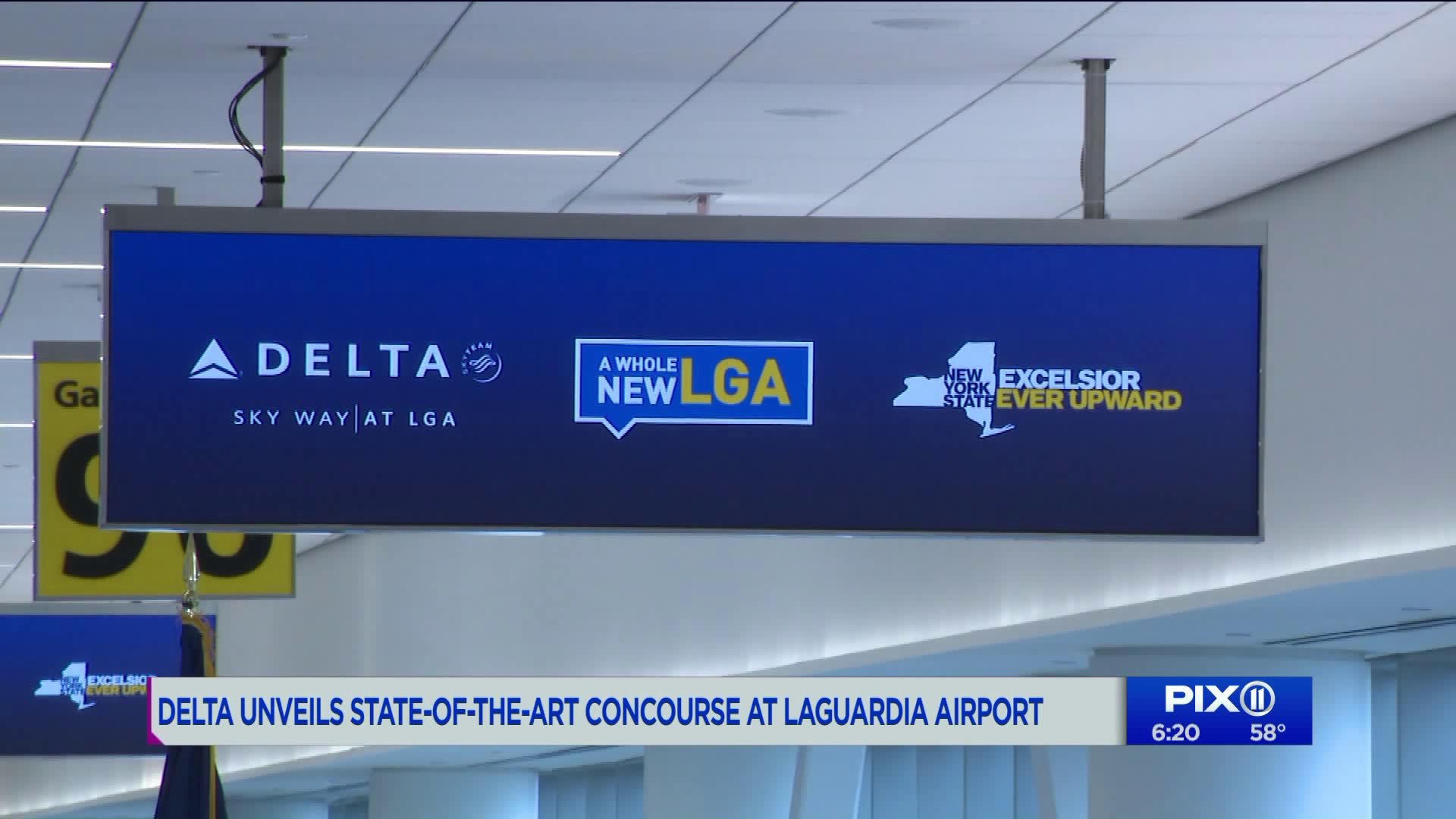 Seven new gates will begin operating next Monday. The terminal will eventually have 37 gates across four concourses.

Cuomo said the progress contradicts naysayers who thought it would be impossible to rebuild the airport while still using it. Old facilities are being demolished only as new ones are completed.

Other planned improvements include more tarmac space to reduce gate delays, restaurants and other amenities, new roads and rail service between LaGuardia and midtown Manhattan.

The new Delta terminal will have technology that helps pilots park their planes and automatically positions passenger boarding bridges.

The facility is powered by a Con Edison substation, with major electrical equipment housed on the upper level to protect against flooding if there's a major storm. Another feature is a system that makes ice at night, when energy demand is lower, and uses it to help cool the building during hot summer days.

About 31 million passengers are expected to use LaGuardia this year.