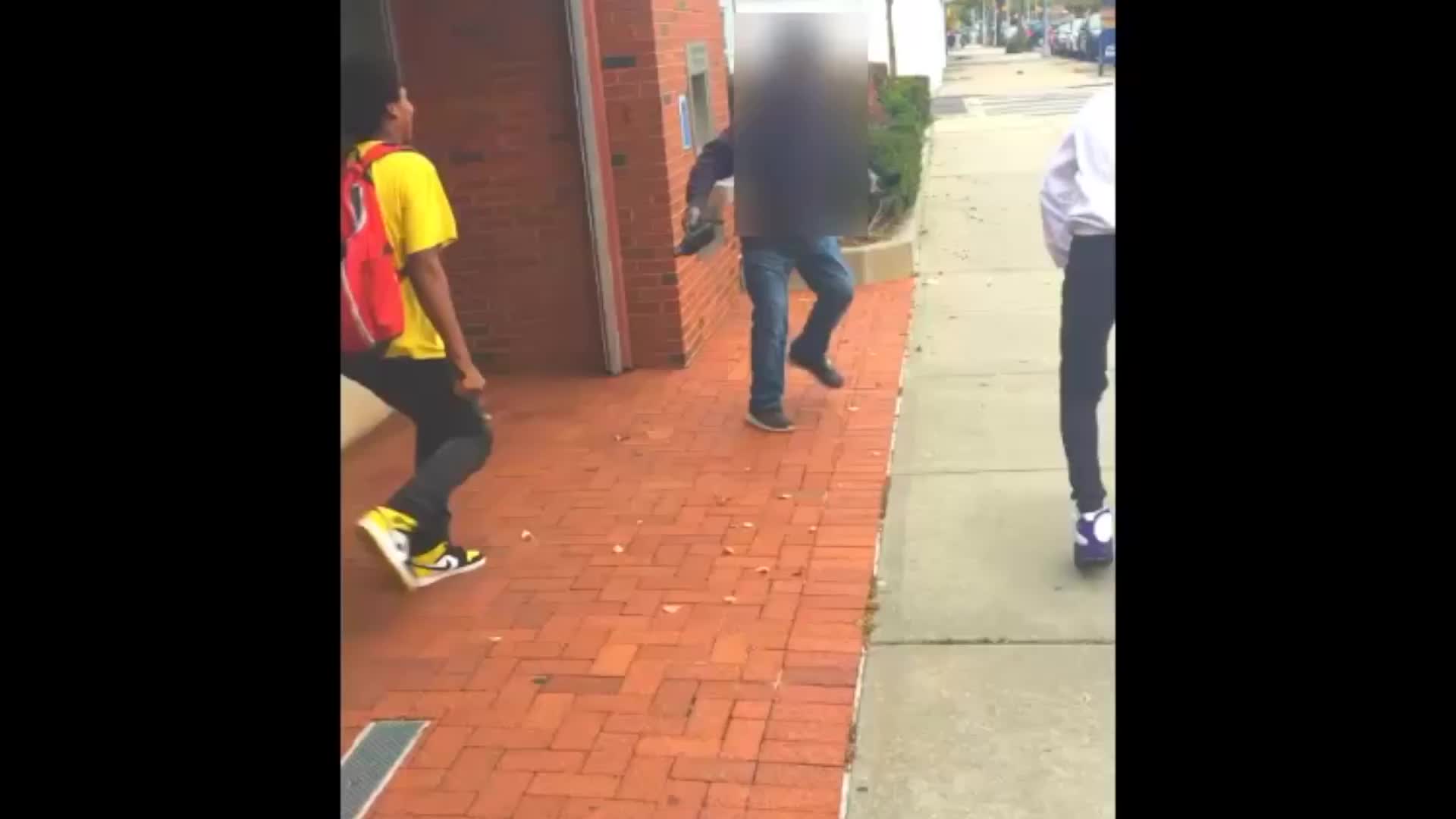 CAMBRIA HEIGHTS, Queens — A 79-year-old man was chased and beaten by a pair in Queens, video released Monday shows.

"Get him, get him," one of the attackers yelled as the victim walked in front of the Cambria Heights library on Linden Boulevard on Oct. 8.

The 79-year-old man ran. Video shows the pair quickly catch up. One attacker punches the man, knocking him to the sidewalk. The other attacker repeatedly punched the man.

Police described the violent attack as random and unprovoked.

The victim sustained a broken femur and broken ribs.

Police have asked for help identifying the attackers, who are believed to be 17 to 19 years old.

Editor's Note: A suspect picture has been edited to cover a 15-year-old suspect's face because the suspect is a minor.  A video showing the minor's face has been deleted.