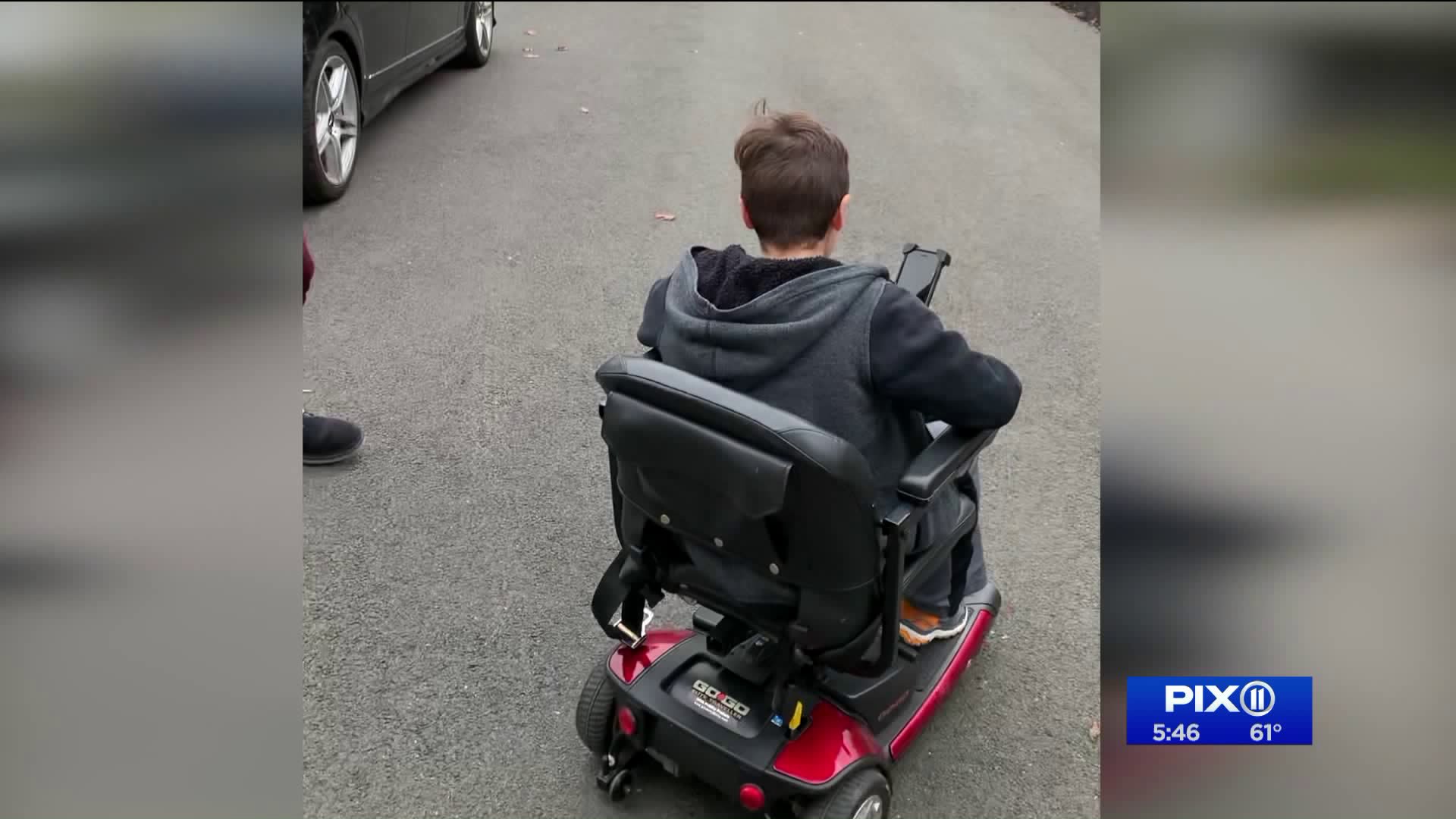 PIX11 helped a woman who`s son has a muscular disease to get a wheelchair. Three years later, another one of her children needs one.

CLARK, N.J. — Three years ago,PIX11 helped a woman who`s son has a muscular disease to get a wheelchair.

Three years later, another one of her children needs one. PIX11's on the case again.

Gina Manning first reached out to pix11 back in October 2016. Manning has four children, two of whom have a disease called DMD, Duchenne Muscular Dystrophy. There is no cure.

We met her 14-year-old son Craig three years ago. Craig needed a standing fitted chair. After PIX11’s story, Craig got his new chair.

Manning reached out to PIX11 again for help. This time for her younger son, 13-year-old Marc. Marc, like his brother, needs a fitted chair.

Manning showed us the doctors notes describing the medical benefits of the chair for her son.

“It’s all for digestion straightening of the spine, it’s to prevent the sores from sitting all the time. He needs the circulation,” said Manning.

We reached out to her insurance company, Horizon Blue Cross/Blue Shield. They told us they didn't have enough time to give PIX11 an answer and they are looking into it.