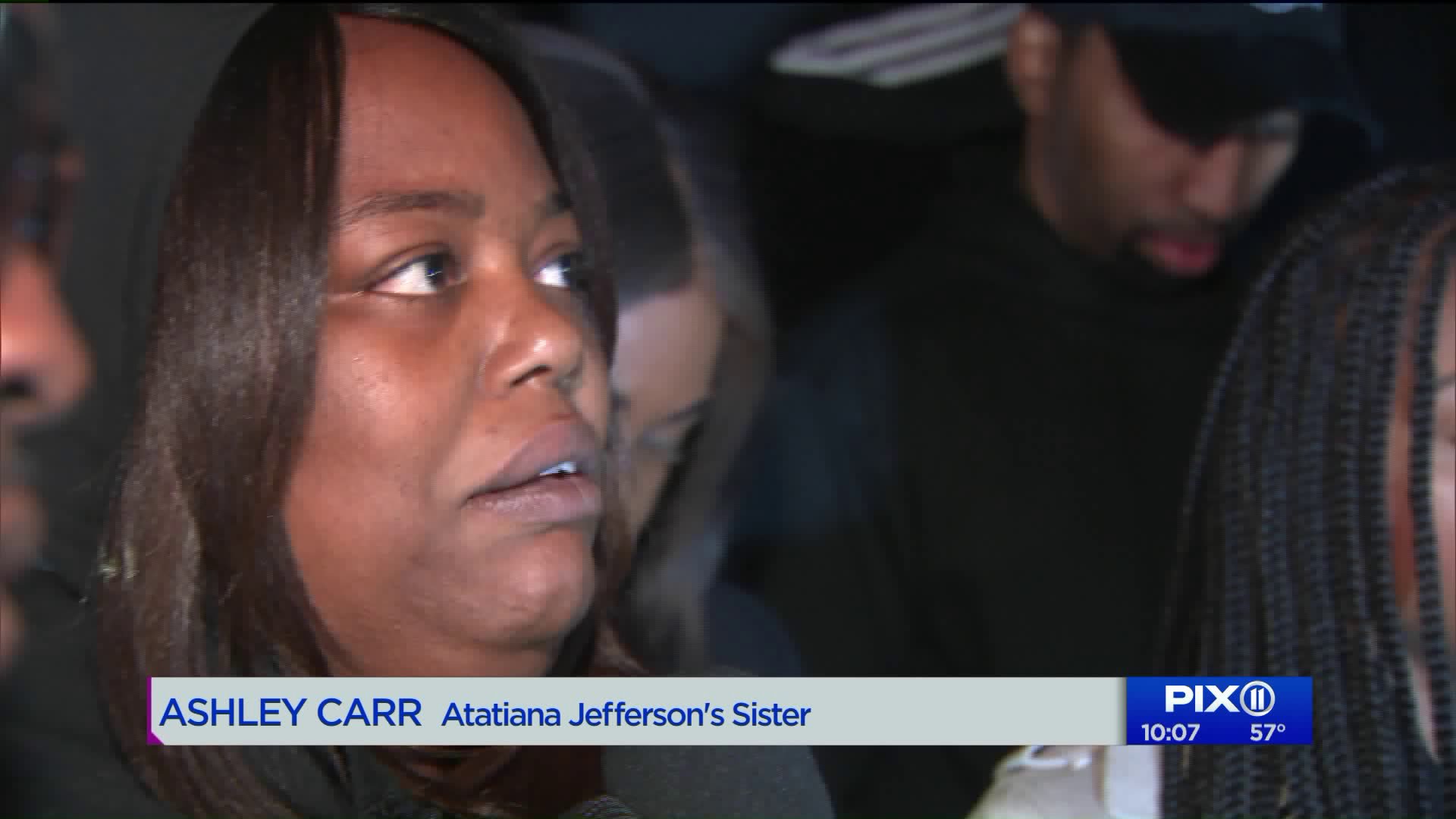 Several hundred people packed Foley Square to show their outrage as New York City is one of over a dozen cities participating in the National Day of Outrage.

MANHATTAN — Communities across the nation mobilizing today to demand justice for African-American men and women who lost their lives during encounters with law enforcement. Over two dozen cities participated in the National Day of Outrage. Locally, hundreds packed Foley Square in Lower Manhattan.

The rallies are meant to highlight the death of Atatiana Jefferson. Jefferson was killed two weeks ago in Forth Worth, Texas. The 28-year-old was in her home with her 8-year-old nephew when police arrived after responding to a call from a neighbor for a wellness check. Her nephew was uninjured. The officer who fired through the window striking Jefferson has been charged with murder.

"They were shot and killed in cold blood in their homes," said activist Tamika D. Mallory, head of Until Freedom. "If we don't stand up for this then what in the hell would we ever stand up for? In the name of black women like Atatiana Jefferson and others, we are outraged at the police terrorism that's happening to our community as a whole."

"Outrage is telling us now you can't even be a black woman playing video games in your house with your nephew," said Williams. "This is a day of reckoning we are outraged this happened in our cities and our country and we are raising our voices like never before."

Jefferson's sister was at the rally and she spoke emotionally.

"She was at home making memories with my nephew and got killed in the process for no reason at all it is so unimaginable how this could happen to you," said Ashley Carr. "My nephew is scared, he's not talking to us about it, there are things bothering him, he's 8."

Carr said they're trying to explain to the child how his aunt could be shot right in front of him.

Also at the rally this evening was Alissa Finley, the older sister of Botham Jean. Jean the unarmed man fatally shot by his neighbor, a former Dallas police officer who has since been convicted of his murder.

Finley says she wants to be there for the Jefferson family to help them through the trauma.

"I know what it's like to get that phone call in the middle of the night to learn your loved one has passed for no reason," said Finley. "This is difficult, I miss my brother every day even when the murder conviction was read, my first thought was I want him back."

Activists at the rally also encouraged citizens to participate in Black Solidarity Day next Monday. Observed every year the day before Election Day, it calls on African-Americans to not attend work and to avoid making purchases and spending money, driving home the point that the black community has a vital impact on the nation's workforce and economy.