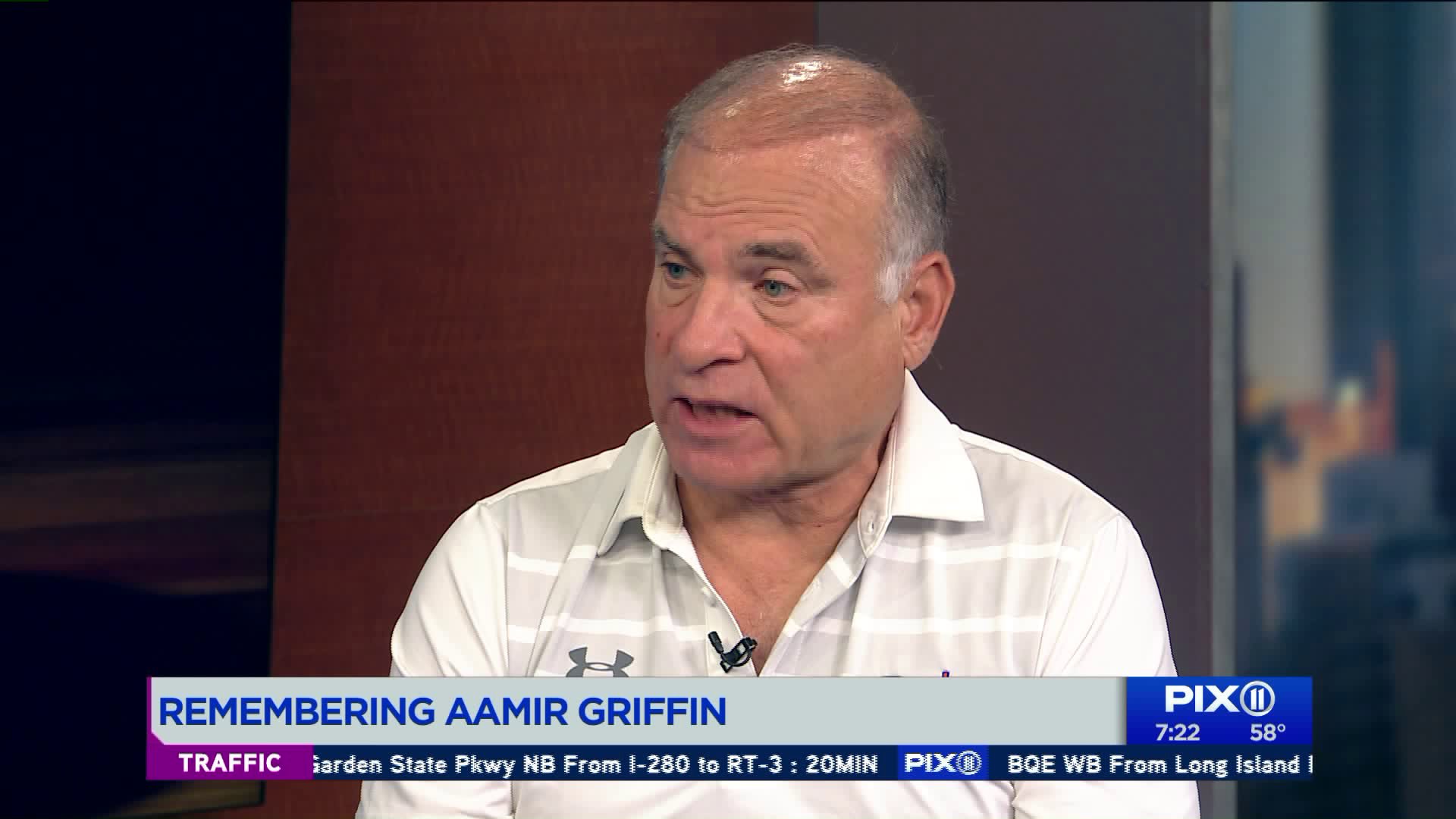 Aamir Griffin was supposed to be at his first day of basketball practice Monday. He was shot dead over the weekend playing basketball. His coach remembers him Monday morning.

"It's a tragedy. It's so sad," Coach Ron Naclerio said.

Griffin was killed by a single gunshot around 8 p.m. Saturday at a court near his home in the Baisley Park Houses

"I saw Magic play in the NBA. He had the greatest smile," Naclerio said, "Well Aamir had the same Magic Johnson smile as a 14-year-old that Magic Johnson had."