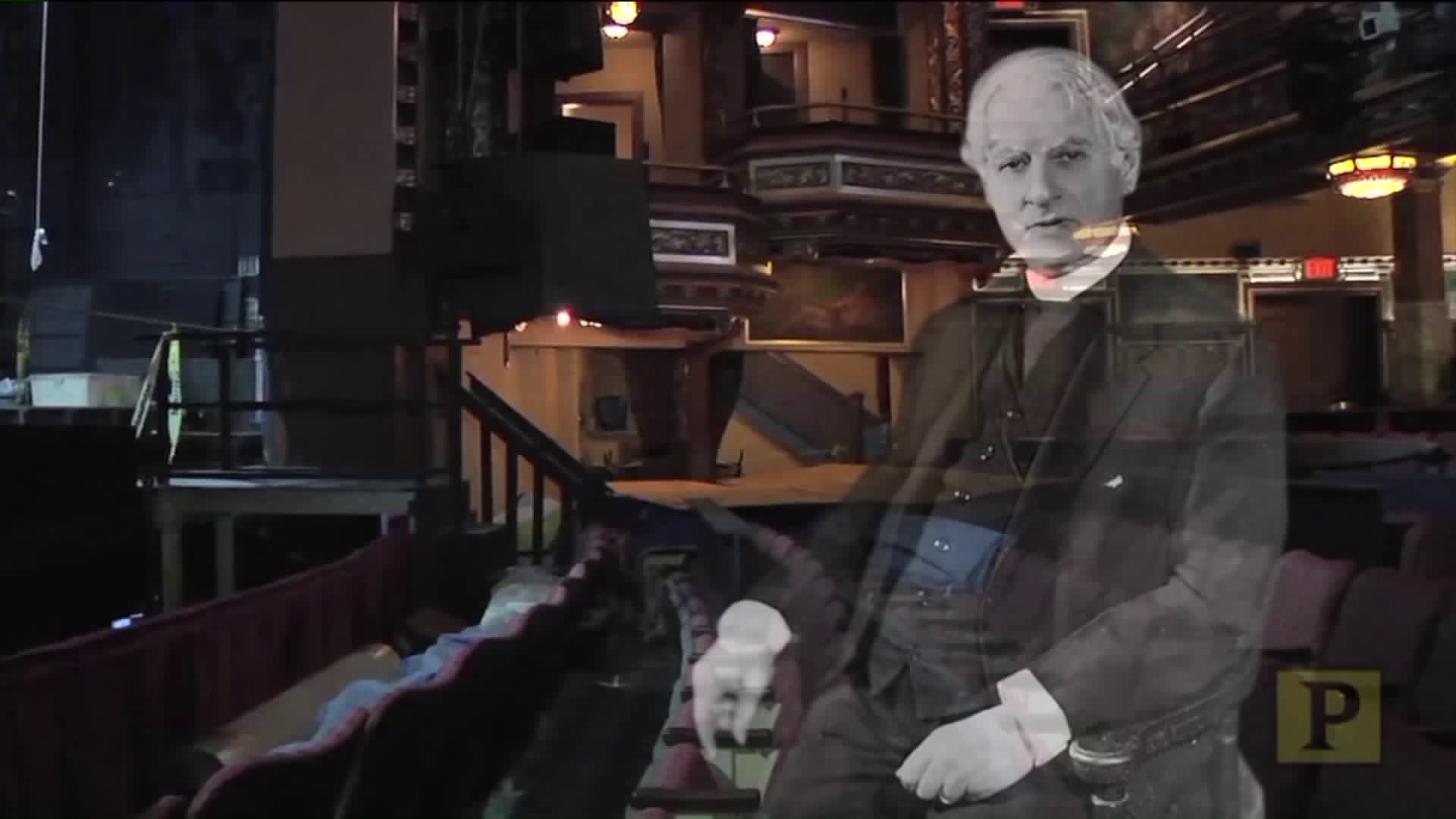 As Halloween nears, ghost stories abound. PIX11's Mr. G heads to the Broadway district to tour some of the most haunted theaters that bring the past back to life.

BROADWAY — As Halloween nears, ghost stories abound. We're headed to the Broadway district to tour some of the most haunted theaters that bring the past back to life.

Broadway has been a staple of New York since the early 1900s. Plenty of those involved in the theaters have passed, but apparently some have not moved on.I met up with Tim Dolan from Broadway Up Close Tours who took me on the most popular attraction of the season, the Ghost Light Tour!

Our first stop the Belasco.

David Belasco opened the theater in 1907, writing, directing and producing more than 100 plays. Tim says David not only worked there but lived there too.

“Looking at front of the building, there's a 10-room duplex apartment he moved into the building in 1910. Initially after he died it was every opening night when they'd first see him, and he'd appear in one spot in the balcony and he'd hold on to the rail and then he was gone.”

There have also been sightings of him in the apartment even though it’s been vacant since 1931.

And just 15 years ago, the elevator that ran up to Belasco's apartment was rumbling, when crews went to dismantle it, they realized it hadn't been connected for years.

Clyde Fitch, who was a famous playwright, died in 1908 from blood poisoning. His last play "The City" was performed at the Lyric Theater.

“At the end of the show applause for the cast was underway and over walks Clyde Fitch whose been dead for three-and-a-half months takes a bow then disappears. They say in Broadway history it is the largest coordinated mass sighting of a person known be dead in a public space.”

The New Amsterdam seems to have a permanent resident as well. We met up with Dana Amendola, who has been with the theater for over 20 years.

Dana told us of the story from 1997 when a night guard was on duty.

“He feels a pressure behind him it's 2 a.m. in the morning, he looks over his shoulder and sees a woman in a green beaded gown, tight headdress. She walks from one side of the stage to the other, turns, blows him a kiss and walks through the wall to 41st street.”

It's believed to be the ghost of Olive Thomas, a Ziegfeld girl who died an untimely death in 1920.

“People have encountered her usually when something changes in the theater like a new show. When something is disrupted that's when people see her. That's why at this building every entrance and exit we have a photo of Olive Thomas. We blow her a kiss and say goodnight before we leave.

As for why the tour is called the "Ghost Light” tour, if you didn't know the “Ghost Light" is a single light left on overnight in every Broadway theater to ward off spirits and keep the stage safe for actors.