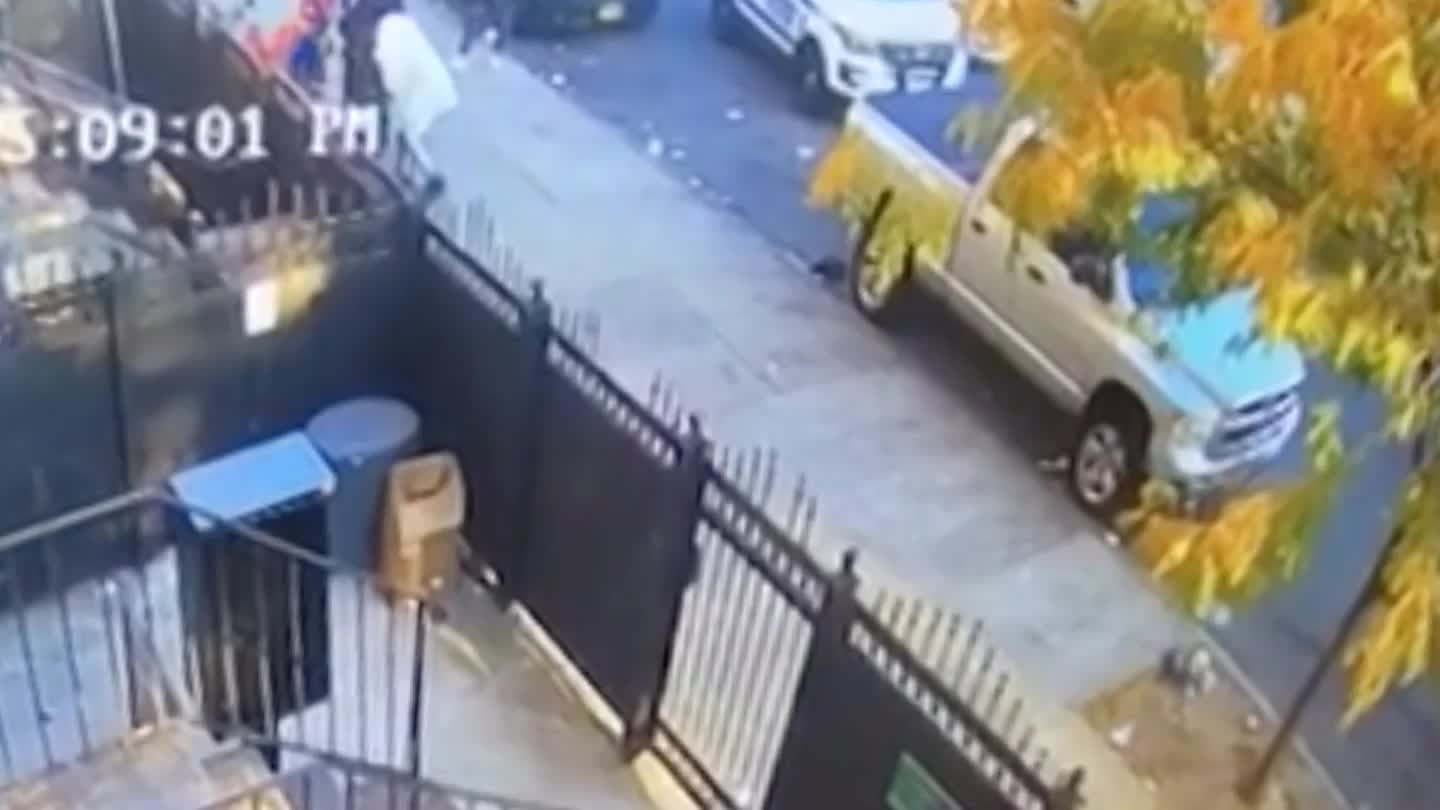 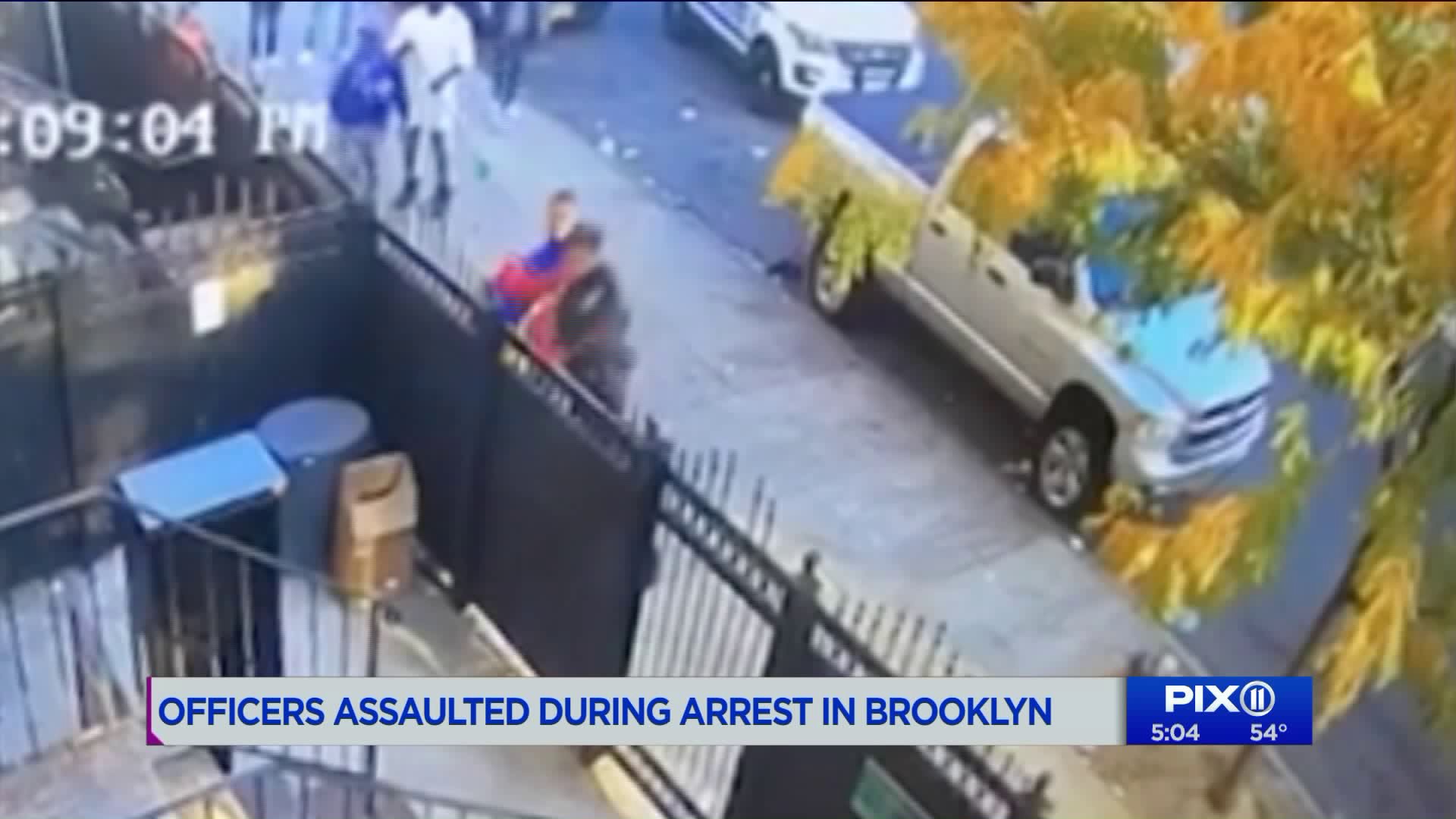 BROOKLYN — Two offers were attacked from behind while attempting to detain an allegedly unruly man in Brooklyn, and the entire melee was caught on surveillance cameras, PIX11 learned Friday.

The violent brawl happened near Vernon and Lewis avenues around 5:27 p.m. on Tuesday, according to NYPD officials.

Two officers were conducting patrol when police said they spotted Bryan Williams, 29, drinking alcohol from an open container. As officers approached, Williams fled, according to police.

Officers were able to apprehend Williams and put him in handcuffs when he began to resist, according to police.

At that point, another man — 37-year-old Darnell Brown — began attacking the officers before fleeing, according to police.

Surveillance footage provided to PIX11, and seen in the video below, captured the assault.

Both Williams and Brown were later arrested.