Follow-Up Friday: From across the city to a NYCHA rally 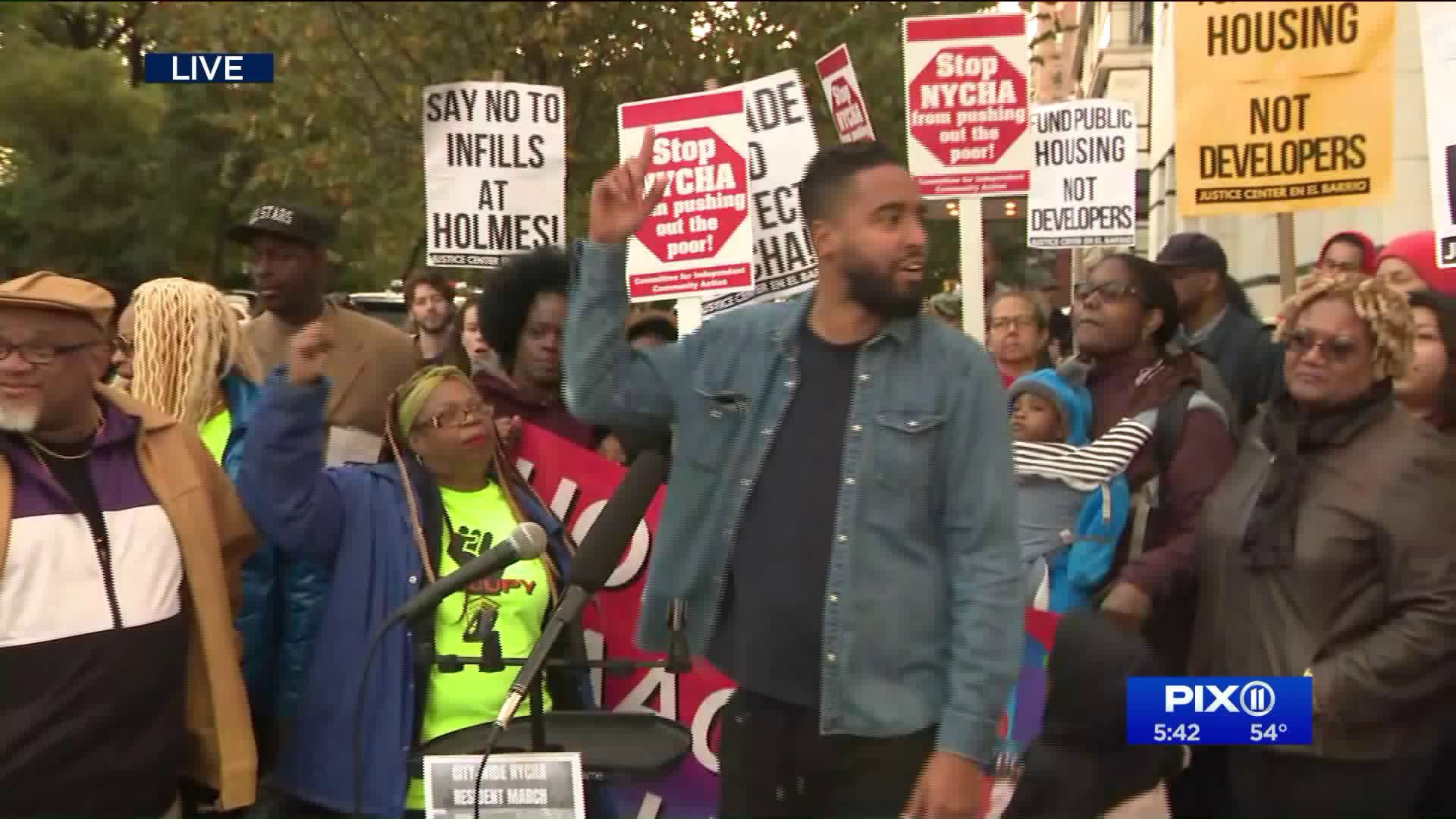 PIX11`s Monica Morales introduces some of what she`s been up to this week and tells us about a rally to keep public housing public.

Here are some of the stories she got into.

About 100 protesters from all across the city marched from Holmes Towers at 92nd Street and 1st Avenue to Gracie Mansion Friday night with one message: keep public housing public.

Waiting for a transfer

Luz Nazario lives at the Parkside Houses in the Bronx.

Nazario had been waiting for a transfer to another apartment, a lower floor, after suffering a recent stroke.  The apartment she is living in now is falling apart, she has mold in her kitchen, and her apartment is infested with roaches.

According to NYCHA the vacancy rate in NYCHA is less than 1 percent, that translates into just 187 vacant apartments across the city in NYCHA. Nazario says after waiting for years, she finally got a transfer to another apartment. But Nazario says it’s in worse condition than the one she has now.

Nazario says just wants repairs to be done her new apartment, so she can live in a safe clean home with her two dogs. When she tweeted her housing problem, Cynthia Tibbs and Viviana Wrenn, two moms who PIX11 has helped with housing problems in the past, sprung into action.

We helped Wrenn, get repairs back in December. Wrenn personally visited Nazario, giving her support and a hug.

“It’s like a little army I’m so thankful. I feel something good is going to happen,” said Nazario.

A NYCHA spokesperson says, “NYCHA prioritizes immediate health and safety concerns in our residents’ homes. We ask that all residents continue to use the MyNychaApp or call the Customer Contact Center at 718-707-7771 to create a work order ticket for any maintenance needs.” Staff will reach out to resident regarding repair requests at her current apartment. Once a resident moves out of a NYCHA apartment, staff inspects for and schedules any necessary repairs before the next resident can move in. Staff will typically show an apartment to a resident before repairs are completed to ensure the new apartment meets the resident’s needs before move-in.

Nazario got an emergency check and moved into her new apartment.

It was a rally and prayer service led by a group called Occupy NYCHA inside the lobby of the Corsi Houses in Harlem Tuesday.

It was just last week PIX11 told you about 82-year-old Mabel Scott’s bathroom, it was falling apart. Scott’s sister passed away last month, her nephew ronald topping reached out to PIX11 to help his aunt Mabel get repairs.

After PIX11’s story, nycha sprung into action. A group called Occupy NYCHA was watching and now wants all the apartments and all the seniors here at the Corsi houses to get repairs.

“Mabel’s movement has touched almost everyone in this building,” said Carmen Quionones, from Occupy NYCHA.

Eighty-year-old Roy Morris says he’s had a leak and mold in his bathroom for over a year.

NYCHA is working with the seniors to make fixes.