Vigil for Puerto Rico shooting victims in the Bronx 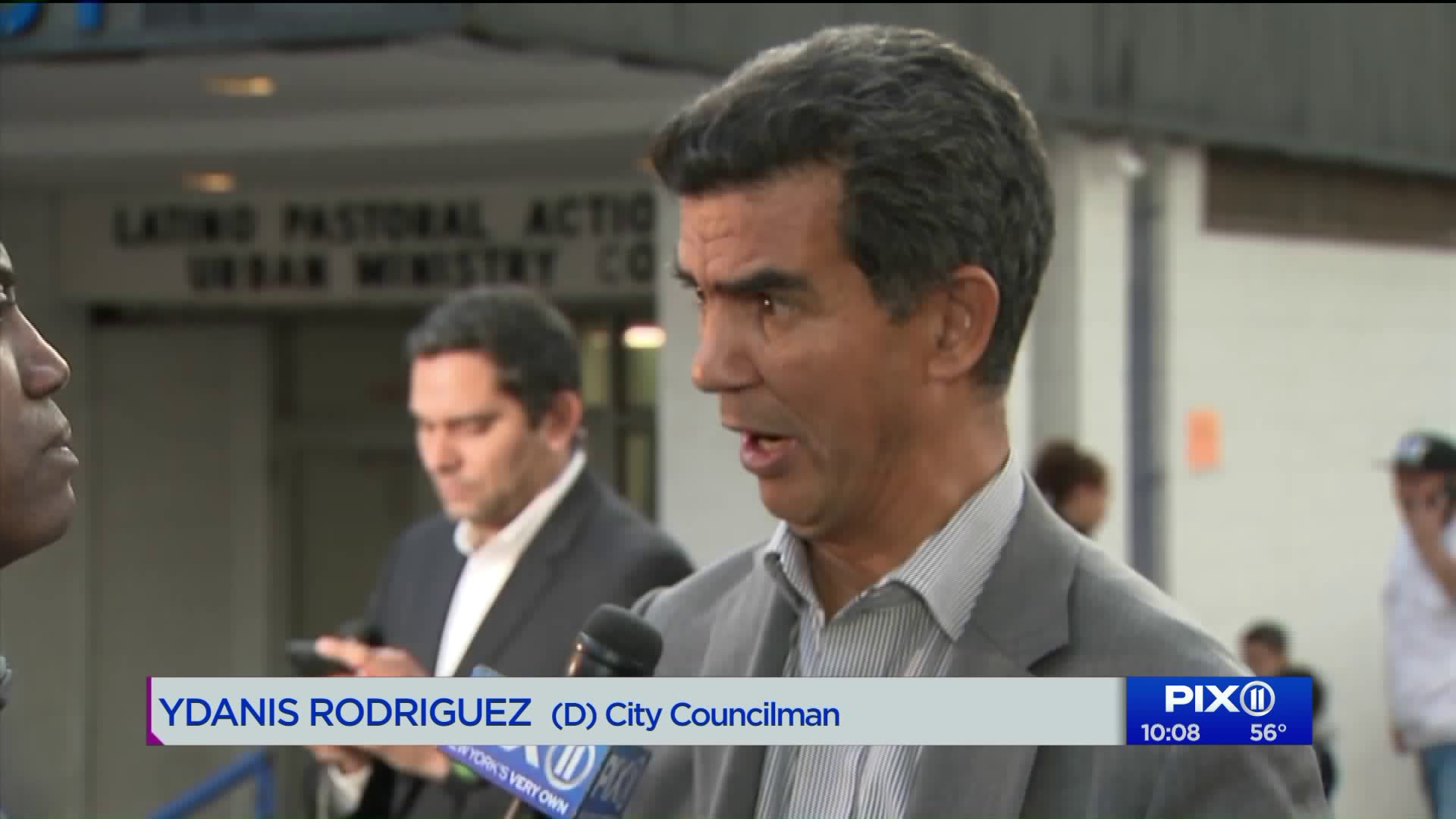 On a Bronx sidewalk Tuesday afternoon, Councilman Ydanis Rodriguez led a coalition of religious and community leaders arguing this vigil is necessary to raise awareness not just about the plight of gun violence in Puerto Rico.

THE BRONX — The sounds of war, not from a battlefield but in a neighborhood setting at a public housing development in Puerto Rico.

Suspects reportedly fired a thousand rounds in a gang related shootout that left at least six people dead and a half a dozen others injured.

“There's no reason that citizens need regular access to these machine guns and weapons that can kill so many people in a short period of time," said vigil co-organizer Joel Rivera.

On a Bronx sidewalk Tuesday afternoon, Councilman Ydanis Rodriguez lead a coalition of religious and community leaders, arguing this vigil is necessary to raise awareness not just about the plight of gun violence on the island and the state of the island itself.

“This is about Puerto Rico being treated as a third-class citizen," said Councilman Rodriguez. "This would never happen, you know the way this has been covered so far, it's like this didn't happen yesterday in a place that belongs to the United States of North Americans."

The fact of the matter is, this kind of violence is unfortunately, nothing new on the island of Puerto Rico.

“The problem in Puerto Rico and think about it — a small island, 135 miles by 35, has more guns, automatic weapons — you saw the video. That sounded like Syria," said Julio Papon of Latino Sports. "It sounded like Afghanistan, but the bottom line is, Puerto Rico has no factories that make guns."