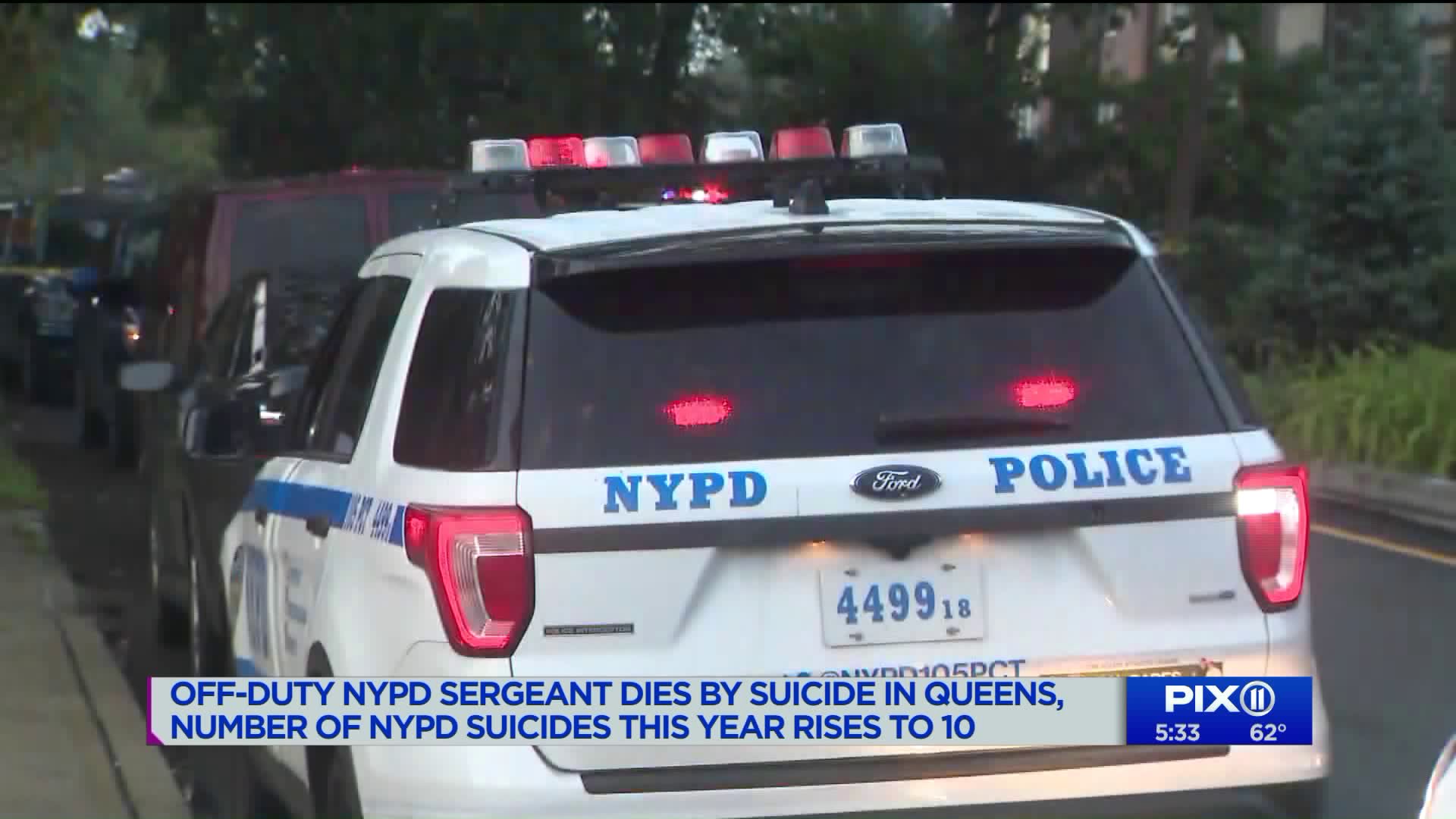 An off-duty police sergeant died from a self-inflicted gunshot wound Tuesday night, an NYPD spokesperson said. Nine NYPD officers and a retired sergeant have died by suicide this year. If you or someone you know is considering suicide, contact the U.S. National Suicide Prevention Lifeline at 800-273-TALK (8255).

Authorities responded to a call around 9:30 p.m., after his wife found him when she got home, according to the police.

The 33-year-old officer was taken to an area hospital where he was pronounced dead.

Sergeant Linhong Li was a seven-year veteran of the NYPD.

Nine NYPD officers and a retired sergeant have died by suicide this year.

"Police suicides have become a mental health crisis of epic proportions," Sergeants Benevolent Association President Ed Mullins said. "While we can speculate about what demons caused Sgt. Li to take such drastic action, what is undeniable is that more police officers commit suicide each year than are killed by armed adversaries."

John Petrullo is the director of POPPA, Police Organization Providing Peer Assistance, a completely volunteer, peer based program created in 1996 in response to 26 suicides within the NYPD in 1995.  POPPA is cops helping cops and the foundation of their work is an active hotline manned 24 hours a day, seven days a week.  They said this year there was a noticeable increase in the calls they received.

POPPA works independent of the NYPD, but receives the department’s wholehearted support and partnership though no information is ever exchanged between the two groups.  Anonymity and privacy when dealing with suicide prevention, particularly amongst members of law enforcement is crucial to the work they provide.

PIX11 has organized resources available to officers and their loved ones here, at PIX11.com/OfficerMentalHealth.

The NYPD offers multiple resources for the emotional and physical toll the job takes on those in the force.

On their website, the NYPD lists numbers for their Employee Assistance Unit, Chaplain’s Unit, peer assistance program, and other resources.