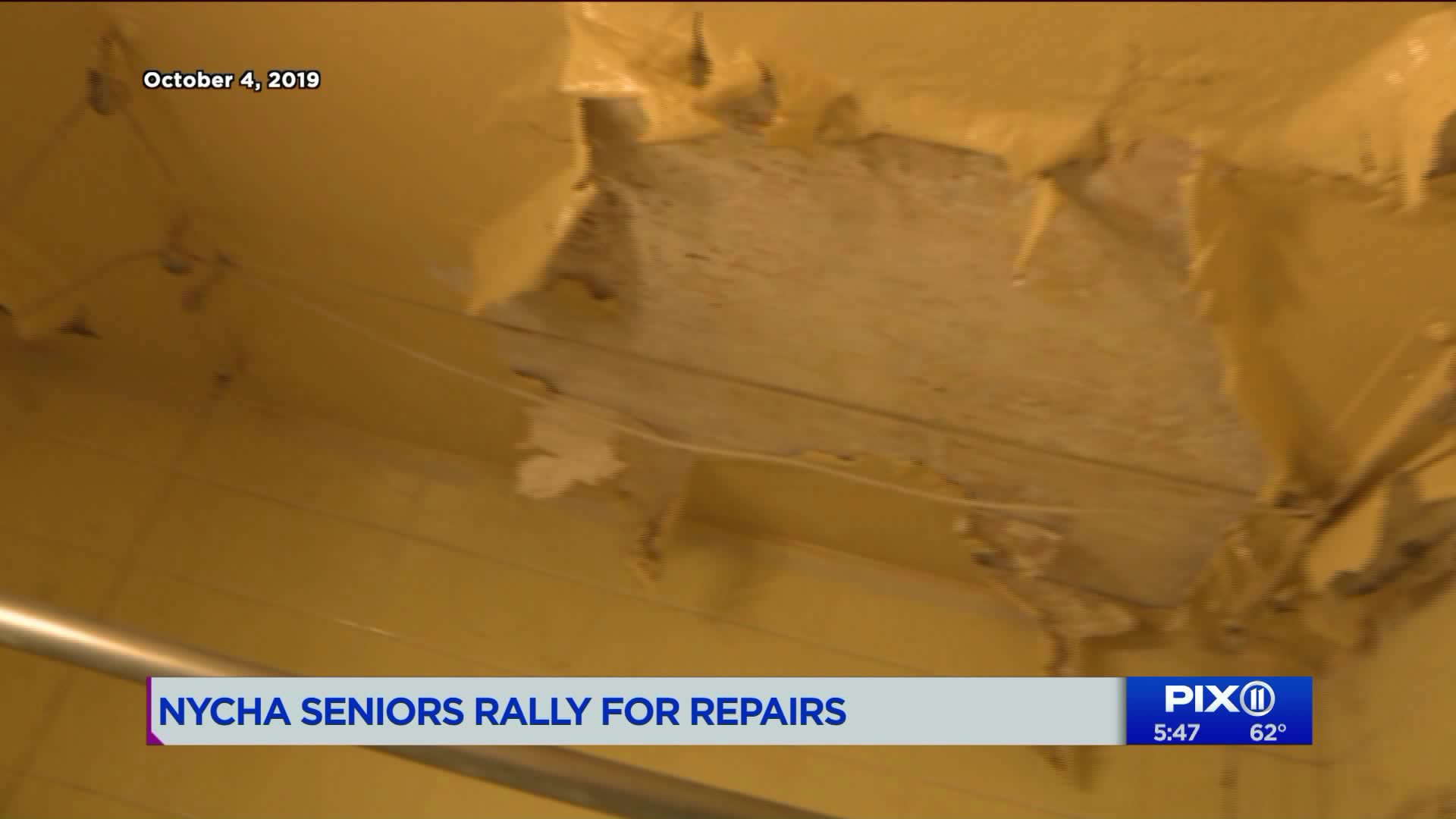 HARLEM — It was a rally and prayer service led by a group called Occupy NYCHA inside the lobby of the Corsi Houses in Harlem Tuesday.

Scott’s sister passed away last month. Her nephew Ronald Topping reached out to us, asking us to help his aunt Mabel get repairs.

After our story, NYCHA sprung into action.

A group called Occupy NYCHA was watching, and now wants all the apartments and all the seniors at the Corsi houses to get repairs.

“Mabel’s movement has touched almost everyone in this building,” said Carmen Quionones from Occupy NYCHA.

80-year-old Roy Morris says he’s had a leak and mold in his bathroom for over a year.

A NYCHA spokesperson told PIX11 "NYCHA seniors are important to us, we take their concerns seriously and we will work with residents directly to ensure their maintenance and repair needs are addressed."