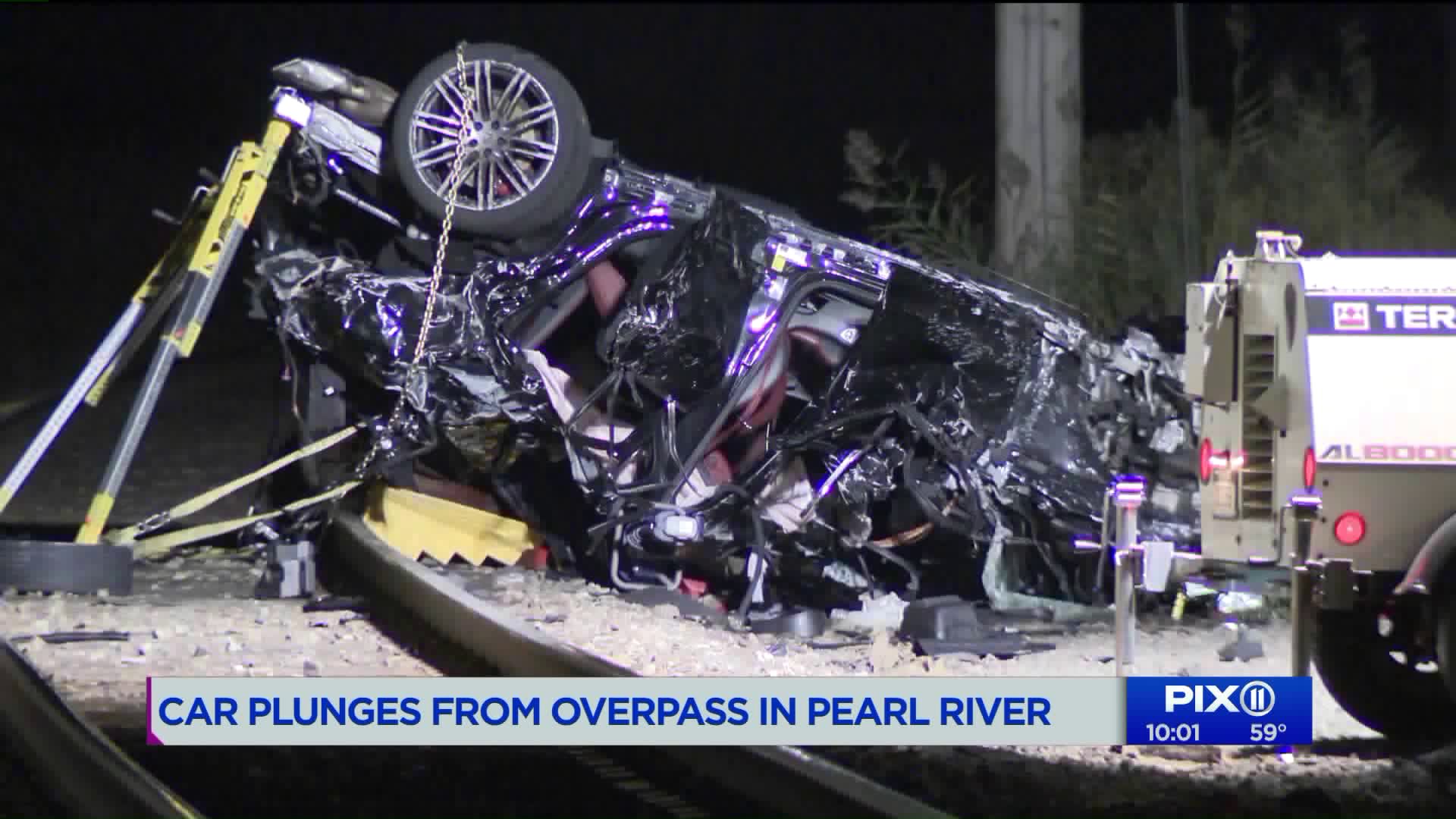 Passengers in a vehicle were seriously injured Sunday when it plunged off an overpass in Pearl River, a hamlet in Rockland County, and crashed onto New Jersey Trainsit train tracks below before catching on fire, Orangetown Police said. Three passengers were in the vehicle when it fell from Route 304 and overturned onto the New Jersey Transit rail tracks below, near Crooked Hill Road in the Hamlet of Pearl River, according to police. Authorities described the incident as a multi-vehicle accident and said multiple occupants in the vehicle that fell were seriously injured. 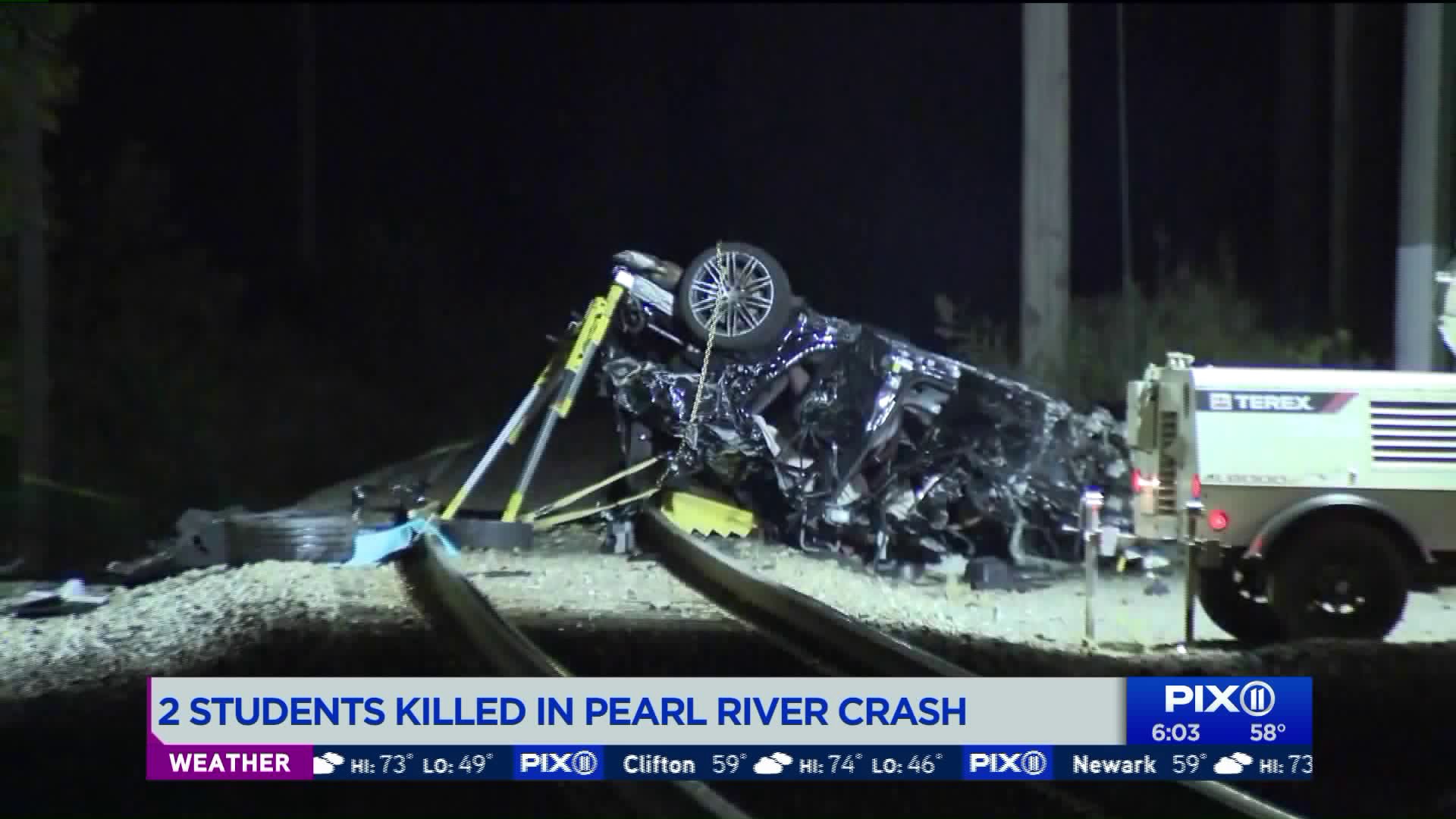 PEARL RIVER, N.Y. — Two teens were killed and a third was seriously injured Sunday when their car plunged off an overpass in Rockland County, crashing onto train tracks below and then catching on fire, Orangetown Police said.

According to authorities, the Porsche that the three teens were traveling in fell from an overpass on Route 304, near Crooked Hill Road, and overturned onto the New Jersey Transit rail tracks below, in the Hamlet of Pearl River, during an accident also involving a Volkswagen Jetta.

A car that fell off a Pearl River overpass and onto train tracks, police say. (PIX11 News)

The driver of the Jetta was not injured in the incident.

Two passengers in the Porsche, 15-year-old Saniha Cekic and 17-year-old Altin Nezaj, were taken to area hospitals where they were pronounced dead, according to police.

One of the teens killed was a student at the Pearl River High School. Despite school being closed Monday, grief counselors are available at the school from 10 a.m. to 1 p.m. Counselors will continue to be available at all of the schools in Pearl River's district for the week.

Authorities said the driver of the Porsche, 17-year-old Aisha Radoncic, was taken to a local hospital with serious injuries.

Police said Route 304 in the area will be closed for the foreseeable future due to the active investigation.

NJ Transit service was temporarily suspended in both directions along a section of the Pascack Valley Line due to the car on the tracks, the transit organization tweeted just before 6 p.m. Sunday. Service has since resumed as of 1:42 a.m., the agency tweeted.

Anyone who may have witnessed or has information that could help the investigation is asked to contact the Orangetown Police Detective Bureau at (845) 359-2121.