NJ man charged with DWI while riding e-scooter in Hoboken 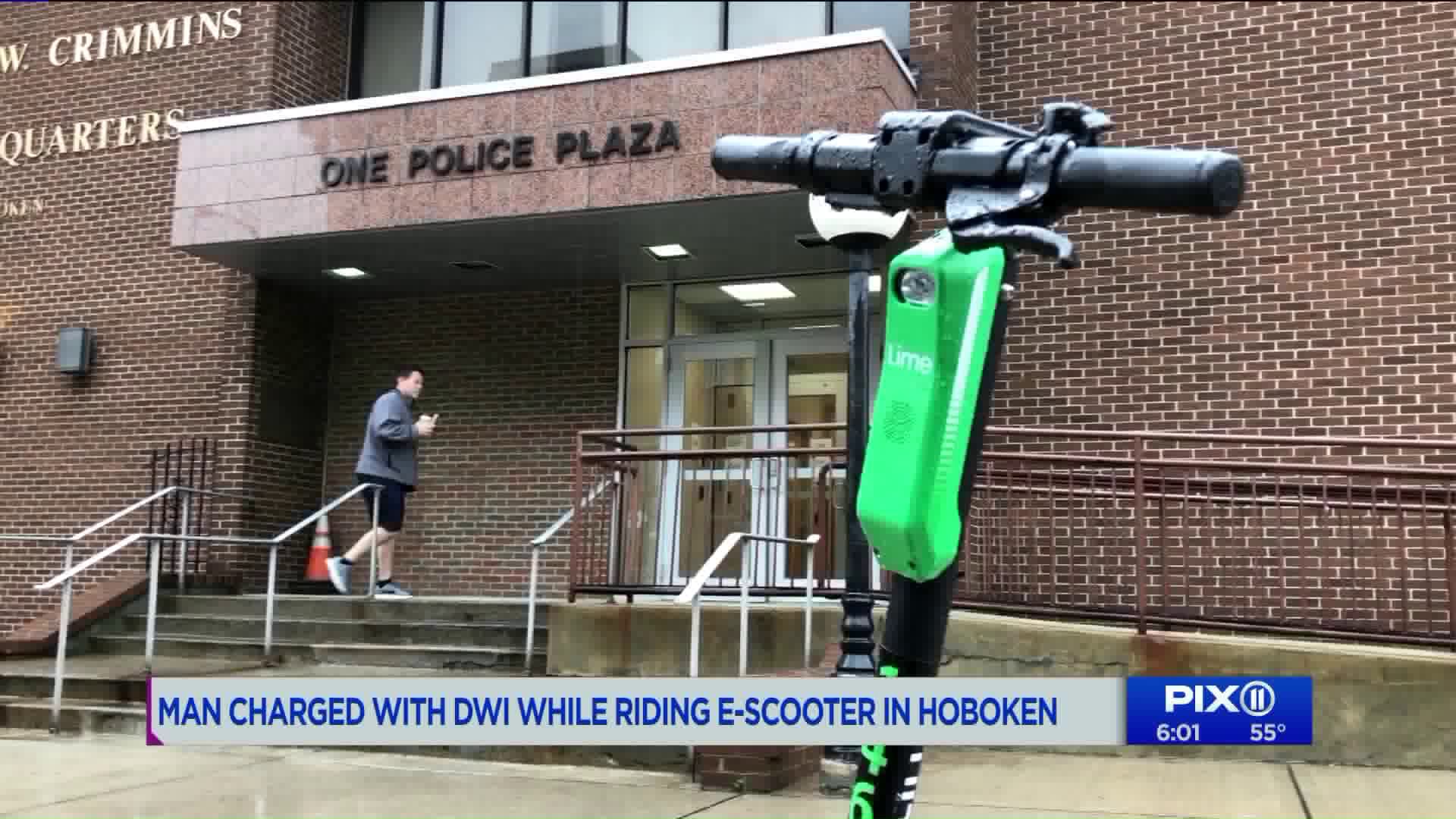 We`ve all heard of driving drunk but in Hoboken, riding a scooter drunk is now a thing.

On Sunday, a 26-year-old man was handcuffed and charged with DWI while riding an e-scooter.

According to Hoboken police, the man — identified as Nicholas Cutrone — was seen by officers as “visibly unsteady and staggering” as he unlocked a scooter near Newark Street.

The man got on board and took off. Officers watched as he swayed back and fourth before pulling him over.

Cutrone was arrested after failing a field sobriety test.

"Anything that’s not muscle powered in New Jersey whether it’s a large vehicle or a small vehicle or an electric bicycle or a golf cart and now e-scooters, drivers are viable to being arrested for DWI," Hoboken Police Chief Ken Ferrante told PIX11 News.

It’s the second time someone has been charged with driving while intoxicated on a e-scooter in Hoboken.

"It’s definitely convenient for the people writing them but not so much for the people driving cars so it’s kind of like a two-way street," Ferrante added.