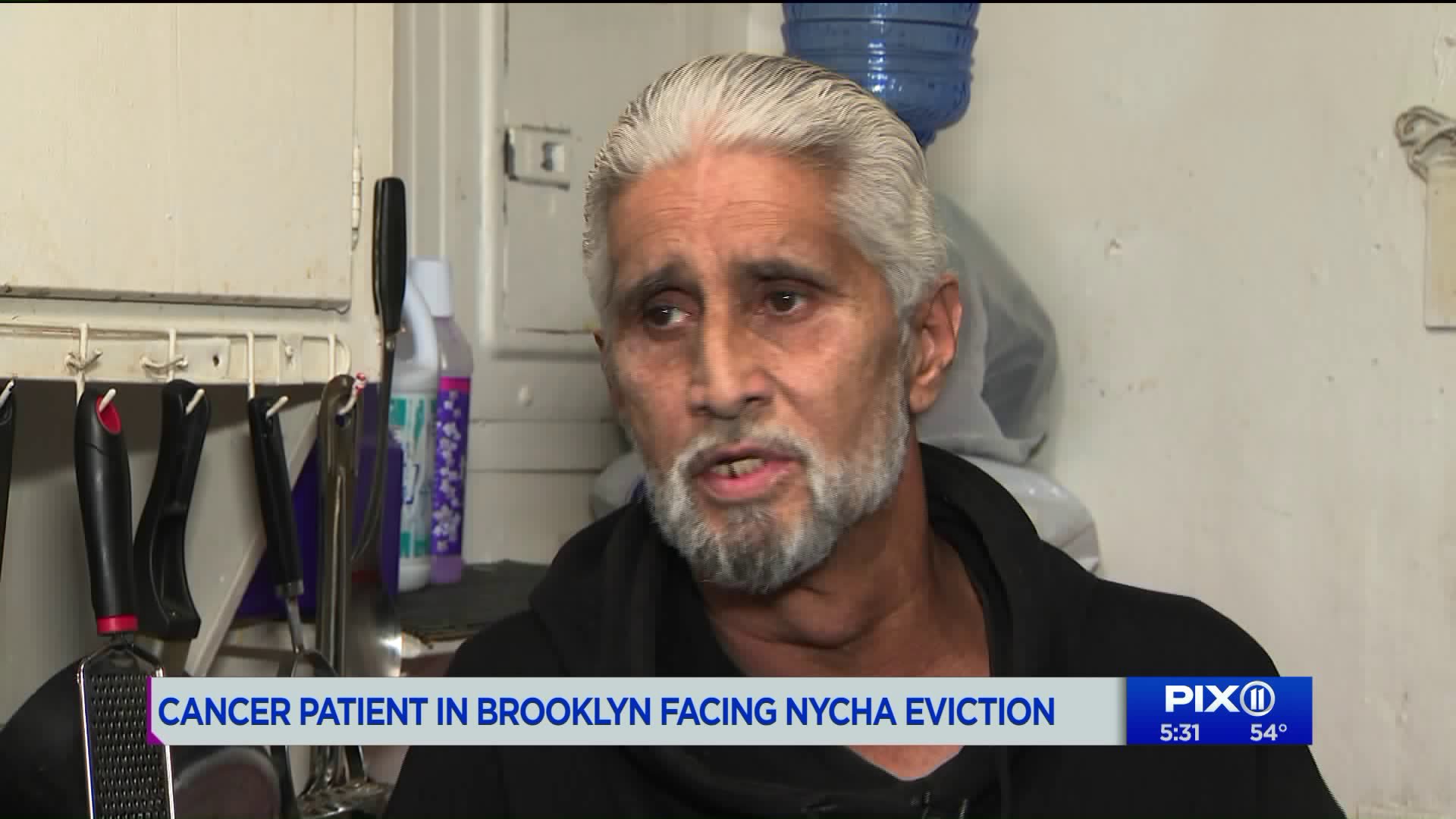 William Sanchez is battling both stage four cancer of the liver and throat, as well as NYCHA.

BROWNSVILLE — William Sanchez is fighting both stage 4 cancer of the liver and throat, as well as NYCHA.

His mother moved into an apartment in Brownsville’s Woodson Houses in the late 1980s. Sanchez says he moved in with her in 2015 after she became gravely sick. His mother tried to add him as an official resident of the apartment several times before her death in 2016.

"This is like home, everybody knows me in the neighborhood," Sanchez told PIX11.

"The same day she passed away, the next day they wanted me to turn in the key," he said. A short time later, Sanchez was diagnosed with cancer.

In between his chemotherapy treatments, Sanchez and his attorney were in housing court, hoping NYCHA would reconsider.

Sanchez’s Legal Aid attorney, Michael Klinger, acknowledges they are all out of legal options to fight the eviction (they’ve been in housing court for months) but they hope NYCHA will show some compassion for the 64-year-old as he fights for his life.

Sanchez was supposed to leave by Monday. Klinger says that earlier Wednesday, a judge gave them a small break.

"On October 21, Mr. Sanchez and our office will have an opportunity to ask for more time," Klinger said.

If Sanchez is evicted, he'd enter a homeless shelter or move in with his daughter in Connecticut. He says both options would make getting treatment much more difficult.

"What we want is for NYCHA to consider whether or not evicting him is really what their mission forces them to do," Klinger said.

"I've just been fighting back and forth," adds Sanchez.