Alleged Trinitarios members arrested in gang raids in the Bronx 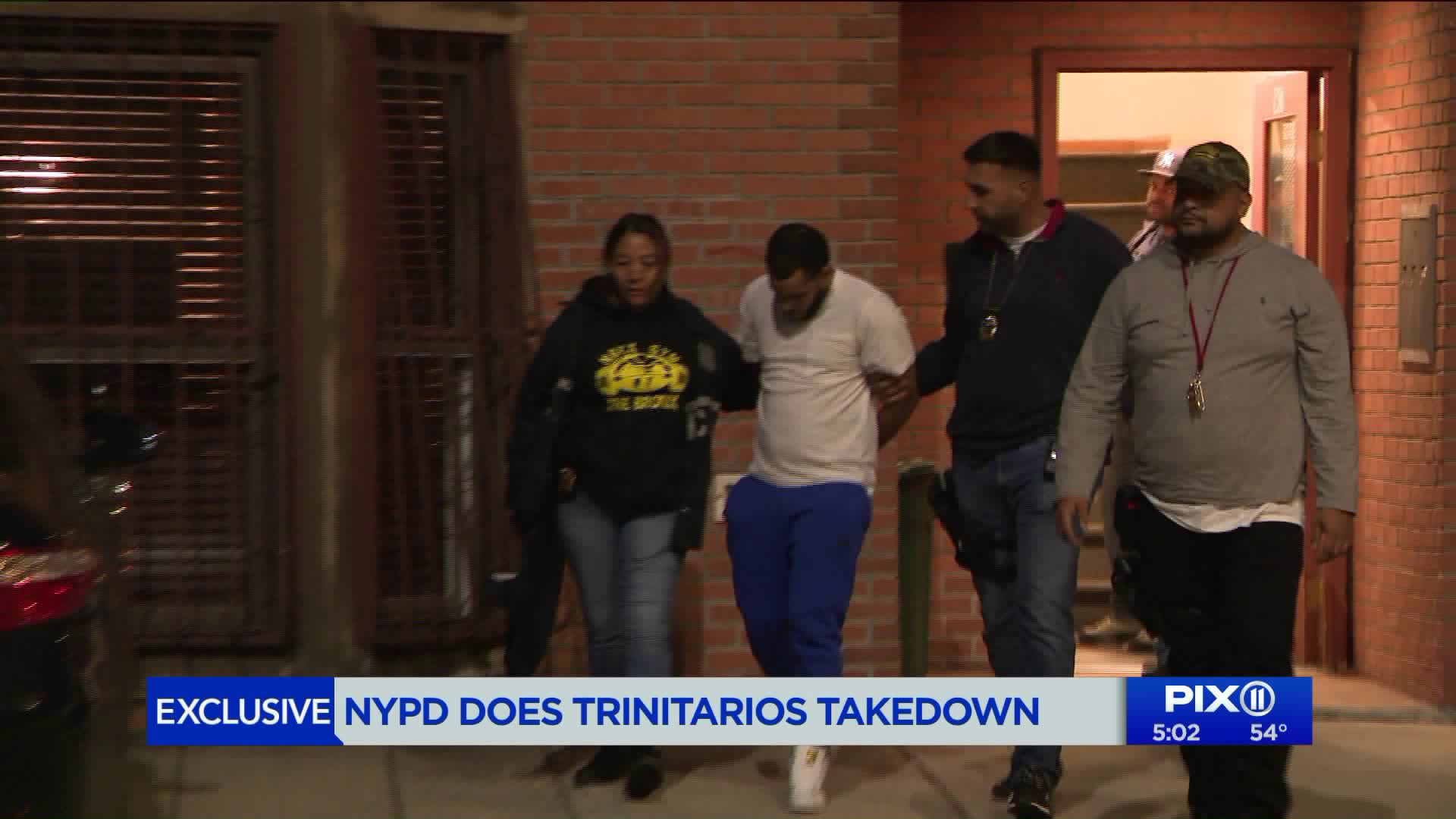 Cops in helmets and body armor were banging on the front door of an alleged Trinitarios member. In all, 10 were arrested Wednesday PIX11 was the only station there. Mary Murphy reports.

Police were looking for more than 10 men tied to the Los Sures set of the Trinitarios gang, many of them in the Bronx, a source told PIX11's Mary Murphy.

Police arrested the alleged current leader of Los Sures at a three-family house in the Soundview section of the Bronx in Wednesday's raids.

He's said to be the replacement for Diego Suero, who's facing an upcoming trial for second-degree murder in the killing of Lesandro "Junior" Guzman-Feliz.

Other members of Los Sures were charged earlier in the brutal murder of 15-year-old Guzman-Feliz in June 2018 outside a Bronx bodega.

Five people have been convicted of murder in the first degree in the teen's fatal stabbing and face sentencing this Friday.

The current case connects the men with stabbings and assaults in Upper Manhattan, dating back to 2017.

Officials said Wednesday charges for the 10 men taken into custody include conspiracy, attempted murder and gang assault. Police said the men committed "very vicious acts of violence with knives and machetes," and that they were "random acts of violence".

One of the Guzman-Feliz' killers, Elvin Garcia, is charged in this new case.

Another suspect being taken into custody Wednesday was accused in the 2018 stabbing of a 14-year-old boy on the Bronx River Parkway, just two days before Guzman-Feliz was killed.

Wednesday's arrests are not directly tied to the killing of Guzman-Feliz, but officials said the slaying of the Bronx teen widened their investigative efforts.