Drug store crime on the rise on Upper East Side 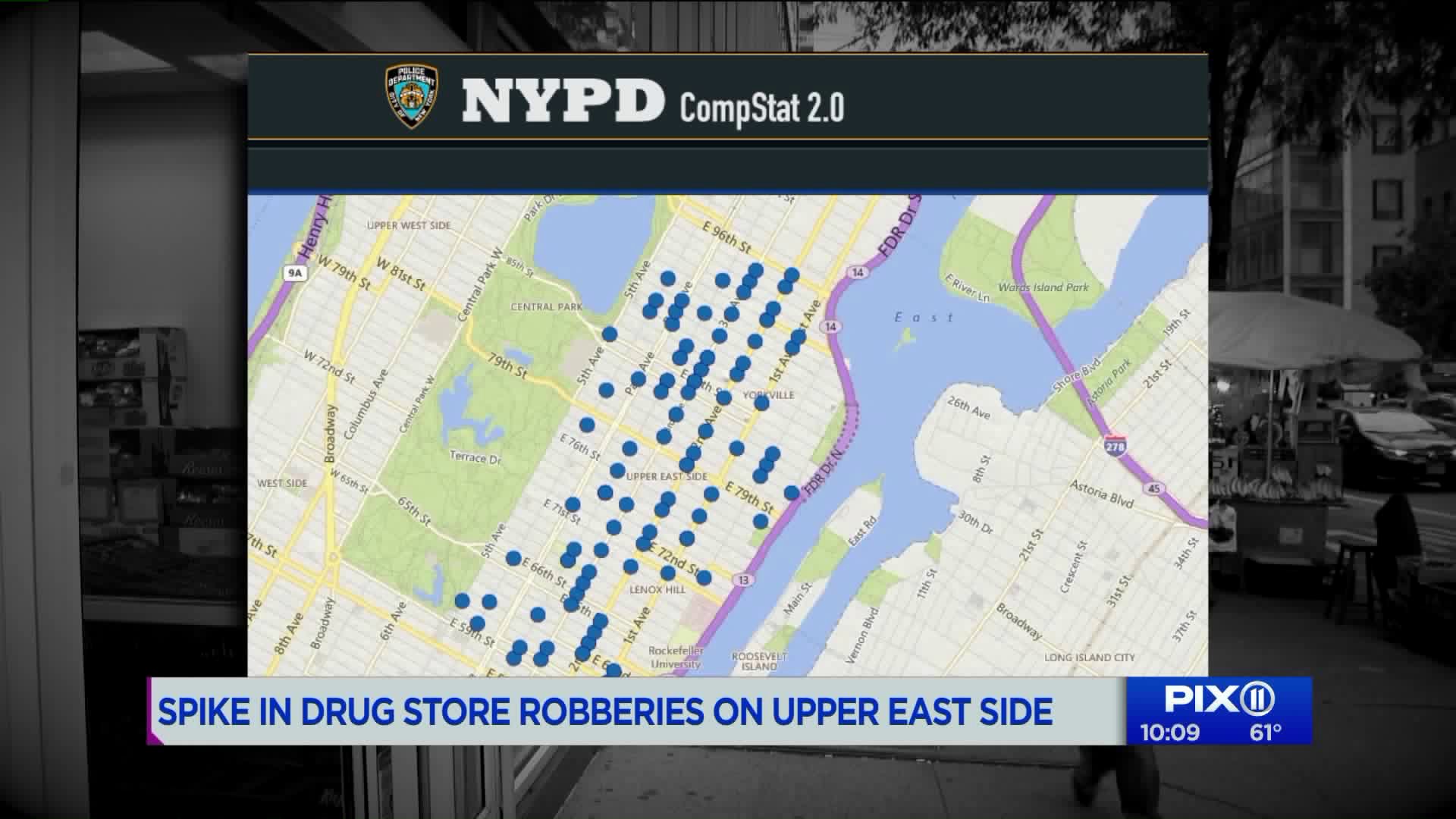 Everyone from shoppers, to store employees to police are acutely aware of a pattern of a trend of drug store theft and robberies on the Upper East Side.

UPPER EAST SIDE — Everyone from shoppers, to store employees to police are acutely aware of a pattern of a trend of drug store theft and robberies on the Upper East Side.

The dozens CVSs, Duane Reades and Rite Aids in the area have been hit multiple times. A manager of one Duane Reade said sometimes it’s just a kid going after some candy, but more often than not it is a addict looking to grab cosmetic or nutritional products to sell for a few dollars worth of drugs.

A clerk said often times thieves linger outside to wait for the right opportunity to rush in to steal, and police statistics back up the feeling on the ground.

Police at the local 19th Precinct say petit larceny is up 29 percent this year, with nearly half the crime happening in drug stores.

Just a few days ago, after robbing a CVS at knifepoint for soap and candy, a suspect crashed his getaway car. Monday police released information about Sgt. James Gebhard, who hard to preform CPR to save a suspect who had a heart attack fleeing a CVS with 50 pounds of a nutritional drink.

Police point to lack of security guards at the stores and weak jail policies that allow low level repeat offenders to hit the same stores again and again. Despite the increase in crime, arrests have also increased as police attempt to keep pace.