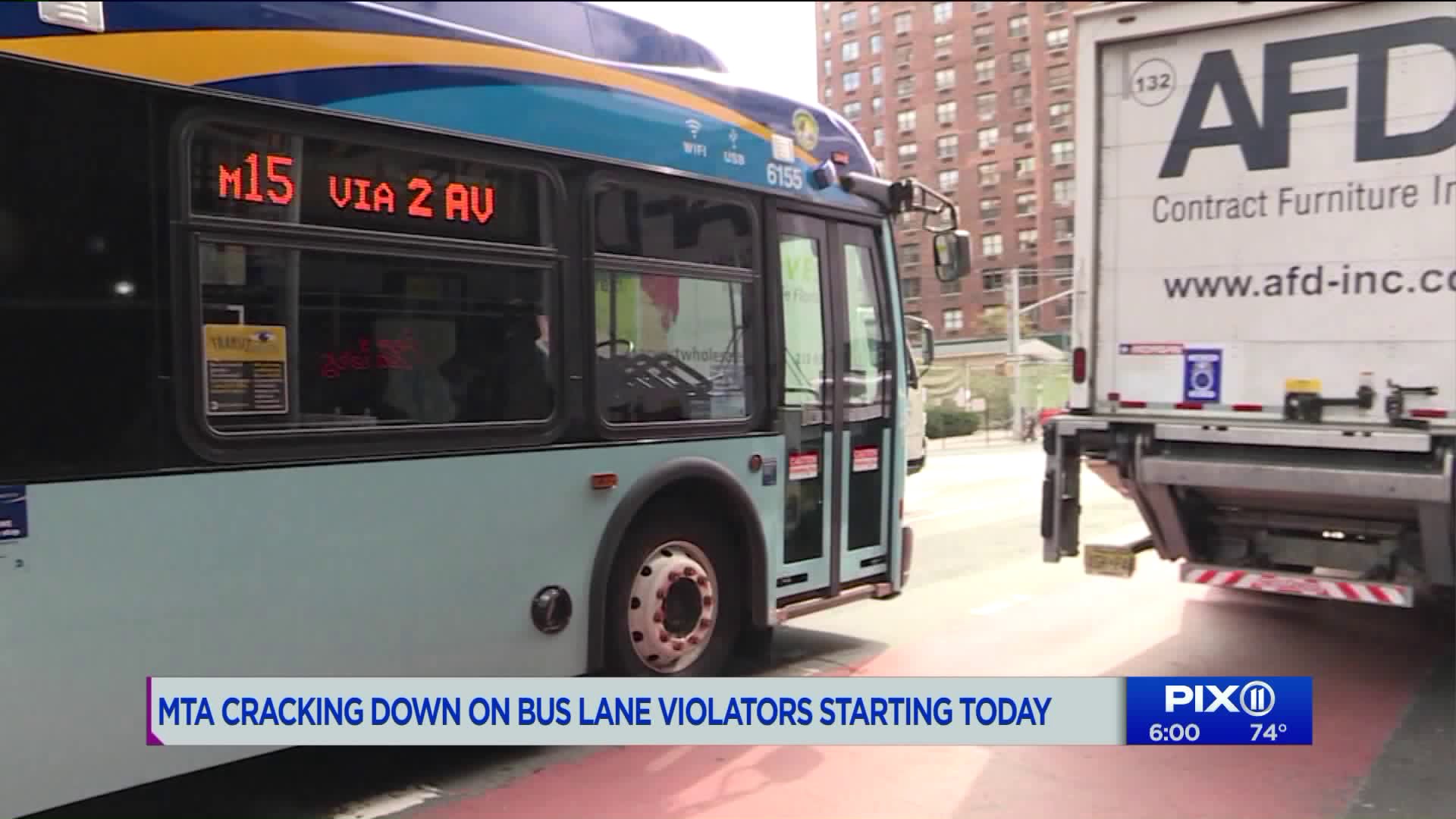 "Say cheese," it`s the message the MTA has for drivers who park and drive in the bus lane.

NEW YORK — "Say cheese," it's the message the MTA has for drivers who park and drive in the bus lane.

Starting Monday, 51 buses equipped with automated camera systems will start snapping real-time photos of vehicles that block certain bus lanes, specifically the M15 Select Bus Service route along 1st and 2nd Avenues, The crack down is all part of an effort by the MTA to increase bus speeds.

The average bus speed in New York City currently falls just above 8 mph which is nearly twice as fast as the M15 bus route which averages 4.8 mph.

Even though the cameras officially start monitoring drivers this week, the city will only be issuing warnings. The grace period lasts for only 60 days. After that, fines will start at $50 for the first offense and then could go as high as $250 for repeat offenders.

The MTA says drivers making legal left or right turns while in the bus lane will not be targeted. In addition to the M15, the automated bus lane enforcement (ABLE) program will also go into affect along the B44 in Brooklyn and M14 in Manhattan by the end of November.